Two of Canada’s top insurers have zeroed in on Asia as key to their growth, and may be ready to shell out more than US$2-billion to boost their presence there.

Sun Life Financial Inc. and Manulife Financial Corp. are listed among about a half dozen interested bidders for the Singapore and Vietnam operations of Aviva PLC, according to media reports this week.

The assets being auctioned by Britain’s Aviva could be worth US$2-billion to US$2.5-billion, Reuters reported, citing unnamed sources. Other interested players are said to include global heavyweight Allianz SE of Germany and Japan’s Nippon Life Insurance Co. and MS&AD Insurance Group Holdings.

For the Canadian players, Asia’s favourable demographics are a key draw. Several countries there are experiencing rapid population growth and a burgeoning middle class, creating a fertile environment for selling insurance policies and offering group benefits. Asia also offers some insulation from the West’s interest-rate risks; fluctuations in rates can mean big swings in insurers’ profitability, because of their large investments in interest sensitive securities, such as bonds.

Sun Life and Manulife, both based in Toronto, are mum on whether they are in the running for Aviva’s business, but the assets certainly fit with their corporate messaging about Asian ambitions and potential deals. The region has already proven to be highly lucrative for the insurers, which are faced with limited acquisition opportunities at home given the dominance of the major banks in the sector.

“Both have significant excess capital to entertain bids for Aviva’s Singapore and Vietnam business,” said Scott Chan, analyst at Canaccord Genuity. “Also, we believe Asia is likely high on both firms’ wish lists using excess capital to meet their above-average earnings growth target in that region.”

In second-quarter results, Sun Life reported its individual insurance sales rose by a fifth in Asia. The company has long-established operations in seven countries there, including China, and its underlying profit has tripled over the past half-decade. It has been on a hiring spree in the Philippines and Hong Kong of late, adding to its roster of agents by 37 per cent and 9 per cent, respectively.

“The majority of our insurance business is either from group businesses or from Asia, which are less impacted by the decline in North American and European interest rates,” Dean Connor, Sun’s Life’s chief executive officer, said during a recent conference call.

The company declined to comment on interest in Aviva’s business, but spokesman Noah Zatzman said Asia remains one of four strategic priorities – the others being its Canadian, U.S. and asset-management businesses.

Sun Life’s shares are up 31 per cent this year, and at a current price of about $59, its market capitalization is around $35-billion, so an acquisition of the size on offer would not be onerous.

Manulife has also touted its Asian presence, with good reason. In the second quarter it reported a 12-per-cent jump in core earnings in its operations in 10 countries, including Singapore and Vietnam. Asia provided its highest profit, at $471-million.

“So we feel really good about the strength of the franchise and the continuing focus on diversifying our business,” CEO Roy Gori said last month.

The company did not respond to requests to comment. Manulife’s stock is up 25 per cent this year to about $24, giving it a market value around $47-billion.

Fears of a global economic slowdown or recession, which hammered bond yields, threaten to dampen long-term returns for the North America’s insurance industry. Asia has no shortage of its own risks.

In its 2019 report on the Asia-Pacific insurance industry, Ernst & Young said the region’s economies face threats from the rising tide of protectionism and trade wars, weak equity markets and local currencies, as well as fluctuations in commodity prices – especially oil. In addition, would-be buyers face strong competition from Asia-based insurers.

Still, for an acquisitive Canadian company with some excess cash, a big buy in Asia would offer instant scale in a part of the world where it has already placed its bet. 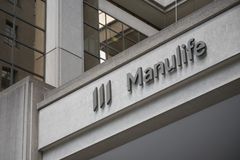 ‘We’re afraid...we might get arrested’: Canadian executives deal with the shock of a rupture with China Subscriber content
September 23, 2019 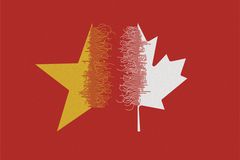 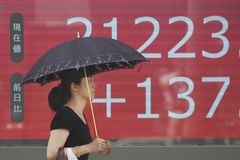