Despite that, cash is thriving.

At the end of 2020, about $100-billion worth of banknotes were in circulation, a year-over-year increase of $13.8-billion, according to a new paper by Bank of Canada staff. With typical growth rates, banknotes would have swelled by $4.9-billion last year – meaning the pandemic led to an extra $8.9-billion surge in demand.

In the early stages of the pandemic, there was a “sharp spike” of withdrawals, driven by demand for $50 and $100 bills, the paper said. Meanwhile, deposits of cash into accounts were “persistently low” through 2020. This may have been partly owing to lockdown restrictions that slowed the turnover of cash in the economy, the researchers noted.

Ultimately, the flood of demand points to a particular reaction as the health crisis escalated: People hoarded cash.

“The extraordinary increase in [notes in circulation] during this period was driven more by demand for large-denomination notes rather than for small-denomination notes, suggesting that store of value was an important factor in these developments,” the bank’s researchers said.

It’s not solely a Canadian phenomenon. Britain, the U.S. and others have seen marked increases to their notes in circulation. While there was a pandemic bump, it’s part of a long-running trend that’s been dubbed the “paradox of banknotes”: Even as people use cash less, there is ever-increasing demand for notes.

In November, the Bank of England published a report that unpacked the apparent paradox. For one, the authors noted the rising attractiveness of holding cash when interest rates are at historically low levels. The Bank of Canada’s policy rate is at a record low of 0.25 per cent, while in some countries, key rates are negative.

Furthermore, demand can rise when currencies weaken, as seen when the pound plummeted in 2016, following the Brexit vote. (Foreign investors can be significant holders of major currencies.) Finally, “there are also notable increases in cash demand when there are concerns about banks or the economy,” the BoE authors said, pointing to an uptick around the global financial crisis in 2008.

Alongside the recent spike in demand, major economies have reported a steep downturn in cash use recently.

The Bank of Canada paper showed that around one-fifth of purchases in November were made with cash, based on survey results. That was down from 44 per cent in 2013 and 33 per cent in 2017. Credit cards account for nearly half of transactions, of which about 80 per cent of payments are contactless.

The pandemic has undoubtedly forced a behavioural change on some consumers. Because of health restrictions, many stores were shuttered to in-person shopping, moving transactions online. This past May, the country registered $4.2-billion in retail e-commerce sales, about double the value from before the pandemic.

The early weeks of COVID-19 also saw many retailers refuse cash over concerns about transmission of the virus on surfaces. That prompted a statement from the Bank of Canada in May, 2020, urging retailers to accept cash.

Still, cash appears to have enduring appeal. The bank’s paper showed that, as of November, 80 per cent of Canadians said they weren’t planning on going cashless, similar to survey results from last July and before the pandemic.

“Cash use tends to be more prevalent in certain demographic groups,” the report said. “Older, less-educated, and low-income individuals use cash to pay more than other Canadians do.”

In an online article that explains its money printing, the BoE said there can also be nefarious reasons driving up demand for cash.

“Some cash may be used in the shadow economy, where activity is unrecorded and may be illegal.” 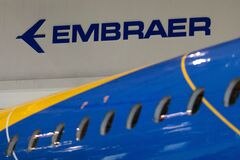 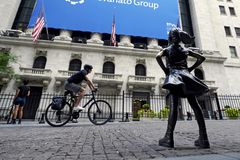