Question: “Alexa, why isn’t my business doing well?” Answer: “It could be because people are using me a lot.”

It’s an unlikely exchange, but Alexa’s pithy hypothetical reply could become a reality for many small and medium-sized businesses as voice-activated artificial intelligence assistants gain traction.

Experts believe that Alexa and Google Assistant, found in the respectively hot-selling Amazon Echo and Google Home speakers, and other AI voice helpers will profoundly change how the internet works. This new web order will put additional pressure on businesses to dominate search engine results.

“Voice-based search is winner-takes-all,” says David Soberman, Canadian National Chair in Strategic Marketing and a professor at the University of Toronto. “The value of coming first [in search] is that much higher.”

Online voice searches, where users simply ask assistants verbally for answers, are growing quickly. Google said about 20 per cent of searches in 2016 involved voice. Web tracking firm comScore predicts that will grow to 50 per cent by 2020.

Devices that house these assistants are also multiplying rapidly. Trend tracking firm Consumer Intelligence Research Partners estimates about 45 million so-called smart speakers were sold in the United States alone as of the end of 2017, while Juniper Research believes more than half of U.S. households will have at least one each by 2022.

Alexa, Google Assistant, Apple’s Siri, Microsoft’s Cortana and others are also being added to everything from refrigerators to cars. Counting smartphones, Juniper expects more than five billion assistants to be in use globally by 2022.

Their popularity is the result of their utility – they can be used to look up the nearest pizza restaurant, shop for goods and services, control smart home devices and play music. They also don’t cost much.

“This is a pinnacle year because it’s the first time you can afford to have it in your home for $40,” says Bassem Ghali, chief executive officer of Toronto-based online marketing firm Green Lotus.

Voice assistants generally use the same algorithms as browser-based search engines to look for answers to queries, but they deliver results aurally rather than visually.

On a computer or smartphone web browser, search engines serve up a full page of responses to choose from and users can click to see additional pages.

A voice assistant, however, replies with only a handful of results. Alexa, for example, might answer a query of, “Where’s the best Italian restaurant?” with four suggestions. Google Home typically offers three.

The difference stems from how people take in information. When it comes to auditory information, they want it as concise as possible.

“With that technology, it can be irritating if it starts reading off all the choices,” Dr. Soberman says. “Visually, we can process more choices.”

With visual results removed from the equation and assistants delivering fewer results, the importance of placing first – or at least very highly – in online search results is thus critical for businesses. Search engine optimization (SEO), where websites are designed specifically to rank well in Google results, becomes even more vital.

“Businesses have to have content and pages on their websites that are optimized to natural language instead of just the old way of doing things,” says David Ward, chief executive of Meticulosity, an online marketing company based in the Cayman Islands.

“Whoever jumps on that opportunity first is going to get all that traffic. It’s going to be that much harder for other businesses to catch up.”

Businesses that are already performing well in SEO don’t have as much to worry about, Mr. Ward adds, but others should consider rejigging their websites to reflect this new reality.

Voice assistants place particular emphasis on location, according to a study performed by Green Lotus. About one in five adults had used voice search in the past month, with 30 per cent seeking general information, 21 per cent using it for fun and entertainment and a further 22 per cent looking for local results – such as, “Where’s the nearest hardware store to me?”

That local information is key, Mr. Ghali of Green Lotus says. A surprising number of businesses don’t list their location prominently on their websites. That’s something that will become an absolute necessity as voice search becomes more prominent.

Mr. Ghali also recommends that businesses add a frequently-asked-questions section to their websites, if they don’t already have one. Such pages are perfectly formatted for the question-and-answer method that voice assistants use.

Businesses should also test voice query results against text-based search engines on a computer. If they’re showing up in one but not the other, they may have to change how their website is configured. 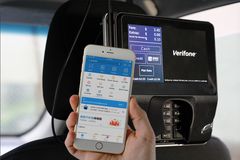