When Pembina Pipeline Corp. bought Kinder Morgan Canada from its U.S. parent company in 2019, chief executive Mick Dilger was asked if he would also consider buying the Trans Mountain oil pipeline. Prime Minister Justin Trudeau’s Liberal government had previously purchased the line for $4.5-billion to keep a contentious expansion project from being shut down for good.

Mr. Dilger was not interested. The massive project had the potential to finally allow meaningful access to global markets. But it was tied up in the courts and facing fierce protests by some British Columbia First Nations and environmental groups. “We don’t want to subject our entire management team and reputation to all the noise that entails,” he said at the time.

Two years later, Pembina has joined with an Indigenous-led group with the aim of bidding for that pipeline. From Mr. Dilger’s perspective, that partnership is critical to Pembina having any interest in Trans Mountain, whose $12.6-billion expansion will nearly triple the volumes of Alberta crude shipped to markets from the B.C. coast.

“I’d never buy TMX, but I would back the First Nations to buy TMX. That’s what’s happening,” Mr. Dilger said in an interview. “Not a chance – life’s too short for me, and Pembina, to try to buy TMX.”

The partnership with Western Indigenous Pipeline Group (WIPG), named Chinook Pathways, is one of two alliances with First Nations that Pembina announced this month. The other is a 50-per-cent stake in a proposed liquefied natural gas project near Kitimat, B.C., a partnership with the Haisla Nation.

The tie-ups put the Calgary-based company at the heart of efforts by Indigenous communities to take more control of their economic well-being through major energy projects – initiatives that remain contentious among some First Nations. Trans Mountain still faces opposition from several groups, including the Tsleil-Waututh Nation, which fear oil spills and the impact of tanker traffic on endangered killer whales.

Pembina’s long history as a pipeline operator, and its financial wherewithal as an expanding company, offer its partners credibility in their quest to own and develop projects to benefit their communities.

The company has a reputation for quiet and steady operations, though it has announced a flurry of deals coming out of the pandemic. Besides the alliances, Pembina has made an $8.3-billion takeover bid for Inter Pipeline Ltd. and this week, announced a partnership with TC Energy to create a network of pipelines in Alberta to carry carbon dioxide from industrial sites to inject into the ground.

Even after Mr. Dilger’s dismissive comments about TMX, Pembina was viewed as a logical operator.

Three Indigenous groups approached the company to back offers for the 1,150-kilometre pipeline, which Ottawa has signalled could be put up for bids once the bulk of construction is done. As The Globe and Mail first reported in early June, Pembina formed a 50-50 partnership with WIPG, which is made up of leaders of First Nations and Métis communities along the route, to pursue a deal.

In its bid to acquire TMX, WIPG is in competition with another Indigenous-led effort called Project Reconciliation, which has said it has financing lined up. A third group, Iron Coalition, abandoned its effort last year.

“We looked at all three groups and WIPG was the hands-down winner, because they were on the right-of-way,” Mr. Dilger said. “They weren’t sitting in Saskatchewan saying they were impacted. These were the right-of-way First Nations saying to Pembina, ‘We’d like to buy this thing. We want you to help us.’ And we said yes.”

One person who opposed the idea of owning Trans Mountain even more than Mr. Dilger was David Jimmie, Chief of Squiala First Nation and now chairman of WIPG. He led his community’s efforts against the project. It wasn’t until the legal challenges and appeals were exhausted, and the expansion got the green light, that the Squiala made the tough decision to move from opposition to seeking ownership.

From the start, environmental oversight has been a top concern, and with an equity stake, First Nations along the route would have a major role in that, along with revenue and employment opportunities, Mr. Jimmie said.

“That’s why with this project, looking at it now, you can sit on the sidelines, or you can have a seat at the table and actually have some say in governance, and that’s the opportunity that’s in front of us today,” he said. “We’ve been dictated to enough throughout history, and here’s an opportunity for us to have some form of economic reconciliation, I would say.”

WIPG has the support of about 30 First Nations and hopes to get up to 79 to join the effort. The group is not out trying to convince those deeply opposed to the project, but the door remains open for them, Mr. Jimmie said.

WIPG is looking at a range of financing options as it moves closer to a bid. Chinook Pathways has hired Canadian Imperial Bank of Commerce as financial adviser, which could include debt backed by the project’s shipping contracts. It would be structured so no communities would have to put their own capital in, he said.

“We’ve developed a structure that’s going to benefit communities long term. Not all communities have an opportunity for any type of own-source revenue depending on location. This provides that opportunity,” he said. “We know the challenges that exist in each of the communities and that’s part of our model. One-hundred per cent of the distributable cash flows are going directly back to communities and it’s up to them how they use those funds. It’s not for anybody else to determine.”

Pembina, meanwhile, does not expect to have to raise equity financing for its portion, especially if it is successful in its bid for rival Inter Pipeline, Mr. Dilger said. Inter’s board has recommended shareholders accept Pembina’s offer over a hostile bid from Brookfield Infrastructure Partners LP. However, on Friday, Brookfield upped the ante, offering investors the ability to take all cash as part of the $8.47-billion bid.

Partnership with First Nations is not a necessity to get major infrastructure built – but community and government support is, Mr. Dilger said. Pembina had proposed a US$10-billion LNG project in Oregon called Jordan Cove, which was unable to secure state-level approvals following years of delay. It put the proposal on pause in April, and has since announced its partnership with the Haisla on the smaller Cedar LNG project.

With a $3-billion estimated cost, Cedar would use some of the same infrastructure as the $18-billion Royal Dutch Shell-led LNG Canada project, now under construction. That includes space on the Coastal GasLink Pipeline. That line has also faced stiff opposition from some Indigenous groups, notably the Office of the Wet’suwet’en, which represents that nation’s hereditary chiefs and led protests in 2019 and 2020.

Cedar has begun its regulatory process and the partners plan to make a final investment decision in 2023.

Pembina’s participation increases the project’s chances of success after so many other West Coast LNG proposals have fallen by the wayside, said Crystal Smith, Chief Councillor of the Haisla.

Ms. Smith said her community looks to the project as a way to help fund its needs, including education to bring back native language and cultural traditions and for outreach services for off-reserve members, items she calls “nation-changing.”

The recent discovery of what are believed to be the unmarked graves of 215 children at the Kamloops Indian Residential School only served as a reminder why economic development is necessary to help the community heal from decades of such mistreatment, Ms. Smith said.

“My stepfather and my biological father and my grandfather attended residential schools, so when I speak about not having my language and my culture around, I was first generation-removed,” she said. “Really, the events that happened in Kamloops really grounded my thought process.” 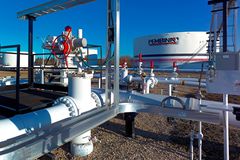 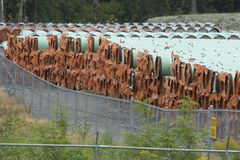 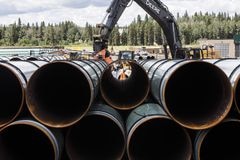