When world markets took a nosedive in the early days of the COVID-19 crisis, many investors worried about the hit they saw on their returns in monthly statements.

Those in the early days of retirement were particularly lucky that the pandemic-driven plummet proved to be short-lived. A prolonged downturn of that magnitude at the start of the period when you’re drawing on investments can have disastrous consequences on your long-term portfolio performance, experts say. Still, there are pre-retirement strategies that can protect you.

Sequence-of-returns risk, also known as sequence risk, is the threat of receiving low or negative returns early in a period when withdrawals are being made. For retirees, it can have a significant impact on the overall value of a portfolio — and how long it lasts.

“When you’re in retirement and you’re spending money, the economy is a lot more important than you think,” says Moshe Milevsky, a finance professor in the Schulich School of Business at York University in Toronto. “All the heavy lifting, all the work is being done by the nest egg, and you want to protect it.”

For example, even though you’re earning an average of 7 per cent over your retirement, if you get negative returns from weaker markets first and then positive returns from stronger markets afterward, it will have a disproportionate impact on how long the funds last.

Dr. Milevsky, who has written several books on retirement income planning, says mitigating sequence risk starts with being aware of and managing it up front, such as investing in financial products like annuities. Also, set aside funds, so you don’t have to draw from the securities portion of your portfolio when there’s a market downturn.

An investor’s response to market swings in retirement can also be an issue, Dr. Milevsky notes. For instance, some retirees sold everything when equities were tanking in March 2020 and missed the last year of positive returns. Many are also reticent or unable to adjust spending when there’s volatility.

“So it’s behaviour, both in terms of how you react to market bubbles and ups and downs, particularly downs, and what you do with your lifestyle if you hit one of those patches,” he says. Putting your entire nest egg into “safe” investments like guaranteed investment certificates (GICs) is not a good option either. “Your money is going to shrink on an after-tax, after-inflation basis,” he says.

Instead, Dr. Milevsky believes in the “cocktail approach to retirement income,” pulling it from about seven sources including stocks, bonds, annuities and rental property income, as well as public and private pensions. He says this strategy “inoculates” you from swings — if you draw up budgets and cash-flow projections and have the discipline to follow them.

Jack Courtney, vice-president of advanced financial planning at IG Wealth Management, based in Winnipeg, worries that people’s emotions around their retirement funds can make them take on either not enough or too much risk. A good financial planner can raise awareness, help develop strategies to weather a potential storm and “counsel people not to make bad decisions,” he says.

Mr. Courtney suggests investors looking for peace of mind consider annuity income to cover expenses that “keep the lights on,” to pay for basic needs like food and housing costs. Start by figuring out what’s coming in from guaranteed sources like the Canada Pension Plan (CPP) and Old Age Security (OAS) and see what else you need, he says.

“Do that personalized analysis as to what your gaps and needs are, and then you can sleep better at night,” Mr. Courtney says. “It’s fine for discretionary spending to come from sources like a stock portfolio that “gives you a better return and inflation protection.”

Many retirees worry about their “safe withdrawal rate,” which is very much a personal issue, Mr. Golombek says. It’s critical to have a financial goal and a plan to match; for instance, if you don’t want to leave money to heirs, you could annuitize your entire portfolio and never run out of funds.

In addition to spending less, watching asset allocations and investing in annuities, people worried about sequence-of-returns risk might consider a variable strategy, he says.

“If the returns are really good one year, you can spend a little bit more, and if the returns are worse, you spend a bit less. So you sort of have a dynamic spending strategy,” Mr. Golombek explains, which puts “guardrails” around your cash flow.

Dr. Milevsky says “nobody runs out of money” because there’s always CPP and OAS to fall back on, but most people want to avoid having to change their lifestyle because of a bad economic cycle. On average, people have the same amount of money at the end of their life that they had when they retired, which “becomes their anchor,” he says. “They die with that amount of wealth, and the kids and grandkids are thrilled.”

Nevertheless, he’s concerned that people have become “desensitized” to huge movements in the market like what happened in March last year, which could expose retirees to greater sequence-of-returns risk. “We expect a lot more variability than we did in the past,” Dr. Milevsky adds.

Those approaching the period when they’ll leave the workforce should pay attention to their mix of investments and start focusing on what he calls “decumulation,” the process of drawing down their wealth, “which is very different than retirement,” he says. “We have to disentangle those two.”

When withdrawing funds early from your RRSP makes sense
June 10, 2021 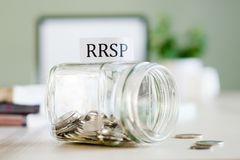 The perils of passing down the family cottage
June 10, 2021 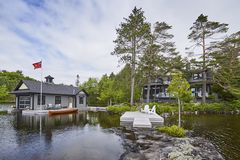