David Williams is Vice President, Policy of the Business Council of British Columbia.

With the federal election well under way, we are hearing a lot about climate change, energy policy, and the development of a low carbon economy. These themes are central to the platforms of most of the political parties contesting the election. What’s often lost in these discussions is a sense of proportion.

There appears to be a widespread belief that the economy is undergoing a fundamental and rapid transition, one driven by mounting worries about global warming and continued pressure to reduce the environmental impact of human activity. According to some leading environmental advocacy organizations, the economy is being refashioned by the dramatic growth of “clean/green” industries and an accelerating shift away from fossil fuels. Presumably to support this transition, Liberal Leader Justin Trudeau recently pledged that a re-elected Liberal government would slash tax rates for companies that produce “zero-emission products and technologies.” Special tax treatment would probably stimulate the growth of such firms, albeit at the cost of adding more distortions to an already fiendishly complex tax system.

Mr. Trudeau’s promise invites us to think further about the emerging “clean/green” economy. There are definitional uncertainties when studying a nascent economic sector. Fortunately, Statistics Canada’s newly published environmental and clean technology products economic account sheds some light on the size and composition of the clean/green economy.

This account provides a way to quantify the economic contributions of industries that fall under the clean/green banner. Which industries fit the bill? According to Statscan, they include renewable electricity (hydro, wind, solar), biofuels production, energy storage, sewage and wastewater treatment, carbon capture and storage, waste management services, the manufacturing of clean technology products (such as pollution control equipment, water purifying systems, and fuel cells), and a host of scientific, technical, consulting and professional services that help to protect the environment and improve energy efficiency.

How big is the clean/green economy? Today, it generates about 3 per cent of GDP and directly employs 274,000 Canadians – roughly 1.5 per cent of all jobs. Those numbers aren’t chump change, but they cast doubt on the notion – embraced by many environmentalists and some politicians – that the economy is being quickly restructured thanks to the growth of green industries. After all, relatively few Canadians work for organizations in the clean/green sector.

Digging deeper into the data reveals that electricity from renewable sources – mainly hydro and wind – represents by far the largest slice of the clean/green sector’s contribution to Canadian GDP, followed by waste management services. In fact, renewable electricity and waste management services together account for more than half of the GDP attributable to the entire clean/green industrial economy. Output from all the other industries that are part of the green sector adds up to a little more than 1 per cent of GDP.

Apart from its small size, it turns out that the clean/green economy isn’t expanding nearly as fast as some people seem to believe. Statscan estimates that the inflation-adjusted value of the clean/green sector’s GDP rose by 5.2 per cent between 2007 and 2016. Over the same period, Canada’s economy grew by 14.4 per cent. So, the clean/green sector has been shrinking when measured against the backdrop of Canada’s $2.3-trillion economy.

The world is on a bumpy path to a lower-carbon future. The current energy transition, as with those that have occurred before, is likely to be a slow-moving one and won’t entail a sudden break with the established industrial structure. Clean/green industries will certainly grow and play a role in helping to mitigate climate change. However, there is no reason to expect the clean/green sector to replace the natural resource and manufacturing industries that dominate Canada’s export mix. In setting climate policy, governments would be wise not to overlook the other 97 per cent of the country’s economy. 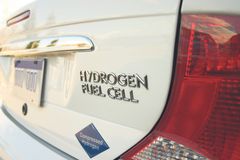 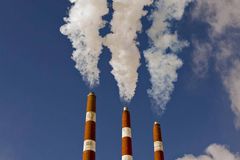