The world’s central banks have responded to the pandemic with massive programs to support financial markets. But are their policies just setting us up for more trouble down the road?

Scott Minerd, the acid-tongued chief investment officer at Guggenheim Partners in New York, thinks so. In a note this week, he pointed out that in March alone the central banks of the Group of Seven advanced economies gobbled up US$1.4-trillion in financial assets, nearly five times the previous monthly record set in April, 2009.

It isn’t just the size of the rescue effort that is remarkable. It is also what is being purchased that has caught the attention of Mr. Minerd and others.

While many central banks have become enthusiastic buyers of their national government’s bonds in recent years, some of the new relief efforts go a big step further. They involve central banks buying bonds from companies and from lower levels of government.

The Bank of Canada, for instance, is snapping up investment-grade corporate and provincial bonds, as well as venturing into purchases of federal government debt.

The U.S. Federal Reserve is loading up on corporate bonds, too – which it notably refrained from doing during the financial crisis a decade ago. Even more striking, the Fed is buying not just investment-grade debt but also a hefty helping of high-yield, or “junk" debt that has recently fallen below investment-grade quality.

This raises the uncomfortable question of whether central bankers are shouldering too much risk and unwisely shielding some private-sector borrowers from the rightful consequences of years of running up debt willy-nilly.

In a crisis, like the present one, a central bank is expected to step in and act as a buyer of last resort for financial assets that would be good in normal times. However, it is not supposed to bail out borrowers who have taken on unreasonable levels of debt.

The Fed, in particular, is stocking up problems for the future, according to Mr. Minerd.

“The Fed and Treasury have essentially created a new moral hazard by socializing credit risk,” he wrote. “The United States will never be able to return to free-market capitalism as we knew it before these policies were put into place.”

If that sounds over the top, hear him out. Mr. Minerd, who sits on the Federal Reserve Bank of New York’s investor advisory committee on financial markets, says the Fed’s recent moves should be credited with bringing about a rapid decline in the relative cost of corporate borrowing. However, he argues that what seems benign in the short term may be poisonous in the longer term.

He says the Fed’s purchases of corporate bonds don’t address the real issue – the record amount of debt that companies have run up as a result of the low-interest-rate policies of the past decade.

The central bank can help support this debt by providing a ready source of buying – “liquidity” in the jargon – but only temporarily, especially if the U.S. economy suffers the slow, plodding recovery he expects.

“Fed purchases cannot turn bad debt into good debt,” Mr. Minerd warns. “A buyer who is not careful can mistake Fed liquidity for credit strength and pay the price down the road when downgrades and defaults start in earnest.”

He is not the only one to be concerned about the sustainability of corporate borrowing.

The Bank for International Settlements and the International Monetary Fund have sounded the alarm about the rising tide of debt and the growing number of “zombie” companies that don’t generate enough cash to cover their borrowing costs.

High debt levels are treacherous because companies deep in debt are vulnerable to any downturn that comes along. If the economy suddenly sours, the failure of one highly indebted company can lead to another, setting off a chain of insolvency.

One way to forestall that is for central banks to slash interest rates and buy up troubled assets while governments go into hock to support the broad economy. That is what happened during the financial crisis of 2008 and 2009. It is happening again during the COVID-19 pandemic.

But this strategy’s shortcomings are now evident. It relies on rock-bottom borrowing rates to support recovery. Those low rates encourage companies to run up debt. But high debt levels then make it difficult to ever raise rates. The result is an increasingly fragile economy populated by debt-heavy companies that require more and more grandiose support measures from central banks and governments whenever trouble hits.

Mr. Minerd may be premature in announcing an end to free-market capitalism. But he is not premature in wishing for a better, more sustainable approach to be in place before the next crisis arrives. 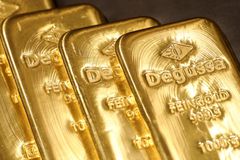 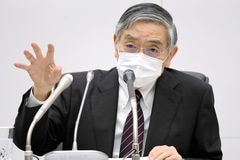 Investors were slow to see coronavirus’s global spread. Are they again too complacent about the economic risks?
Subscriber content
April 23, 2020 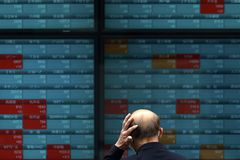