With travel restrictions set to ease in 2021, an ailing industry is poised for resurrection as pandemic-weary families splurge on long-delayed vacations.

Travel executives are broadly in consensus about the coming year: Business travel will remain a shell of its former self. And it may never fully return. After months of Zoom meetings, along with billions in cost savings, the corporate sector has learned how to survive – even thrive – without the steady thrum of executives criss-crossing the country.

That’s led to some dire predictions. At a November conference, Bill Gates said more than 50 per cent of business travel “will go away” permanently. (Naturally, the billionaire philanthropist delivered that outlook at a virtual conference.) Corporate travel managers surveyed by Morgan Stanley believe spending in 2021 will be 53 per cent lower than in 2019 – and even lower than 2020.

“It’s still going to be a devastatingly poor year. There’s no doubt about it,” said Dave Gazley, vice-president of meeting and convention sales at Tourism Vancouver.

He added: “There’s certainly going to be a percentage [of corporate travel] that goes away permanently. But no one knows what it’s going to be.”

Already, there are major cancellations for 2021. The Collision global tech conference in Toronto, which draws thousands of attendees, will be going virtual for a second consecutive year. In Vancouver, Mr. Gazley said all of his large bookings in the first half of 2021 are cancelled or will be. The goal is to rebook as much of that business as possible, however far in advance.

One example is the annual meeting of the Academy of Management, an association of management and organization scholars. It would have brought between 8,000 and 10,000 people to Vancouver last August. Now, Mr. Gazley and his colleagues are trying to rebook it for 2029, the first year the association is not booked elsewhere. “That’s the farthest one out,” he said.

In the events business, the safe return of international travel is crucial. Pacific Destination Services (PDS), a Vancouver-based event management company, derives nearly all its revenue from corporate clients outside of Canada. (Think Fortune 500 companies going to Whistler or Banff for sales meetings.) PDS was able to salvage some business through virtual events that offer better production values and programming content than a basic Zoom call.

However, “a lot of clients don’t have their heads around spending money on virtual,” said chief executive officer Joanne Burns Millar. “Zoom is fine for a lot of them.”

Revenue in 2021, she said, will be “a fraction” of normal. “Literally, there’s zero work right now.”

During colder months, the hotel industry can usually count on corporate travel to compensate for fewer tourists. That makes the coming months especially tough for Germain Hotels, which has 18 hotels across Canada. Up to 70 per cent of revenue comes from corporate travellers, said co-president Christiane Germain. “That’s where our profit was coming from.”

General occupancy won’t pick up until the second quarter, Ms. Germain said, and she hopes bookings will be close to normal by the fall. Still, “[leisure travel] is going to be more important in 2021 than it was before the pandemic,” she said. “I think in 2022 the business traveller will come back.”

A healthy return for business travel is critical for airlines – along with their customers. Higher-paying corporate clients help to subsidize fares for leisure travellers and ensure there’s ample supply of routes to financial centres such as Toronto and New York.

A critical question is whether companies make permanent cuts to travel budgets.

Vincent Galifi, the chief financial officer at Magna International Inc., told a November earnings call that he could see travel costs “edge up somewhat” as restrictions ease. “I still think [that] face-to-face meetings in certain situations are important and necessary,” he said. But, “I don’t think we’re going to get to the same level we were in the past.”

Despite a bleak winter, travel executives are largely upbeat about their long-term prospects. Mr. Gazley in Vancouver said more than 70 per cent of large events (1,000-plus attendees from out of town) that were cancelled in 2020 have been rebooked. Furthermore, many pointed to Zoom fatigue and a mounting desire to see far-flung colleagues and clients in person. “In general, there is going to be a huge pent-up demand for people to gather,” said Ms. Millar of PDS.

The key will be surviving until then. Many travel-related businesses are already on the brink of collapse. The federal government has said it will deliver further financial aid to the hardest-hit industries, such as airlines, hotels and restaurants. However, details have yet to be released.

“I tend to be positive about the future of our business,” she added. “The thing is, it’s not going to happen tomorrow.”

Why some advisors are finding favour in virtual events
Globe Advisor content
December 3, 2020 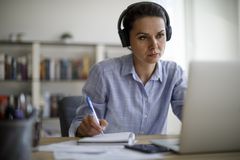 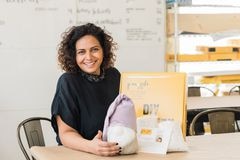 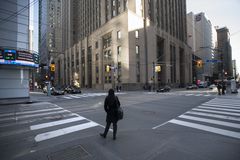