The coronavirus pandemic has caused a surge in demand for Telus Corp.'s health business, but one that the company says has created its own challenges.

In March, provincial lockdown measures forced Telus Health to temporarily shutter its national chain of corporate and employee health clinics, which operate under the Medisys and Copeman Healthcare banners, to all but essential services. The closings caused a $4-million hit to its revenue during the first quarter, a figure that, according to TD Securities analyst Vince Valentini, could exceed $20-million in the second quarter.

At the same time, demand for Telus’s telehealth and virtual-care services rose sharply as doctors looked for ways to treat their patients while minimizing transmission. “It’s not like all of a sudden all the other health-care issues went away," says François Gratton, executive vice-president at Telus and group president of Telus Health and Telus Quebec.

Downloads of Telus’s Babylon app, which allows users to connect with doctors, rose tenfold, while subscriptions to Akira, a virtual-care offering for employees, rose by 80 per cent.

That left Telus scrambling to recruit and interview enough doctors and nurses to meet the surge in demand, as well as to train them on how to use the platform. The company also worked quickly to add video-conferencing capabilities to its electronic medical-records platform, so that the 26,000 doctors who use the system can also conduct virtual visits through it.

“There were long nights,” says Mr. Gratton. Telus Health has long been preparing for such growth, but "we didn’t know – nobody did – that it would happen almost overnight.”

Telus’s foray into the health business began with the 2008 acquisition of Emergis Inc., a Montreal-based electronic medical-records business once owned by its rival BCE Inc., for $763-million. Telus chief executive Darren Entwistle took an interest in the sector after his father, gravely ill with acute leukemia, died in a Montreal hospital bed after being accidentally given penicillin, a drug to which he was allergic.

Over the past decade, as BCE and Rogers Communications Inc. have poured money into media and sports, Telus has injected $3.2-billion into its health subsidiary. “We decided that a big differentiator for Telus would be the health-care sector,” Mr. Gratton says, “that health would be our ‘content strategy,’ if you will, as others were focusing on content, sports and entertainment.”

Today, with the pandemic accelerating the shift toward virtual care, it looks to have been a wise bet, says Lawrence Surtees, an analyst at Toronto-based market-intelligence company IDC Canada. “It’s a jewel for Telus," he says. Nowadays, health care is "clearly a place you want to be.”

Although the closing of its clinics will cause pain in the short term, in the grand scheme it may prove to be a mere hiccup along the road to a transformation in the delivery of care.

The pandemic has not only removed a major structural barrier to the adoption of virtual health-care services, as provinces rushed to enable fee codes so that doctors can get paid for remote visits; it’s also demonstrated that such a model has clear benefits, Mr. Gratton says. Those benefits – such as improving medical triage by keeping patients with less dire concerns out of emergency rooms – will help the trend endure, according to Mr. Gratton: “The health-care system will never be the same."

Despite Telus’s big ambitions for the health-care business, Mr. Gratton shies away from quantifying the size of the potential opportunity. But on Telus’s most recent quarterly earnings call, Mr. Entwistle offered some clues. For employers looking to reduce absenteeism among its staff, the upside of virtual care is “absolutely massive,” Mr. Entwistle says. “If Telus reduces our average absenteeism as a company by one day, that’s $10-million of EBITDA [earnings before interest, taxes, depreciation, and amortization] for us."

However, financial analysts say a lack of disclosure has made it difficult for them to evaluate the business. Much like with its Telus International subsidiary – which sells call centre, IT and other services to organizations – the company doesn’t break out the financials for its health unit. Instead, it reports them under the “data revenue" portion of its wireline business.

The unit brings in roughly $800-million in annual revenue, says Mr. Gratton, though it’s unclear how much each of its various segments contributes. Those divisions include an e-prescribing business that helps doctors communicate with pharmacies, a health-benefits management company, a home health-monitoring solution and a medical-alert system for seniors.

“It’s always been kind of frustrating that they lump so much in that one revenue line," says Dave Heger, a communication-services analyst at Edward Jones. He’s hopeful that more details will emerge as the company prepares to spin out Telus International in an initial public offering over the coming months, a plan it said last December would occur within a year or two.

“That may lead to additional information starting to be disclosed on Telus Health, as they start breaking out the different parts of the [wireline] business,” Mr. Heger says. (Mr. Gratton says greater disclosure is coming in “due time.”)

In the long term, Telus may also pursue an initial public offering for Telus Health, a move that would provide it with currency for making acquisitions. “It’s still early days,” says Mr. Gratton, but the route “could be one we eventually consider.”

In the meantime, there is much work to be done. To realize its full potential, Telus Health will have to overcome several challenges, says Mr. Surtees, including a fragmented provincial health-care system and constrained technology budgets.

In 2018, health-care institutions earmarked only 1.2 per cent of their budgets, on average, for technology, versus 3 per cent for the average Canadian company, according to data from IDC Canada. “The IT budget is the last priority of their annual spending," Mr. Surtees says.

That has already begun to change, as the pandemic has forced health care organizations to become more digitally focused, he says. “The question becomes, how long and to what degree will this [momentum] be sustained? Will the provincial authorities, the feds and the professional bodies seize the opportunity? Or, if COVID dies down, will they just revert to complacency?” 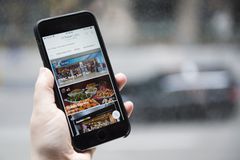 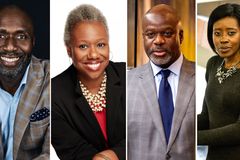