Alexandra PosadzkiTelecom reporter
Published May 4, 2021 Updated May 5, 2021
For Subscribers
Comments
Text Size
Please log in to listen to this story. Also available in French and Mandarin. Log In Create Free Account

Canada’s three largest wireless carriers have cut the cost of their six-gigabyte plans by a quarter for their less-expensive brands, meeting Ottawa’s objective, but they are no longer offering the two other mid-tier plans targeted for price reductions.

On Tuesday, Ottawa published its fourth quarterly report tracking those plans, marking a full year since it demanded the price reductions. The report, which includes data from January to March of this year, tracks only the plans offered by the three national carriers’ “flanker” brands: Fido (Rogers), Koodo (Telus) and Virgin (Bell).

John Lawford, executive director of the Public Interest Advocacy Centre (PIAC), said the price reductions are not a victory for consumers because Ottawa failed to take into account Canadians’ growing appetite for data when it set the price targets.

“If you previously bought a five-gigabyte plan you’re now the kind of person who buys a 10-gigabyte plan, so you will spend more,” Mr. Lawford said.

A spokesperson for Innovation, Science and Industry Minister François-Philippe Champagne said the government recognizes that product offerings can change frequently in a dynamic market.

“Our expectation is that there will continue to be a market for plans in the 2 to 6GB range over the next year, and that the major providers will be offering plans in this range,” John Power said in an e-mail.

Bell, Rogers and Telus said the report highlights the fact that wireless prices are declining and that customers are looking for plans with larger data packages.

“Consumers are increasingly moving to unlimited plans as data consumption continues to climb, with such plans replacing many of the mid-tier capped data plans,” Bell spokesperson Nathan Gibson said in a statement.

Mr. Champagne said Ottawa will continue working with carriers over the coming year to improve affordability. “There is still more work to be done,” he said in a statement.

The new data come as Ottawa is weighing a proposed $20.4-billion merger between Rogers and Shaw Communications Inc. that would reduce the number of wireless competitors to three from four in Ontario, Alberta and B.C. Some industry observers say that Shaw’s wireless carrier Freedom Mobile should be excluded from the deal in order to lessen the potential impact on consumers.

A separate report published by the government on Tuesday found that broadband prices went up last year compared with 2019 in all of the baskets that the researchers examined. For instance, the price of 16 to 40 megabits per second (Mbps) service climbed roughly 12 per cent year-over-year to $61.62, according to the report, which was prepared by Wall Communications Inc. Meanwhile, the price of 3 to 9 Mbps service jumped 23 per cent to $44.37.

Mr. Lawford attributed the increase in internet prices to a continuing dispute about how much Canada’s large phone and cable companies should be able to charge smaller internet service providers for access to their networks.

“It’s not going where it should be going largely due to the wholesale fight,” Mr. Lawford said.

Canada’s telecom regulator forces large telecoms to sell wholesale broadband access to third-party operators such as TekSavvy Solutions Inc. and Distributel Communications Ltd., which then sell internet services to their own customers.

In August, 2019, the Canadian Radio-television and Telecommunications Commission lowered the rates that the larger players are permitted to charge third-party operators, but the large telecoms challenged the decision. The CRTC is now in the midst of reviewing its ruling. 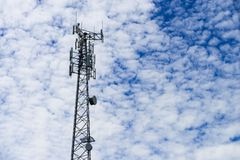 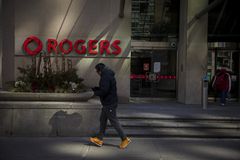