Millions of Canadians on Wednesday faced their first rent payments since COVID-19 sent a shockwave through the economy, with some tenants getting a break through deferrals or discounts, while others were met with no leniency from landlords.

For weeks, April 1 has loomed as a financial pressure point for renters across the country. More than two million Canadians filed for unemployment benefits in the last half of March because of company shutdowns amid the pandemic, while some forms of financial assistance have yet to start paying affected workers. Leading up to Wednesday, many tenants were expected to withhold payments or seek deferrals.

Governments have implored landlords to make arrangements to keep their tenants housed as the pandemic plays out, and every province has moved to ban some or all forms of eviction. Major landlords have told The Globe and Mail they are working with tenants on a case-by-case basis.

As April rents became due, landlords and tenants reported a mix of experiences.

Jeanne-Marie Robillard and her husband rent out a triplex in Toronto. After seeing four of their five tenants lose their jobs, Ms. Robillard offered them a 50-per-cent discount for April. “We care a lot about our tenants,” she said. “It was just the right thing to do.”

On Facebook groups, several renters have posted letters from landlords that aren’t budging on their demands, asking for full payments.

Jaylen Mitchell said he is getting no sympathy from his landlord in Vancouver’s Kitsilano neighbourhood. Mr. Mitchell is the leaseholder on the home he shares with two roommates, who have both been laid off. He tried offering his landlord a solution, that he would pay a third of the rent and that she could keep the security deposit he had originally provided when he moved in to cover at least the current month, with more efforts to come. Her response, Mr. Mitchell said, was: “Please have the rent paid by April 6 at the latest.”

In Prince Edward Island, which has the lowest rental vacancy rate by province, “it’s been a pretty mixed bag,” said Aimee Power of PEI Fight for Affordable Housing, an advocacy group.

“We’ve been hearing that there’s quite a few landlords who have been reaching out and offering support, or even just further time [to pay rent] if needed. But definitely we’ve been hearing about nightmare landlords" as well, Ms. Power said.

Provinces have unveiled a variety of policies aimed at providing relief to tenants. All provinces have implemented some form of eviction ban, while British Columbia has gone a step further to include a rental-assistance program that provides eligible households with up to $500 monthly. PEI has started a similar benefits program, with monthly payments capped at $250 a household, which Ms. Power said was “borderline insulting.”

Despite the eviction bans, landlords are positioning themselves for potential evictions down the road. Several smaller landlords in Ontario have indicated that, in cases where tenants have not paid rent in full, they will be sending them N4 notices – a notice to end a tenancy early for non-payment of rent – even in cases where partial payments or deferrals have been agreed upon. If full payment is not received within 14 days, a landlord may then file an application to evict the tenant (L1 form) with the province’s Landlord and Tenant Board (LTB).

While the LTB has suspended most eviction hearings, it has been plagued by months-long delays for adjudicating cases, and those delays are expected to lengthen considerably as the pandemic drags on.

“I’m advising landlords to tell the tenant, ‘If you don’t pay your full rent – which is okay if we speak about it – but I will serve an N4 and I will file an L1 because I need to get in the queue’” at the LTB, said Harry Fine, a paralegal and former LTB adjudicator.

Several large landlords told The Globe that it was too early to gauge how many renters are entering into repayment plans or withholding payments.

“I believe that this is a small number of people making noise," he said.

Some tenants are set to get relief in the coming weeks as new and established government programs begin to deliver cash to affected workers.

Gerry Lee, a 40-year-old laid-off retail worker in Barrie, Ont., recently applied for employment insurance, but is awaiting payment. In the interim, his parents are covering his rent.

“Once I start getting benefits, then hopefully I should be fine,” he said.

With files from Frances Bula in Vancouver

Almost a quarter of Quebec seniors’ homes have at least one COVID-19 case
April 1, 2020 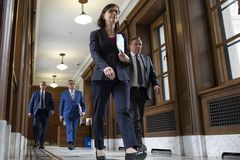 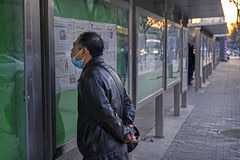 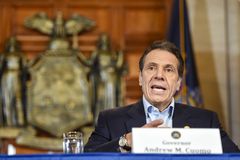