Why settle for nine-and-a-half years when you can do an even 10 or better? That’s the thinking of a lot of investors measuring whether a historically long run in U.S. stocks still has legs.

This Wednesday, the S&P 500’s bull-market run will turn 3,453 days old, which in some market watchers’ eyes will make it the longest such streak in history.

The bull was born in the ashes of the financial crisis and carried along through much of its rise by US$3.5-trillion of asset purchases by the U.S. Federal Reserve. The debate now is over when, not if, its run will come to an end.

The record is of some question because Wall Street experts define bull and bear markets differently.

If the S&P fails to eclipse that high and drops 20 per cent below it, that would signify instead that stocks have been in a bear market since the January peak.

Canada’s S&P/TSX composite index has also enjoyed a remarkable long-term upswing, but the journey hasn’t been as smooth. From its lows in early 2009, the benchmark index has risen 87 per cent. But it has suffered two bearish setbacks over this period – a 22 per cent decline in 2011 and a 24 per cent decline between 2014 and early 2016 – that have reset the clock on the index’s bullish run. Indeed, if a bull market begins when a bear market ends, then the current bull in Canada is a mere 18 months old.

Many investors are optimistic that the S&P 500 in the near term will avoid a plunge that would end the bull run, in large part because of the U.S. economy’s health.

“True bear markets are associated with recessions,” said Walter Todd, chief investment officer at Greenwood Capital Associates LLC in Greenwood, S.C. “I have to ask myself, ’When do I see a recession?’ I don’t see one around the corner.”

To extend its run, as it has throughout the long march higher, the market would need to shrug off a range of geopolitical concerns, including trade tensions between the United States and its partners, an emerging market rout set off by Turkey’s sliding currency, uncertainty over China’s economy and upcoming midterm elections.

In the United States, while economists see strong growth for at least the next year, investors did point to some concerning signs, including rising corporate debt and shaky housing activity.

“The reality is the economy’s going strong but there is an increasing amount of yellow to orange flashing warning signs out there,” said Oliver Pursche, chief market strategist of Bruderman Brothers Inc. in New York.

The market is not far removed from brutal declines stemming from the 1999-2000 Internet bubble and 2007-09 financial crisis, and investors are wary of the timing and extent of the next downturn. For example, while the U.S. corporate tax cuts fueled equity returns in the past year, some investors worry they eventually could result in a harder landing for stocks.

“Putting in a late-cycle fiscal stimulus ... that really sets up the potential for a boom-bust type of scenario,” said Mona Mahajan, U.S. investment strategist at Allianz Global Investors.

Meanwhile, the Fed’s extraordinary efforts to foster an economic recovery from the financial crisis through asset purchases and rock-bottom interest rates have provided essential support for the market during its bull run. So the central bank’s slow removal of those planks is now bringing uncertainty for stocks.

Of the 12 bear markets charted by CFRA since 1946, the average drop has been 32.7 per cent. But the past two, stemming from the dot-com bubble and the financial crisis, have been more severe: declines of 49.1 per cent and 56.8 per cent, respectively.

Still, there is skepticism that such an extreme move will be repeated.

“The last two bear markets have been two of the most extreme bear markets we have ever seen. They can’t all be extreme,” said Paul Hickey, co-founder of Bespoke Investment Group.

The current bull market is commonly thought to have started on March 9, 2009, when the S&P 500 closed at 676.53 as the United States grappled with the global financial crisis.

Since then, the benchmark U.S. stock index has more than quadrupled, closing on Friday at 2850.13.

That makes it the third most-rewarding bull run, trailing only 1932-1937 and 1990-2000, the latter of which the current streak is poised to match in length on Tuesday, according to S&P Dow Jones Indices.

There have been bumps along the way.

During this bull run, the S&P has had 16 pullbacks of at least 5 per cent, including four of at least 10 per cent, according to Keith Lerner, chief market strategist with SunTrust Advisory Services in Atlanta.

Since 2009, Yardeni Research has counted about 60 “panic attacks” – news-driven declines of at least 1 per cent for the S&P 500 when the market had been near recent peaks.

The latest correction was the S&P’s 10-per cent swoon in February from the Jan. 26 record high, which Mr. Lerner called a “healthy reset of an over-stretched market.”

“Bear markets typically cleanse excesses in the market,” Mr. Lerner said. “During this bull market, we have had some pretty good draw-downs.”

Declines of 20 per cent for the S&P 500, the standard definition of a bear market, have predominantly occurred around a recession. Goldman Sachs Group Inc. tallied 12 pullbacks of at least 10 per cent since 1976 that did not occur around a recession, including the correction earlier this year. Only one of those, in 1987, turned into a 20-per-cent bear-market decline.

While a recession – a period of significant decline in economic activity – is not determined until after it occurs, the U.S. economy is expected to grow by 2.9 per cent this year and 2.5 per cent next year, according to a Reuters poll of economists. S&P 500 company earnings are expected to rise 23.3 per cent this year and another 10.1 per cent in 2019, according to Thomson Reuters I/B/E/S.

“The stock market attempts to discount the future outlook for the economy,” said Ed Yardeni, president of Yardeni Research Inc. “So what the stock market is telling me is there is no recession in sight.”

With a file from David Berman of The Globe and Mail 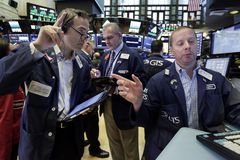 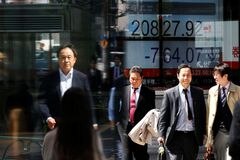 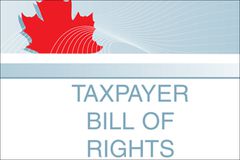