Osler, Hoskin & Harcourt LLP has one of the largest insolvency practices in the country, an asset for any law firm during the economic turmoil of 2020. Tracy Sandler, an Osler partner with close to 30 years’ experience, says the restructuring bar has long been male-dominated. While it remains “remarkably” so at the top corporate law firms in Canada, she says, more women than ever before are leading high-profile files. Ms. Sandler and two of her partners in the restructuring practice – Sandra Abitan, who manages the firm’s Montreal office, and Kathryn Esaw, a new partner in Toronto – spoke with The Globe and Mail over video chat in December. The women reflected on gender representation in the practice as well as what it has been like advising clients during the COVID-19 pandemic. (This interview was condensed and edited for clarity.)

When you look back at the financial crisis of 2007-08, how has the role of women in the restructuring bar changed since then?

Tracy Sandler: In 2007-08, the people leading the main mandates were generally men. Because the financial crisis was global, the large files were complicated, cross-border matters – what comes to mind is General Motors. And there were women involved in the cases, but what we see now is a lot more women actually leading the files. I think that has been a gradual change.

To succeed in this practice, a lot of it is about relationship management, and that has involved lots of time on the road, at conferences, meeting other law firms and financial advisers in the U.S. or in Europe. That’s not for everybody, whether you’re male or female.

Sandra Abitan: It’s incredibly time-intensive and crisis-management work. When a file hits, you’re on 24 hours a day, working with the client as they go through one of the hardest periods in their history. They need support and guidance, so you need to be sitting around the boardroom table, providing that strategic advice. For decades, it was only the guys that were there. Slowly but surely, that’s changing.

It’s so important to have a sponsor. Not a mentor, but somebody who’s going to be your champion. Tracy and I were both very lucky to have exceptional champions – who were both male – who wanted to see us not survive, but thrive.

TS: We didn’t have a lot of women to model how to successfully manage a practice, juggle competing obligations. I think what’s evolved since 2007-08 is there are more of us who demonstrate that we have the ability to succeed in it and there is a path to partnership, or whatever your definition of success is.

Kathryn Esaw: I was called to the bar in 2010, so I missed the last financial disaster. But I clerked at the Ontario Superior Court of Justice in 2009, so I saw Nortel and Canwest and some really cool cases. I did see women, and usually it was women, sitting as second chair as opposed to being the most senior person. But just seeing that was helpful – to see someone who looks like you and has done it.

SA: This was unexpected. It was almost like a natural disaster more than a crash because of weakness in the economy. No one expects it to be as damaging or as long-lasting as what happened in ‘07. But we’re already seeing how different pockets of the economy will recover and how quickly that might happen, while for other industries there will be a lot of fallout.

What were the first months of this crisis like?

TS: It was like drinking from a firehose. Retail became the predominant industry for us – a lot of our retailers were struggling long before COVID hit. We saw issues in the construction industry, the energy industry, hospitality, car rental, anything travel-related. We also spent a lot of time helping healthy clients understand the impact this was going to have on their business.

SA: For the entertainment industry, we never saw this happen before. With Cirque du Soleil, we represented [the circus troupe’s previous private equity owners] TPG Capital, and it was all so abrupt, sudden and catastrophic for this business. From generating a billion-plus in revenue to zero revenue. Laying off almost 4,000 employees within a couple of days. It’s really unprecedented.

KE: A lot of businesses that have survived this long are waiting to see how they do over the holidays. Depending on that performance, they’ll decide what 2021 looks like for them.

SA: For sure. We have retailers who’ve told us they’re waiting to see their fourth-quarter results. And so many of our retailers are cross-border and they’re going to have to pick and choose their markets. I think we’ll see some U.S. retailers decide the Canadian market is too expensive for brick-and-mortar operations, but makes sense from an e-commerce perspective.

Everyone’s tapping into the government dollars, and lenders are either forbearing or waiting out the storm. But some companies will end up filing [for bankruptcy or creditor protection]. It’s just a question of when they run out of resources from the government and how they’ll meet payroll and pay their landlord. 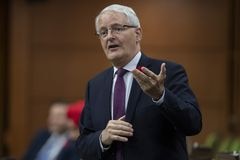 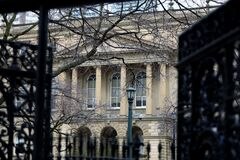 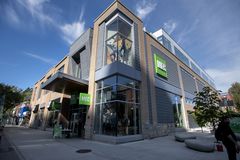