Woodfibre LNG is warning that its B.C. proposal to start constructing an energy terminal in 2018 is at risk of being delayed indefinitely, blaming what it calls “uncertainty” from Ottawa’s indecision on whether to grant tariff relief.

The company cautions that its plans to build a liquefied natural gas terminal near Squamish, 65 kilometres north of Vancouver, are stalled because of federal duties against imports of fabricated industrial steel components.

The situation highlights the role reversal on Canada’s energy stage when it comes to LNG. The BC NDP government backs LNG exports to Asia while Ottawa faces pressure from the resource industry to help fulfill British Columbia’s LNG dreams. That is in sharp contrast to British Columbia’s opposition to and Ottawa’s support for Kinder Morgan’s Trans Mountain oil pipeline expansion from the Edmonton area to Burrard Inlet in the Port of Vancouver.

But Woodfibre’s $1.6-billion venture and a much-larger B.C. project, LNG Canada’s $40-billion proposal, have been waiting at least seven months for Ottawa to rule on tariff relief in the form of exemptions to duties on imported steel components. LNG Canada filed its “duty remission” application in August with the federal Finance Department, and Woodfibre followed one month later.

Woodfibre had initially hoped to award a contract for engineering, procurement and construction (EPC) last year, but revised its timeline in hopes of starting to build in 2018.

“The uncertainty over what, if any, anti-dumping or countervailing duties will be applied to our project makes it difficult to award an EPC contract like we plan in 2018,” said Jennifer Siddon, associate vice-president of corporate communications at Woodfibre, which is privately owned by Singapore-based RGE Pte. Ltd. “It would be difficult to make that award without having a pretty clear understanding of what the project costs are.”

The Canada Border Services Agency ruled in the spring of 2017 that steel components from South Korea and Spain are being dumped in Canada at below market value, while China is both subsidizing and dumping its industrial steel goods.

“Finance Canada continues to carefully monitor this issue, and we are conducting normal due diligence and consultation with implicated stakeholders as we do when considering all remission requests,” a Finance Department spokesman said in a statement.

LNG Canada, which wants to build an export terminal in Kitimat in northern B.C., is taking court action in addition to asking the Finance Department for duty exemptions. Lawyers appeared on behalf of LNG Canada last week in the Federal Court of Appeal. The consortium, led by Royal Dutch Shell PLC, is seeking a judicial review of the Canadian International Trade Tribunal’s decision in 2017 to deny the Shell-led group’s request to be exempted from the new federal tariffs.

If the court rules in favour of LNG Canada, Suncor and Fluor, then the case will be referred back to the trade tribunal to “decide whether the fabricated industrial steel components in large complex modules are subject to duties or whether to grant exemptions,” Ms. Pierce said.

LNG Canada plans to name its prime contractor by the end of April, though industry observers emphasize that it will be up to Shell and its three Asian partners to make the final investment decision.

Analysts believe the Canadian tariffs could inflate LNG Canada’s costs by at least $1-billion for its first phase and increase Woodfibre’s costs by more than $100-million, depending on how the duties are applied to specific imports. The steel portion typically accounts for about 20 per cent of the value of an LNG module.

“There aren’t any module fabrication and assembly yards with proven LNG experience in B.C. and Alberta that are big enough,” Ms. Siddon said. 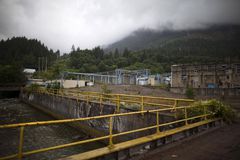