The New Brunswick-based company is Canada’s largest rural internet service provider (ISP) with more than 370,000 broadband customers. Yet, despite those numbers, subscribers have not always been happy with its service, often complaining about slow speeds and problems with intermittent connections during peak use times of the day, such as during the evening.

In an interview at the privately held company’s Markham, Ont., office, chief executive Allison Lenehan said he understands that “people can be skeptical until we do execute” but that Xplornet has invested more in its “fixed-wireless” network over the past year than in the previous five years combined.

Fixed-wireless service uses communications towers and radio waves known as spectrum to send broadband signals to customers’ homes. It’s often used in rural areas that can’t be easily connected by wires and where lower population density makes the fibre-to-the-home technology that major players such as BCE Inc. have been rolling out in cities prohibitively expensive.

“Rural Canadians don’t want the excuses, so we’re telling them we’re making the commitment,” Mr. Lenehan said. “Obviously they have every right to demand more of us until we deliver that, but we feel very bullish about what this is going to be in the near future.”

Earlier this month, Xplornet announced plans to invest $500-million over the next five years, saying it plans to double its top download speeds to 50 megabits per second later this year and offer speeds of up to 100 Mbps by the end of 2020. Those speeds would allow users to load web pages almost instantly and download high-definition movies in five to 10 minutes.

In the interview with The Globe and Mail, Mr. Lenehan said Xplornet also started offering unlimited monthly data packages this month in places where its LTE (long-term evolution, or fourth-generation) fixed wireless network is available. The company says that service, which is faster than its older, 3G fixed wireless service, is available to 1.2 million rural homes in all 10 provinces (but no territories). The majority of Xplornet’s customers subscribe to its fixed wireless service, but the company also offers satellite broadband. The faster speeds and unlimited options are not available on satellite.

Xplornet’s pledges come as Ottawa announced plans to spend up to $1.7-billion on rural internet over 13 years, with $717-million slated for the first five years. In its budget last week, the federal government said 85 per cent of Canadian households have access to internet service with download speeds of 50 Mbps and uploads of 10 Mbps and that its plan will see that extended to all households by 2030.

That level of service (known as 50/10 Mbps) has also been identified by the Canadian Radio-television and Telecommunications Commission (CRTC) as a target speed for “basic” broadband service. The CRTC says 50/10 Mpbs service allows users to stream HD video as well as use cloud-based software applications, online gaming, and telehealth and banking services. (Xplornet says its upload speeds will be 10 Mbps or higher by 2021.)

Mr. Lenehan took to Twitter to praise Ottawa’s budget commitments last week, but Xplornet has been critical of government subsidies in the past, saying they risk undermining investments made by private investors.

He told The Globe he has not changed that view, but that “the devil is in the details.” He supports the general idea of improving internet access for rural residents and says Xplornet will compete for funding when it fits within its business plan. But if a proposed government project threatens to duplicate Xplornet’s own coverage, he says: “Then of course we’re not going to put our capital in the same area. There’s lots more areas of Canada to be solved and we’ll just focus our time and attention on those areas.”

The company has in fact participated in multiple federal and provincial government funding initiatives, including receiving $11-million last year for an Eastern Ontario project under Connect to Innovate, the previous $500-million federal funding program. And earlier this month, Ottawa said it will invest $33.1-million in a Prince Edward Island broadband project through Infrastructure Canada that will also see Xplornet and BCE spend a combined $37-million.

Xplornet was founded 15 years ago in Woodstock, N.B., and now has more than 1,000 employees, a network of hundreds of dealers who sell its services and more than 1,000 installers who work for the dealers. It doesn’t share financial figures but the CEO says estimating between $70 and $80 per customer a month provides a ballpark range of revenues (with 370,000 broadband subscribers, that works out to between $310-million and $355-million annually).

In the early years, the company was focused on simply adding customers but has since spent more on better service for its existing clients, Mr. Lenehan says. With its fixed-wireless network, that has meant acquiring more spectrum, building more towers – the company now has almost 3,000 sites – and adding more radios to its towers.

Those steps help improve “last-mile” coverage. To connect to the broader internet, Xplornet has traditionally relied on microwave connections to send signals between a series of towers back to the network. To make that faster, it has been building fibre-optic connections closer to its last-mile towers.

Xplornet says it is now investing in “5G ready” technology that it will upgrade to true 5G service using software when the standards for fifth-generation wireless technology are finalized over the next few years. One of the leading vendors of fixed-wireless 5G equipment is Huawei Technologies Co. Ltd. The Canadian government is conducting a cybersecurity review of the Chinese company’s equipment and could ban it from 5G deployments.

Xplornet has worked extensively with Huawei in the past and Mr. Lenehan would not comment specifically on its plans for 5G, saying only that the company looks at all the “tier-one” vendors (Huawei, Finland’s Nokia and Sweden’s Ericsson) and that, “We’re very well-positioned to leverage the tier-one vendors regardless of the outcome." 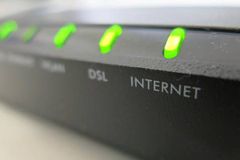 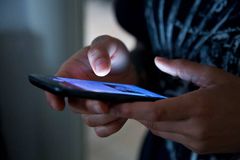