The Vancouver-based venture capital firm, one of Canada’s oldest in operation, is announcing Wednesday that it has raised $130-million so far for the firm’s second “innovation growth fund,” the fourth fund in its 20-year history. Other investors include the venture investing arms of the Ontario and Alberta governments, BDC Capital and at least one other, unidentified Canadian bank. Yaletown’s goal is to raise up to $200-million for the fund. It raised a total of $130-million for its previous fund in the late 2010s.

Yaletown started out backing clean-technology firms, primarily in Western Canada. Under the leadership of Salil Munjal, a former technology executive who joined Yaletown in 2010 and became managing partner in 2016, Yaletown expanded its presence and investments across Canada.

It also shifted its investment strategy to backing software providers that could make capital-intensive industries more “intelligent” by improving their work processes and making their assets more efficient – often through connected “internet of things” sensor technologies – thereby reducing their carbon footprint in the process. “It’s a convergence of information technology and operational technologies,” Mr. Munjal said. The strategy “is that you can drive returns for customers and for our fund and mitigate climate impact at the same time.”

Yaletown typically looks to invest in software startups that are already generating $5-million in annual revenue by delivering efficiencies to corporations in traditional industries such as real estate, manufacturing and health care. Yaletown looks to invest about $4-million to $5-million a company initially and up to $15-million each while advising the startups on global expansion. Yaletown invested in 12 companies – all but one based in Canada – out of its previous fund, and plans to back a similar number with its new fund.

Adam Smalley, managing director with PSP’s “complementary” portfolio that invests alongside partners in knowledge-driven companies, said in a statement that Yaletown’s “focus on digital transformation will benefit many industries through operational efficiencies, driving both financial returns and positive impact on climate change” and helping PSP achieve its sustainability and environmental, social and governance objectives.

Yaletown’s signature deal was its investment in internet of things pioneer Bit Stew Systems Inc., which General Electric Co., bought in 2016 for US$153-million, considered at the time a significantly sized deal for a venture-backed Canadian private company.

Alison Nankivell, senior vice-president of funds investments with BDC Capital, the venture investing arm of Business Development Bank of Canada, said in an interview it’s still too early to judge the success of Yaletown’s new strategy.

But she added, “We see the switch they made in their strategy to be quite promising,” as it established Yaletown alongside Toronto’s McRock Capital as one of the few Canadian investment firms focused on “the surprisingly high-quality deal flow” in Canada of internet of things software developers. “From where we see the [Yaletown] fund going, we believe it has all the potential to be a top-quartile performer,” she said.

From owl to unicorn: How Hootsuite CEO Tom Keiser plans to bring the mojo back to a Canadian social media pioneer
Subscriber content
August 3, 2021 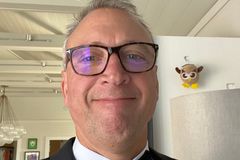 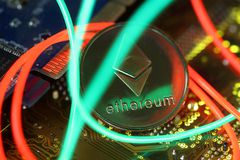