Logojoy had helped more than five million customers design new logos for their companies, and brought in more than $10-million in revenue over its first two and a half years of business, according to the company. But then the founders decided to try a fresh start.

“We were really blessed to experience amazing growth just selling logos,” says the Toronto-based company’s co-founder and chief executive officer, Dawson Whitfield, adding this was despite continued growth – the company has grown from 30 to 37 employees over the first three months of 2019.

“But the way we see it is the ceiling of just being a logo maker is too low for us and we really wanted to reinvent the way that the world [understands] design [services] and to do that we need [our name] to sound more than just Logojoy.”

As a consequence, the company announced last month that Logojoy is moving beyond offering logos. Now it offers a full branding package, including brand guidelines, a social media kit, business cards and website design, underpinned by artificial intelligence technology that allows the company to offer brand packages for about $100. Later this year, it will also be adding the option of flyers, social media posts and advertisements.

But while the name Logojoy worked when the company was selling logos, it seemed limiting for a company that wanted to grow into a one-stop design shop.

While Mr. Whitfield says that he found having the word “logo” in the name meant that more people were likely to purchase a logo from them, it could prove an obstacle to long-term growth.

While he expects a dip in sales for logos, he also expects the potential of selling everything else in the brand package to make up for that.

He adds that while the name Logojoy worked for a fledgling company just finding its feet in the marketplace, he recognizes it wasn’t a viable long-term brand for a company with ambition.

“That initial brand recognition that you get with having ‘logo’ as the first word in the company, I think that is very powerful,” he says. “Now it’s just gotten to the point where that’s not as important. What’s important is that the name doesn’t pigeonhole you.”

Patricia McQuillan, president and founder of Toronto-based brand strategy consultant Brand Matters, says companies like Looka that are looking to rebrand early in their existence are better to do it sooner rather than later. That way any risk to reputation is minimized.

However, she adds that if the company had thought more about future growth and spent more time strategizing at the beginning, a rebrand after two and half years might have been avoided. But she understands that fledgling companies often want to keep things simple when they are launching.

“In a way it makes sense they started with such a focus on logo generation because that’s the first thing that people think of often when they’re thinking of branding,” she says. “But it pigeonholed them, so it would have been interesting if they had started with something like Brandjoy or Brandthrive or Marketingjoy.”

While the trademark Logojoy was very straightforward and told potential customers exactly the nature of the business, Bonnie Headley, a senior trademark agent for Heer Law in Toronto, says that these kinds of descriptive trademarks aren’t always the most effective.

“You may think, ‘Oh, great, I’m telling consumers what I’m all about,’” she says. “But there are other people who are going to use the same term, so it’s difficult for you to distinguish your products and services in the marketplace.”

Ms. Headley adds that the best trademarks are often made-up words, or words that have nothing to do with the company’s products, such as Apple and Amazon.

While Looka is obviously a long way from replicating the success of those global giants, the name change should help get it off to a good start, she says.

“They [Looka] created a coined word that doesn’t tell me exactly what they do, so it would encompass all of their services and it will be more distinctive in the marketplace.”

In addition to picking a distinctive trademark that works well in the marketplace, she cautions companies to make sure it’s available before getting too far down the road and finding someone else already owns the rights to it.

“Before you fall in love and run with your new brand, do the due diligence to ensure that that trademark is available and then take steps to protect it,” she says. 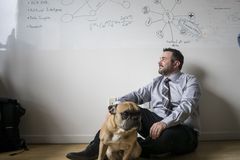 Bedtime stories led to helping companies program for Alexa
May 1, 2019 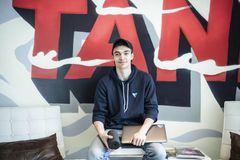 Canadian company was close to shuttering. Then it came up with a brand new product
May 1, 2019 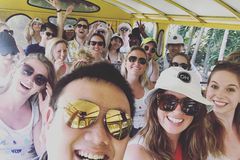 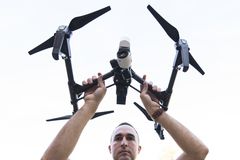