A multinational insurance giant has filed a legal action against the former top executive of Bondfield Construction Co. Ltd., seeking to recover $200-million it says it paid out as a result of the company’s collapse.

Zurich Insurance Group Ltd., which provided surety bonds for more than $1-billion worth of public sector contracts awarded to Bondfield, is suing former chief executive officer John Aquino, alleging he “misappropriated” or misused funds that should have been reserved to pay subcontractors and suppliers as required under Ontario’s Construction Act.

None of the allegations have been proven in court. A lawyer for Mr. Aquino told The Globe and Mail his client had yet to be served with the statement of claim. “The forum to respond … is generally in a statement of defence, not through the media,” Michael Citak said in an e-mail.

Bondfield, one of the largest builders of public sector projects in Ontario, has been operating under bankruptcy protection since last April. The magnitude of Zurich’s losses related to Bondfield are unprecedented in Canada, said Steve Ness, the president of the Surety Association of Canada, which represents hundreds of surety providers and brokers. “From our records, the Bondfield loss is far and away the most severe in the recorded history of our [surety] industry,” Mr. Ness said.

Zurich provided surety bonds for 65 of Bondfield’s public sector projects in Ontario – including schools, hospitals, community centres, and the busiest transit hub in Canada, Toronto’s Union Station – many of which have stalled because of Bondfield’s financial troubles. A surety bond is an insurance-like agreement that is a pledge to pay to complete work in the event of default by a contractor. Governments typically require construction companies to obtain surety bonds as a condition of bidding on a job.

The insurer is also suing former Bondfield chief financial officer Domenic DiPede for $20-million in damages. Kevin MacDonald, a lawyer for Mr. DiPede, said he will bring a motion to dismiss the claim against his client.

In his statement of defence, Mr. DiPede says Zurich has made “serious, unfounded allegations of fraud against him,” and that Mr. Aquino, from 2012 onward, “took complete control of Bondfield’s operations.”

According to Zurich’s claim, the actions of the former executives constituted a breach of trust under the Construction Act. Under the act, any payments Bondfield received from the government agencies that contracted it were required to be reserved for subcontractors and suppliers that were owed for their work, the claim alleges. Instead, Mr. Aquino and Mr. DiPede used those funds in a way that was “inconsistent with the trust provisions of the Construction Act,” the claim alleges. As a result, Zurich has had to step in and pay those creditors. The claim does not give any examples.

The claim also alleges Mr. Aquino signed indemnity agreements with Zurich, meaning he agreed to reimburse the insurance company for any claims made on the bonds. Such indemnification agreements are common in the construction industry.

Zurich has demanded co-operation from Mr. Aquino in exercising those agreements, the claim says. “However, John Aquino has failed or refused to comply with his obligations,” the claim alleges.

Zurich is also seeking a court order to trace any funds the contracting government agencies paid that found their way into bank accounts associated with Mr. Aquino and Mr. DiPede.

Mr. Aquino was the CEO of Bondfield until October, 2018, when the company announced he had been “removed” from his position and no longer worked there. He was replaced by his younger brother, Steven Aquino. The 47-year-old company, based north of Toronto in Vaughan, was founded by their father, Ralph Aquino.

Several months after Steven Aquino took over, the company sought and obtained court-ordered protection from creditors, citing more than 200 lawsuits that had been filed against it in 2018. In an affidavit, Steven Aquino attributed Bondfield’s financial challenges to, among other things, its “recent and significant expansion.” This growth included Bondfield’s selection as the winning bidder on a number of large-scale Infrastructure Ontario projects – facilities that are built with private sector financing, which are commonly referred to as P3s.

Between August, 2014, and January, 2015, Infrastructure Ontario awarded five contracts to Bondfield with a total value of $844.3-million, including three hospital redevelopments.

One of those projects, Cambridge Memorial Hospital in Southwestern Ontario, is three years behind schedule – one phase of that project, a new emergency department, is set to open this weekend. The redevelopment of Toronto’s St. Michael’s Hospital is more than two years behind schedule. The centerpiece, a 17-storey patient care tower, is now targeted for completion this summer.

As part of the insolvency proceedings, the court-appointed monitor, Ernst & Young LLP, launched a forensic investigation of Bondfield.

From 2011 to 2018, the company paid $80-million in invoices to companies that don’t appear to have any real operations for work that was never performed, the monitor alleged in court filings. Portions of the $80-million flowed back to company insiders, including John Aquino, who received $5.2-million, the monitor alleged. (The report states that, at the time these payments were made, Steven Aquino was “not involved in the financial affairs of Bondfield.”)

The monitor also alleged that $1.3-million and US$250,000 flowed back to Mr. DiPede from the $80-million in payments. However, Mr. DiPede’s lawyer, Mr. MacDonald, told The Globe the monitor has relied upon Mr. DiPede’s evidence in proceedings against John Aquino. The monitor is suing John Aquino and a number of the individuals associated with the companies that issued the suspect invoices, but it is not suing Mr. DiPede.

According to an affidavit sworn by Steven Aquino, Zurich has funded Bondfield’s operations in their entirety since August, 2018.

That same year, Zurich’s surety claims were about 13 times higher than the $34.9-million in premiums clients paid for insurance policies, leaving the company with a direct loss ratio of 1,350 per cent, according to the Office of the Superintendent of Financial Institutions’ website. 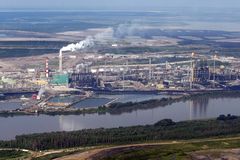 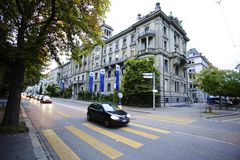 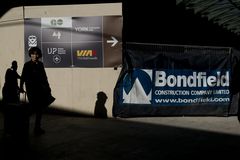