At the highest echelons of corporate law, the existential crisis has abated. Big Law is back – and in some ways, it’s doing better than ever.

After several years of soul-searching, an era that included the collapse of Heenan Blaikie, a prominent Canadian shop, many of the largest corporate law firms such as Osler, Hoskin & Harcourt LLP and Torys LLP had banner years in 2018, although exact figures for revenue and profit are closely held, because law firms are privately owned

“Big Law has not only survived, it has thrived,” said Jeffrey Singer, a partner at Stikeman Elliott, and a member of the firm’s executive committee.

Coming out of the financial crisis, corporate clients were seeking to slash expenses because underlying economic growth was so anemic. That put pressure on the fees they paid to external firms for legal counsel. A common demand from clients was “more for less.”

Technology has also upended the legal industry. Historically, lawyers were the gatekeepers of all types of information, but as technology evolved, much of it – including details on precedent deals – could be accessed through a computer. With this information now easily accessible, many clients started to beef up their own in-house counsel divisions, rather than constantly rely on costly external advice.

It all resulted in a hit to fees. Clients started resisting rate hikes by law firms, and that lowered realization rates, or the percentage of work performed at a firm’s standard rate that is ultimately collected from clients. In 2012, realization rates in the United States hit a record low of 83.6 per cent, according to a joint study by Thomson Reuters Corp. and Georgetown University’s Center for the Study of the Legal Profession.

As these forces took hold, many corporate law firms in both Canada and the United States struggled to adapt. Some of this stemmed from hubris. “There was a mistaken belief that everything we do is unique and bespoke,” said Les Viner, the managing partner of Torys. “It took a long time to persuade lawyers [otherwise].”

But as weaker financial results piled up, law firms were forced to evolve, and that included finding ways to cut costs. At Torys, the plans included opening a legal services centre in Halifax, where the cost of living is lower than Toronto, which means wages don’t have to be as high. What was developed as a rational business strategy took time for many partners to accept, Mr. Viner said.

Many lawyers also learned that what clients really value is their expertise and advice. “You can say ‘woe is me,’ but you shouldn’t have to charge for stuff a computer can do,” said Jeremy Fraiberg, a partner at Osler, Hoskin & Harcourt and chair of the firm’s mergers and acquisitions group.

As this transformation of Big Law took hold, law firms got a tailwind: The economy started to thaw. With credit flowing again and morale rising, client activity rebounded. That helped to remind everyone of the value of external counsel.

“There’s always going to be a need for advice,” Mr. Fraiberg said, adding that the legal profession is fundamentally a people business. “Computers can’t completely replace what we do.”

To adapt to the new world order, law firms have also updated what types of business they emphasize. “Firms are evolving to become more transactional,” said Mr. Singer of Stikeman Elliott.

Many have also built teams that specialize in new industries. Over the past decade there has been an explosion of private capital, and law firms have brought on experts in sectors such as infrastructure and alternative energy to advise on deals in these fields.

New areas of advice have also been added to deal teams, particularly privacy and cybersecurity. If a financial-services firm, or a hotel chain, acquires a rival, and the rival’s technology ultimately has security flaws once it is part of the merged company, it can create all sorts of trouble. In 2018, Marriott International purchased Starwood Hotel & Resorts for US$13.6-billion, but it was quickly revealed that Starwood’s customer database had a severe cyberbreach.

Yet while the rebound in business for Big Law has been widely felt across the top-tier firms, the strength only extends so far. Just like financial services, where the largest firms with scale are those that have the resources to invest in technology and attract clients, the same is true for corporate law. “The mid-sized firms are the ones who are most susceptible to competitive threats,” Mr. Singer said.

And even the biggest firms can't sit back now that they've found success again. “No one can afford to be complacent,” said Mr. Viner of Torys. Asked why, he replied quickly: “Too many law firms in the world. I feel very strongly about that."

“The smart ones," he said, “need to constantly continue to evolve.” 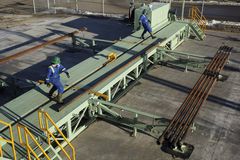 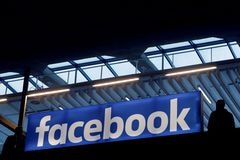 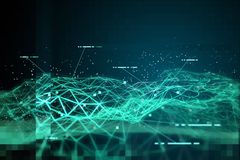