AltaCorp Capital analysts have taken a different look at carbon emissions, finding that "Canada continues to unfairly vilify itself."

Rather than just studying total emissions in a global context, AltaCorp analyst Patrick O'Rourke and his team looked at the proportion of fossil fuels used in domestic generation of electricity, which presents something of a different picture.

This comes, of course, amid a fierce debate over emissions and the federal government's carbon tax, which has set Ottawa against several provinces.

Indeed, the tax made its way to Saskatchewan's Court of Appeal last week and, as The Globe and Mail's Gary Mason writes, appears headed for the Supreme Court of Canada at some point on the issue of jurisdiction.

"While headlines often tout total carbon emission numbers, which unproportionally assign global carbon emissions to nations which have been blessed with vast fossil fuel resources, we are highlighting the weighting of fossil fuels in a country’s total electricity generation," AltaCorp's Mr. O'Rourke and his colleagues said in a recent report.

Here's what World Bank numbers for 2015, the latest available, show: 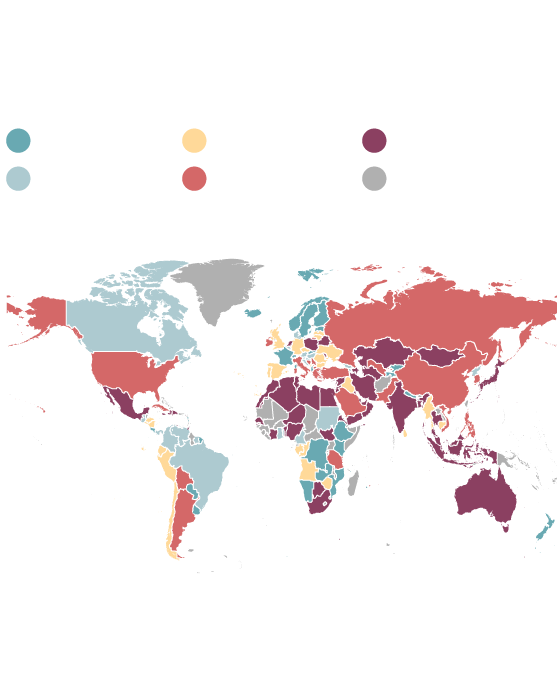 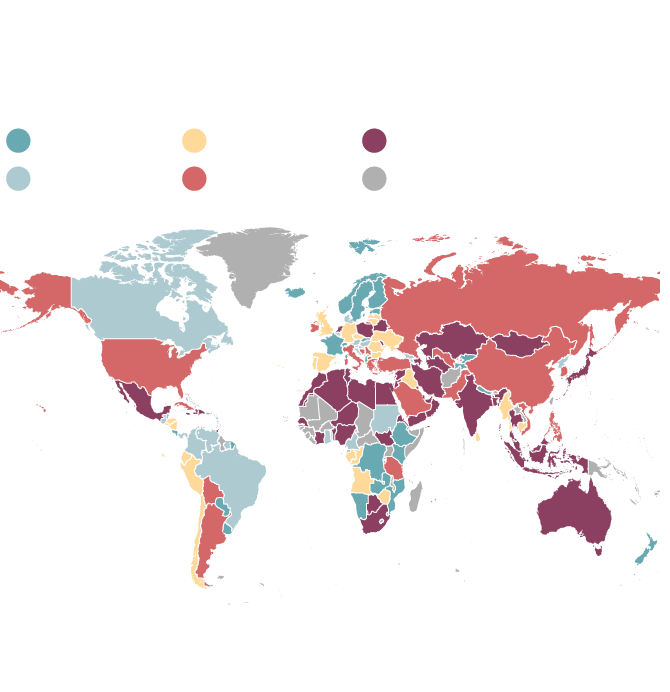 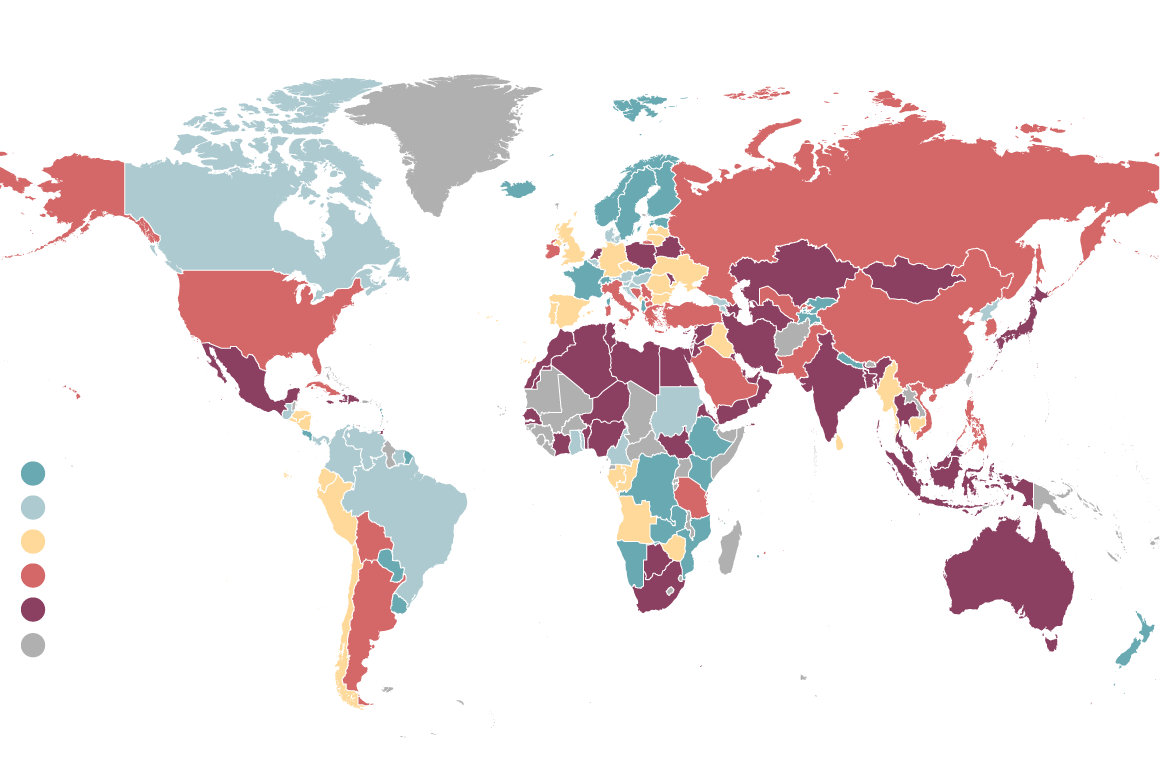 MURAT YUKSELIR / THE GLOBE AND MAIL, SOURCE: THE WORLD BANK

“Recent news articles continue to vilify Canada, often citing our greenhouse gas emissions relative to our population – we believe that these per-capita metrics unfairly portray Canada, which has been blessed with vast natural resources which help meet the global demand for hydrocarbons and as result raise the global standard of living,” the AltaCorp analysts said.

"This metric is even more impressive when considering that Canada is a top five global oil producer, yet places among the bottom quartile for per cent of electricity generation from fossil fuels."

Of course, the Paris targets are based on totals. And the AltaCorp analysts did not dispute existing overall tallies, but rather highlighted this other way of looking at it.

Most countries do “whatever is most efficient.” But in Canada, self-flagellation rages over “the relatively small proportion of our energy provided by hydrocarbon sources - to the detriment of our broader economy.”

This is not to suggest that the tax is right or wrong - aside, of course, from Ontario's inane argument that it would spark a recession - only to highlight AltaCorp's interesting take on the broader issue.

Prime Minister Justin Trudeau told my colleague Mr. Mason that "climate change is real and requires us to act," and that Canadians agree.

AltaCorp didn't comment on the tax - that wasn't the point of its report, anyway - but did say other countries could learn from Canada based on what we've done with electricity production.

"Any serious reduction in global greenhouse gas emissions from fossil fuels must be driven by decreases in demand," Mr. O'Rourke and his group said.

"With a multitude of alternative fuel sources available, countries which are serious about climate change will not hide behind their per-capita emission numbers, but rather pursue technological advancement and electricity-generation policies which address their countries' demand for hydrocarbons, starting with efforts to reduce the most carbon-intensive fuel sources such as coal."

Key will be potential signals from the Canadian and U.S. central banks and some notable corporate results, including the latest from SNC-Lavalin Group Inc. and Hydro One, which have been thrust into the political spotlight.

Also in the spotlight will be the trade talks between China and the U.S., which resume in Washington after last week’s round in Beijing. The two sides are trying to strike an agreement before American tariffs on Chinese goods are due to to rise in early March.

“The outcome from [last] week’s China, U.S. trade talks appears to have been a memorandum of understanding which would outline the areas for discussion, with a view to that being ratified along with an extension in order to create a framework for further discussion, in the coming weeks,” said CMC Markets chief analyst Michael Hewson.

"Ultimately it appears that conciliation appears to be the name of the game, in expectation of a truce beyond 1st March."

Here's what else to watch for:

British Columbia will be first out of the gate as budget season kicks off.

"This should be a relatively straightforward affair, with the province looking at a continued string of surpluses, stable debt-to-GDP (capital spending has been hefty) and priority spending in areas such as clean energy, childcare and housing affordability," said Bank of Montreal senior economist Robert Kavcic.

"While B.C. has doggedly held its AAA credit rating, its peers have long left the scene."

We’ll also get a reading on new-home prices in the U.S. and an earnings report from Walmart.

Markets will be watching for the afternoon release of the tell-all minutes of the last Federal Reserve meeting.

That late January meeting was key as the Federal Open Market Committee, the central bank's policy-setting group, signalled a pause in its rate-hiking cycle.

Investors want to know more, and thus will be scouring the minutes.

"The FOMC minutes will reveal how broad the consensus was in supporting the Fed’s dovish shift," said Michael Pearce, senior U.S. economist at Capital Economics.

Watch, too, for quarterly results from CVS Health, Potash Corp. of Saskatchewan and Trican Well Service.

Hydro One takes centre stage with its quarterly results, which come amid a fight with the Ontario government over how much its chief executive officer will be paid.

As The Globe and Mail’s Shawn McCarthy and Laura Stone report, the utility has proposed paying a new CEO up to $2.8-million, depending on certain targets being met, which would eclipse a government cap of $1.5-million.

So Premier Doug Ford has suggested to his Cabinet that he could just fire the board, further fuelling the controversy over political interference in the business.

On the central bank front, markets will be watching for comments from Bank of Canada governor Stephen Poloz when he speaks in Montreal.

Also on tap will be earnings releases from Finning International, Gildan Activewear, Kraft Heinz, Newmont Mining and Loblaw Cos.

Markets will also be watching for a report on December durable goods orders in the U.S., which economists forecast will show an increase of up to 1.8 per cent, though some analysts expect to see something weaker.

Everyone has been talking about SNC-Lavalin. This is the day SNC-Lavalin gets to talk about itself. Not that it’s going to say much about what’s going on in Ottawa as its name is bandied about every day running.

But there's much more to talk about than just the political controversy surrounding the engineering company.

“We are reiterating our ‘buy’ on SNC but lowering our one-year target price to $43 from $44 following further losses on a mining and metallurgy ... project in Latin America,” said Canaccord Genuity analyst Yuri Lynk.

“We believe SNC shares trade well below their intrinsic value. This could remain the case, however, until the company is able to deliver predictable, positive [free cash flow]. In the meantime, we view SNC’s Highway 407 [electronic toll route] stake as an important valuation backstop and potential source of liquidity, if needed.”

Investors will be watching, too, as Royal Bank of Canada launches the latest quarterly results from the country's major banks.

Economists expect anything from a flat reading to a loss of up to 0.7 per cent.

"According to industry data, auto sales sunk further in December, continuing the disappointing trend that’s been observed in that sector recently."

“The drag from fewer car sales will likely also mean real retail trade will post a negative print for the third consecutive month, and make it eight monthly declines for 2018, the first year that’s happened since 2008.”

View more suggestions in Following Read more about following topics and authors
Follow Michael Babad on Twitter @michaelbabad
Report an error Editorial code of conduct
Due to technical reasons, we have temporarily removed commenting from our articles. We hope to have this fixed soon. Thank you for your patience. If you are looking to give feedback on our new site, please send it along to feedback@globeandmail.com. If you want to write a letter to the editor, please forward to letters@globeandmail.com.
Comments