Many Canadian housing markets have staged a reawakening from their policy-driven plunges, but don't take that to mean that we're simply going to pick up where we left off.

First of all, Vancouver hasn't shared in the recovery. On top of that, Toronto-Dominion Bank projects modest gains going forward, and, in some cases, not even regaining what was lost this year.

Still, a fresh TD report underscores the soft landing of resale housing markets after new federal mortgage-qualification rules and other measures from the B.C. and Ontario governments cooled off the Vancouver and Toronto area markets amid fears of a burst bubble.

“Past experience has shown that markets begin to stabilize after about four to six months following the implementation of major changes to housing policy,” Derek Burleton, TD’s deputy chief economist, and economist Rishi Sondhi said in their study titled “Cue the comeback.”

And following the norm, sales and prices have "come off a floor" in most of the regional markets. But this recent stability doesn't mean "another strong rally" will follow.

“Unlike past periods when housing policy was imposed, this one is characterized by less accommodative credit and affordability conditions,” Mr. Burleton and Mr. Sondhi wrote.

"As such, pent-up demand from some buyers and healthy income gains will face a stronger headwind this time around, particularly in the face of further gradual interest rate increases by the Bank of Canada," they added.

"We maintain the view of an ongoing improvement in activity over the next few quarters, but the level of sales for the whole of 2018 won’t be able to recover what has been lost in most markets."

Still, "I think the soft-landing scenario has kind of played out to a T," Mr. Sondhi added in an interview.

Percentage change in sales and average price, my market

What this shows is that the Toronto area, for example, which caused such angst among policy makers, was hit hard by those policies, but reawakened after a few months.

Sales tanked from December to April, the commercial bank regulator's new mortgage rules having come into effect in January, but then recovered through to last month, for a 17.4-per-cent gain from a year earlier. You can see the same pattern in average prices.

That May-July sales rebound was evident in several other Canadian centres, as well.

Not so Vancouver, where sales tumbled by about 34 per cent in the first period, and a further, if much slower, 2.8 per cent in the second period, ending July with a 35-per-cent annual plunge.

Average prices were a bit different, slipping 4.2 per cent, then picking up by 2.2 per cent, and now down 0.6 per cent over the course of a year. 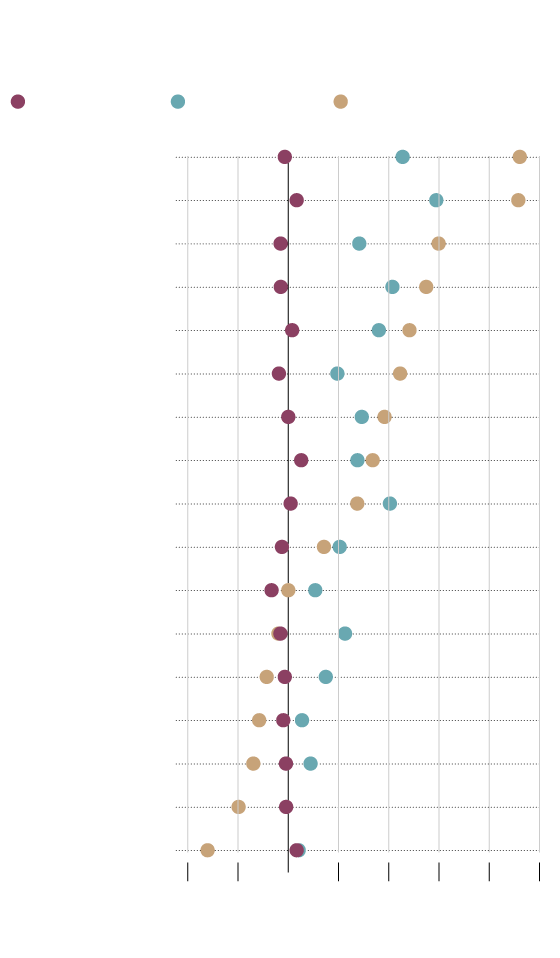 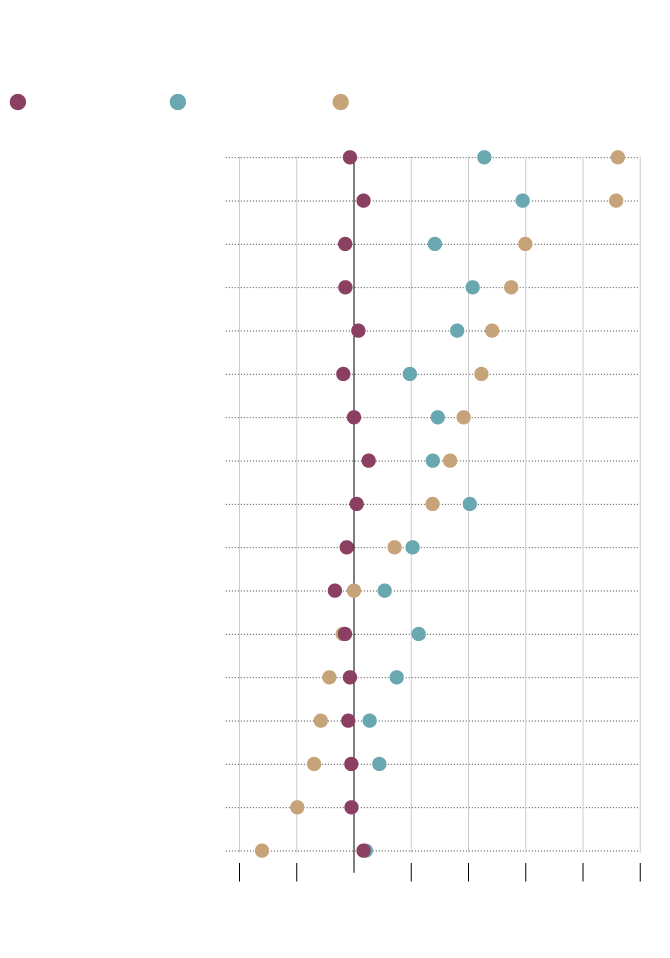 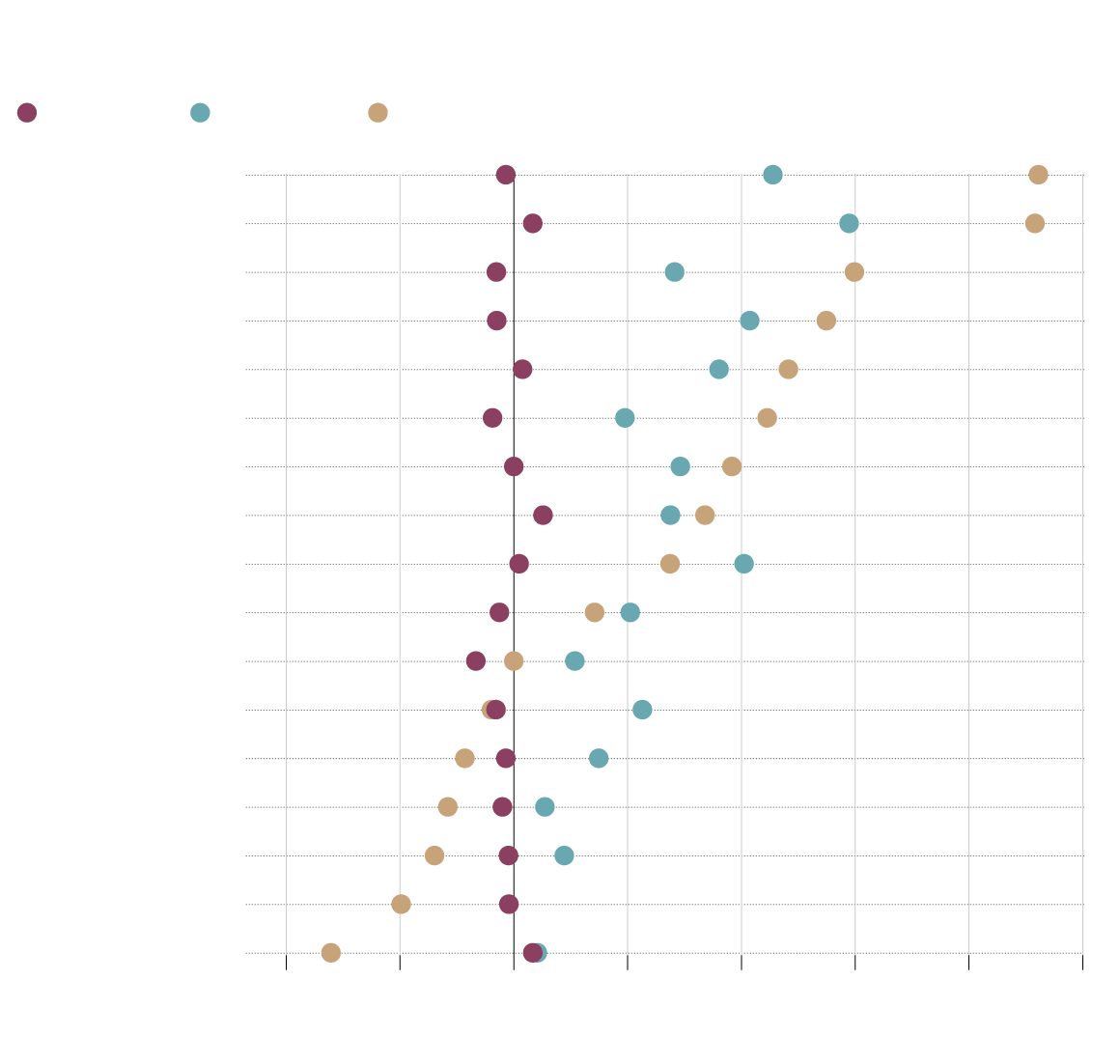 "Past rebounds following policy changes have followed more distinct V- shaped patterns than we have embedded in our near-term forecast," Mr. Burleton and Mr. Sondhi said.

“As such, our view over the remainder of 2018 could be on the cautious side,” they added.

“On the downside, the economic environment remains risk-filled, with trade tensions arguably the most pressing near-term risk to regional job markets. In addition, interest rate sensitivity is high relative to past cycles, so this may prove more meaningful in crimping demand than we currently have built into the forecast.”

TD forecasts that sales in B.C. will fall by about 23 per cent this year, and perk up by 7.2 per cent in 2019, with prices gaining in each year.

The Trump administration has reached a breakthrough in NAFTA talks with Mexico, clearing the way for Canada to return to the bargaining table for a mad dash to conclude a final deal.

Top American and Mexican officials concluded a marathon negotiating session in Washington with an agreement on new content rules for the auto sector and several other bilateral matters that had proven major sticking points in the talks, The Globe and Mail’s Adrian Morrow reports.

Expect to see a nice bounce in Canada’s second-quarter economic performance when numbers are released this week. Just remember to savour it, because the following three months may not be as upbeat.

Consensus expectations are for Statistics Canada to report Thursday a gross domestic product reading of 3 per cent. Some economists forecast a number as strong as 3.5 per cent, and if that happens, it could shake up market expectations for the Bank of Canada’s next move on interest rates and, by extension, where the Canadian dollar is heading.

The second-quarter showing will mark a hefty pickup from annualized growth of just 1.3 per cent in the first three months. But the central bank forecasts third-quarter growth of 1.5 per cent, so it may be a case of going from zero to hero and back again.

Economists believe consumer spending and exports helped pump the economy, with some drag from a housing market hurt by new mortgage qualifications and higher interest rates.

Observers, for now, are expecting the Bank of Canada to hold off raising its benchmark rate until October, and sit on its hands at its September meeting.

"That’s good, but not good enough to force the BoC’s hand in September, given its [monetary policy report] forecast was already for 2.8-per-cent growth in the quarter," he added.

“However, there’s always the risk of a surprise, particularly in recent years, to the upside for Q2. That could be nothing more than chance. But with recent quarterly data running under the pace of monthly figures, there’s a more meaningful reason for a catch-up to be in the cards. A better number than consensus expectations or tracking numbers may give a short-term boost to the [Canadian dollar].”

CIBC and Royal Bank of Canada both project growth of 3 per cent, in line with the consensus.

But consider that Bank of Montreal forecasts 3.3 per cent, and Toronto-Dominion Bank falls on the high side at 3.5 per cent.

"If, and only if, NAFTA negotiations evolve into a deal in the next couple of weeks, expect the 3-per-cent Q2 growth rate to be enough for central bankers to raise rates another quarter-point in September," said Royce Mendes, Mr. Grantham's colleague at CIBC.

"Otherwise, we would need a notable upside surprise in GDP to make the case for September."

Even then, of course, the Bank of Canada expects a second-quarter pop to be a one-hit wonder sandwiched between the first and third.

What else to watch for this week:

BMO and Bank of Nova Scotia pick up where Royal Bank of Canada and CIBC left off last week, each releasing third-quarter results. RBC and CIBC both reported a strong quarter, and each raised its dividend.

Also on tap is the release of the S&P Case-Shiller home price index.

BMO expects Statistics Canada to report that the current account deficit “narrowed massively” to $15.6-billion in the second quarter, helped along by the impact of stronger oil prices on exports.

"Our estimate would peg the current account shortfall at around 2.8 per cent of GDP, nearly a full percentage point improvement from Q1," said Benjamin Reitzes, BMO's Canadian rates and macro strategist.

Watch, too, for results from National Bank of Canada, Canadian Western Bank and WeedMD.

Along with GDP, it's an interesting day for corporate results, with TD, Lululemon Athletica Inc. and BRP all reporting.

And watch for the U.S. government’s report on personal spending and income, each expected to show a gain of 0.4 per cent in July. The numbers, said Andrew Hunter, U.S. economist at Capital Economics, “are likely to show that real consumption growth remains unusually strong.”

“These indices and virtually all other activity measures weakened in July,” said Chang Liu of Capital Economics. “The slowdown seems set to continue for a while yet.”

Capital Economics forecasts that Brazil, meanwhile, will report the economy shrank 0.2 per cent in the second quarter from the first, hit by truck drivers going on strike in May.