A new study from Statistics Canada shows just how wealthy we are as a nation, but it also highlights how many Canadians are messed up or poor.

The report by principal researcher Guy Gellatly and senior research economist Elizabeth Richards, released this week, comes amid the continuing controversy over income inequality in Canada and is certain to feed into the debate.

Their study illustrates how wealth has increased markedly, and how debt-to-income levels in Victoria, Vancouver and Toronto are out of whack with the rest of Canada.

Some of the numbers may be a bit out of date, given that they’re taken largely from a 2016 Survey of Financial Security, and, of course, given the change in borrowing habits since interest rates first rose and new mortgage-qualification stress tests came into effect early last year.

But the researchers also took information from other Statistics Canada sources to include the “most up-to-date results,” Ms. Richards said.

The numbers shed light on debt and wealth across Canadian regions and income groups, and show changes over time. And, remember, although our borrowing habits may have cooled along with housing markets, credit levels remain swollen, and the household debt burden elevated.

“Debt-to-income levels among Canadian households continued to edge higher in the years following the recession, before rising sharply in 2015 and 2016 when income growth slowed as the economy adjusted to lower oil prices,” Mr. Gellatly and Ms. Richards said.

“Currently, Canadian debt-to-income levels are over 20 per cent higher than in late 2007.”

The debt-to-income ratios of households in Victoria, Vancouver and Toronto stood at 240 per cent, 230 per cent and 210 per cent, respectively, in 2016, topping the national average of 165 per cent.

For purposes of comparison, those in Moncton, London and Fredericton, at 106 per cent, 113 per cent and 119 per cent, trailed the average. 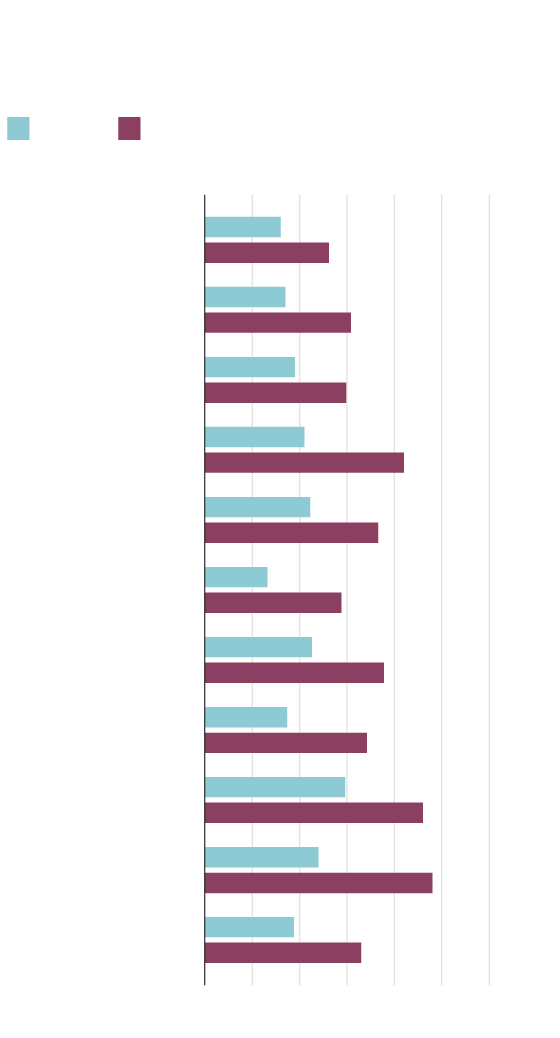 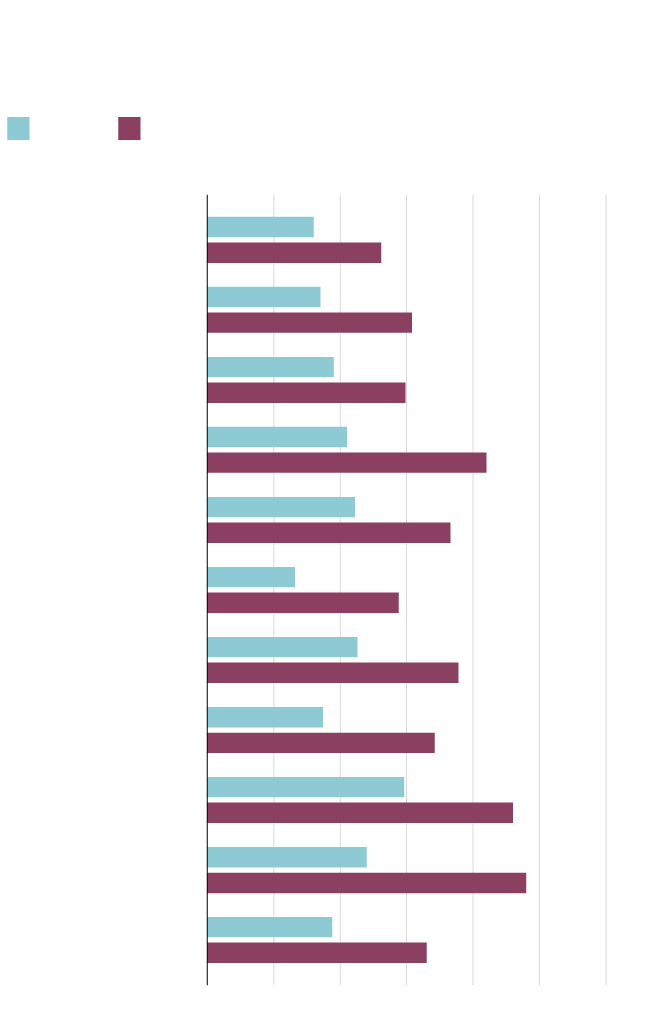 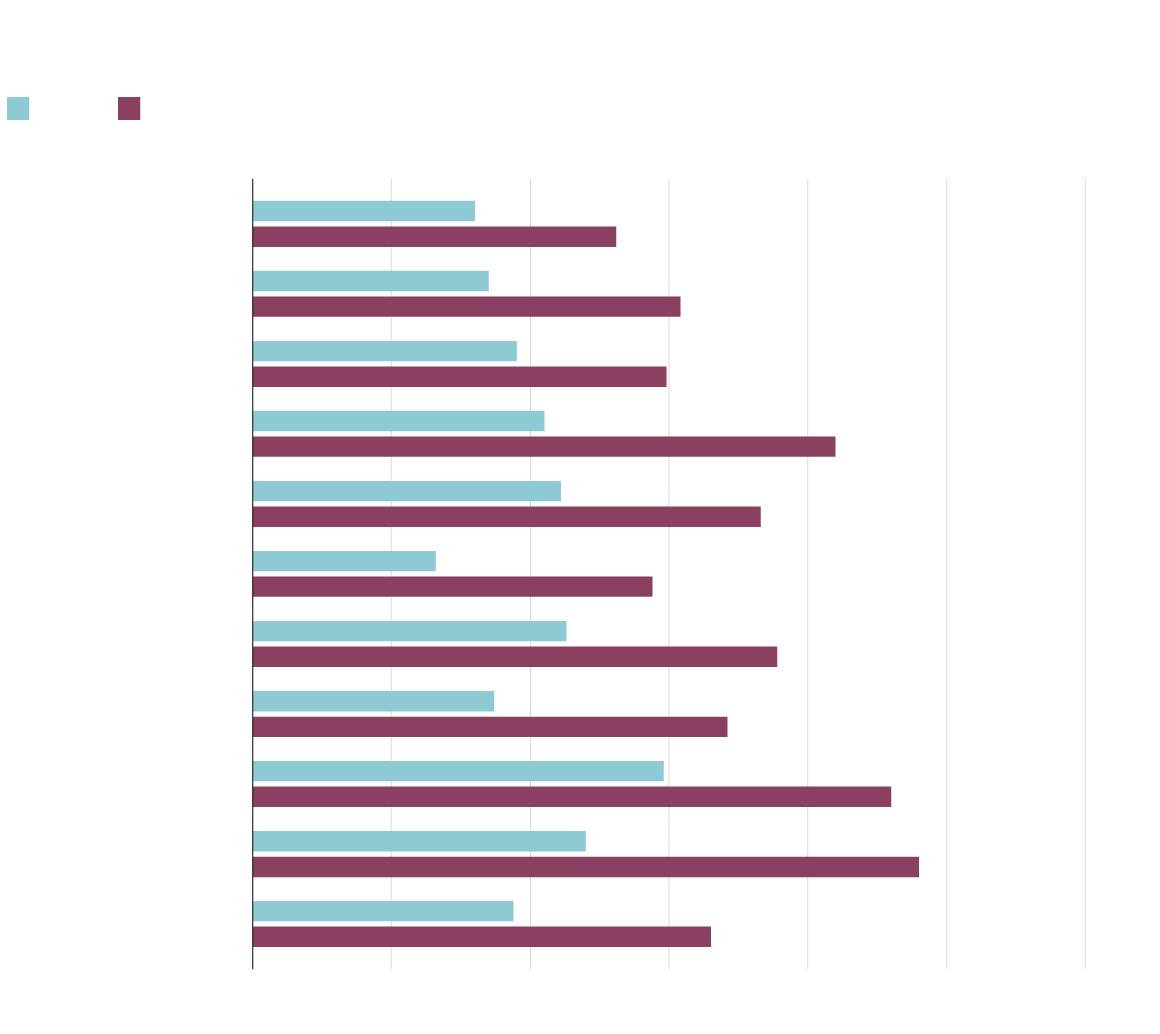 “The leverage and wealth estimates reported above highlight the extent to which many lower-income families carry on average both higher debt loads and lower levels of net wealth,” the Statistics Canada researchers said.

Households in the lowest income quintiles in Toronto had a sharp 420 per cent of debt as a proportion of income. In Vancouver, that stood at 400 per cent.

Thus, the study underscores how “it was the poorest households in the nation’s two largest cities that were squeezed the most,” said Bank of Montreal economic analyst Priscilla Thiagamoorthy.

“We suspect the bulk of the debt was likely from student assistance programs, auto loans and credit cards,” she said.

“The good news is that interest-rate hikes are now on pause. And, job gains are a bright spot in the Canadian economy. But, if we see major signs of teetering on that front, the debt burden could become a larger issue.”

The latest numbers from Statistics Canada, for the record, showed household credit market debt-to-disposable income at a seasonally adjusted 178.5 per cent in the fourth quarter, which means we owe $1.79 for each dollar of disposable income.

“Despite significantly higher debt levels, those at the lowest end of the income distribution also generally had lower net worth, particularly compared with those in the higher income quintiles,” Statistics Canada said.

“For example, in Toronto, net worth for families in the lowest income quintile was $9,000 in 2016 compared with $1.2-million for those in the highest income quintile. This finding was generally similar across the country.”

Breaking it down, families in every income quintile chalked up gains in net worth as the values of their assets rose faster than their liabilities. 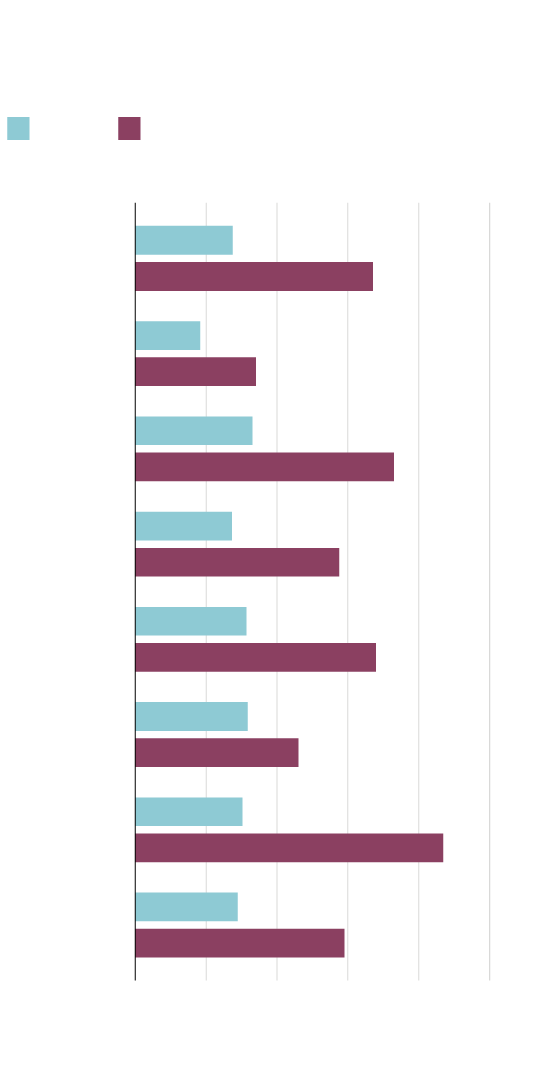 Median family net worth, Canada and

*The 1999 estimate for Quebec City should be interpretated

with caution due to sampling error. 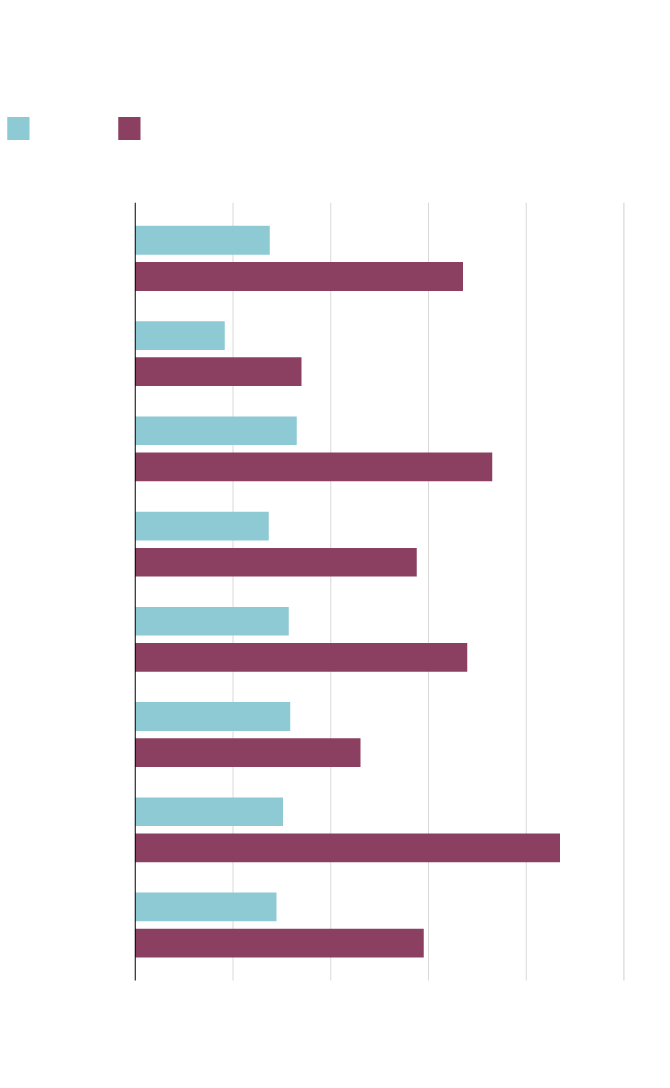 Median family net worth, Canada and

*The 1999 estimate for Quebec City should be interpretated with caution

due to sampling error. 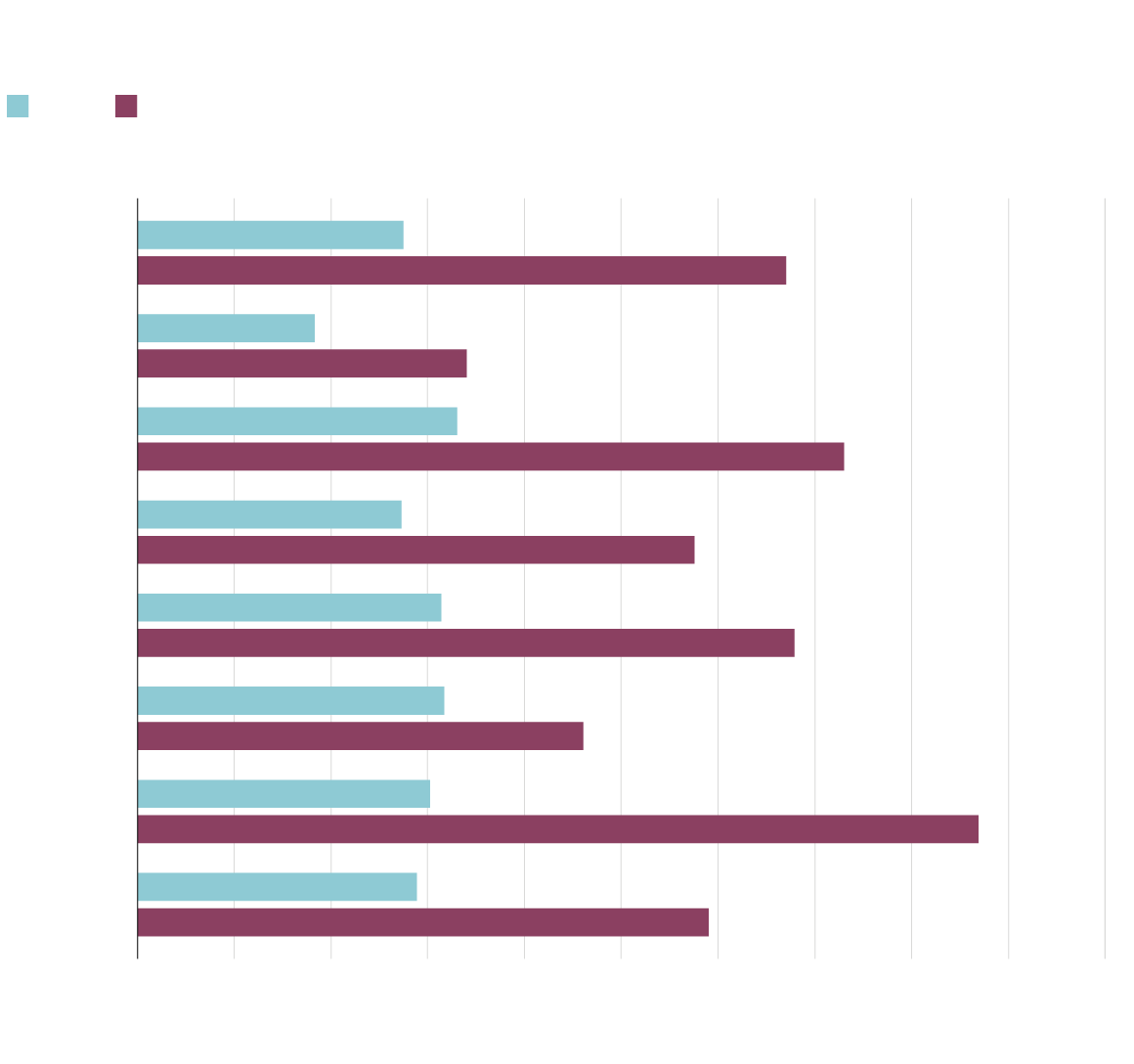 *The 1999 estimate for Quebec City should be interpretated with caution due to sampling error.

“Families living in British Columbia and Ontario exhibit higher median wealth than those living in other provinces,” said Mr. Gellatly and Ms. Richards.

“The contribution of housing to real asset growth is more pronounced in Toronto and Vancouver. In these cities, principal residences accounted for over 50 per cent of real asset growth during this period,” they added.

Separately, investment firm Edward Jones this week released survey results that showed 77 per cent of Canada think saving is more important than paying down their debts, at 44 per cent.

The shortfall eased to $4.2-billion from $4.8-billion in December, Statistics Canada said today, as exports climbed 2.9 per cent to mark the first gain since last July.

Export prices climbed 2 per cent, and volumes 0.9 per cent.

After a string of losses, the agency said, energy exports rose 14 per cent, largely on a hefty jump in oil prices.

Imports, in turn, rose 1.5 per cent to a record level.

“It’s a good reminder that the energy sector’s near-term difficulties, which weighed on growth toward the end of last year, should be largely transitory. Prices have rebounded this year and output should follow as mandatory curtailments are reduced.”

The Globe and Mail’s Tim Kiladze looks at activist investors, once a noble bunch fighting for the rights of regular shareholders. But now, it’s hard to tell the altruists from the raiders.

Investors found carrying on a business – such as day traders – will now be held legally responsible for any tax owing on income earned in a tax-free savings account, The Globe and Mail’s Clare O’Hara reports.

Renault SA plans to reignite merger discussions with Nissan Motor Co. within a year, and then turn its guns on Fiat Chrysler, the Financial Times reports.

View more suggestions in Following Read more about following topics and authors
Follow Michael Babad on Twitter @michaelbabad
Report an error Editorial code of conduct
Due to technical reasons, we have temporarily removed commenting from our articles. We hope to have this fixed soon. Thank you for your patience. If you are looking to give feedback on our new site, please send it along to feedback@globeandmail.com. If you want to write a letter to the editor, please forward to letters@globeandmail.com.
Comments