Foreign investors are souring on Canada.

So much so that last year marked the slowest in 11 for net investment in Canadian securities among foreigners.

Not only that, December alone saw non-residents divest holdings of Canadian bonds by what Statistics Canada said was an “unprecedented” $24.8-billion.

All of this is important for several reasons, including what it could mean for the Canadian dollar and the country’s current account deficit, the latest numbers for which we’ll see today.

All of this is important for several reasons, including what it could mean for the Canadian dollar and the country’s current account deficit, and we got the latest reading for that this morning.

The current account deficit swelled by $5.4-billion in the fourth-quarter to $15.5-billion, which was fatter than some economists had expected, Statistics Canada said today.

“This increase reflected a higher trade in goods and services deficit, which was moderated by a lower investment income deficit,” the federal agency said.

The goods and services shortfall expanded by $6.1-billion, with exports falling $7.3-billion largely because of lower energy prices.

“Most of that widening was due to the fall in energy prices, something that has partially rebounded so far in 2019,” said CIBC World Markets senior economist Royce Mendes.

“Oil prices alone won't likely be able to reverse all of the widening seen in the latest report,” he added.

“The persistent current account deficit is one of the key reasons we see the need for the Canadian dollar to be even weaker in the years ahead.”

The exodus from bonds came in both government and corporate paper, the latter largely because they were maturing.

The entire year saw a net inflow of just $42-billion into Canadian debt securities, down from $132.6-billion in 2017 and the slowest pace in five years. That was largely on “weaker external demand” for Canadian government bonds, Statistics Canada said. 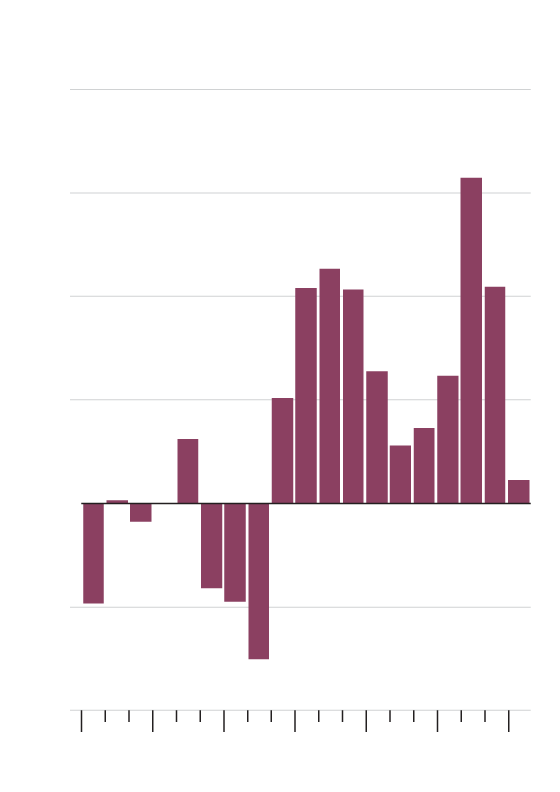 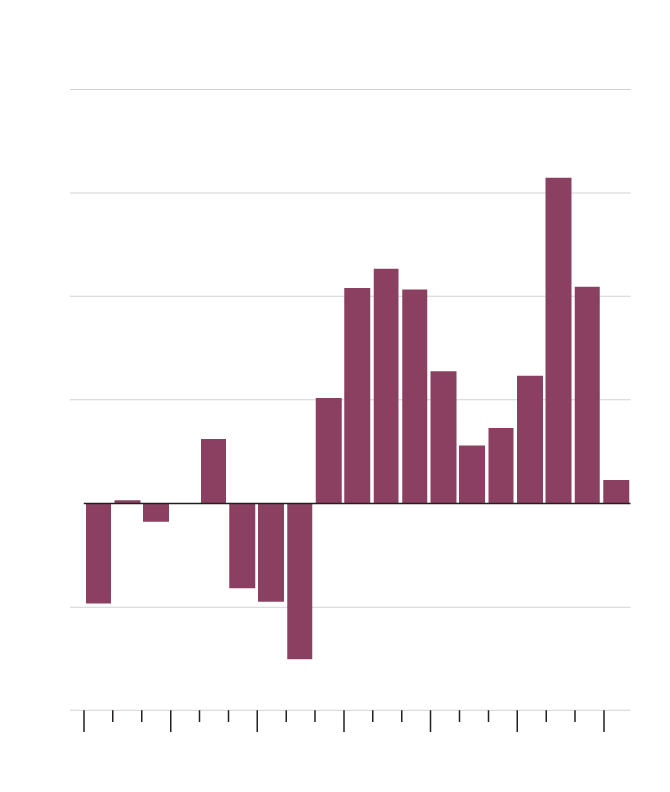 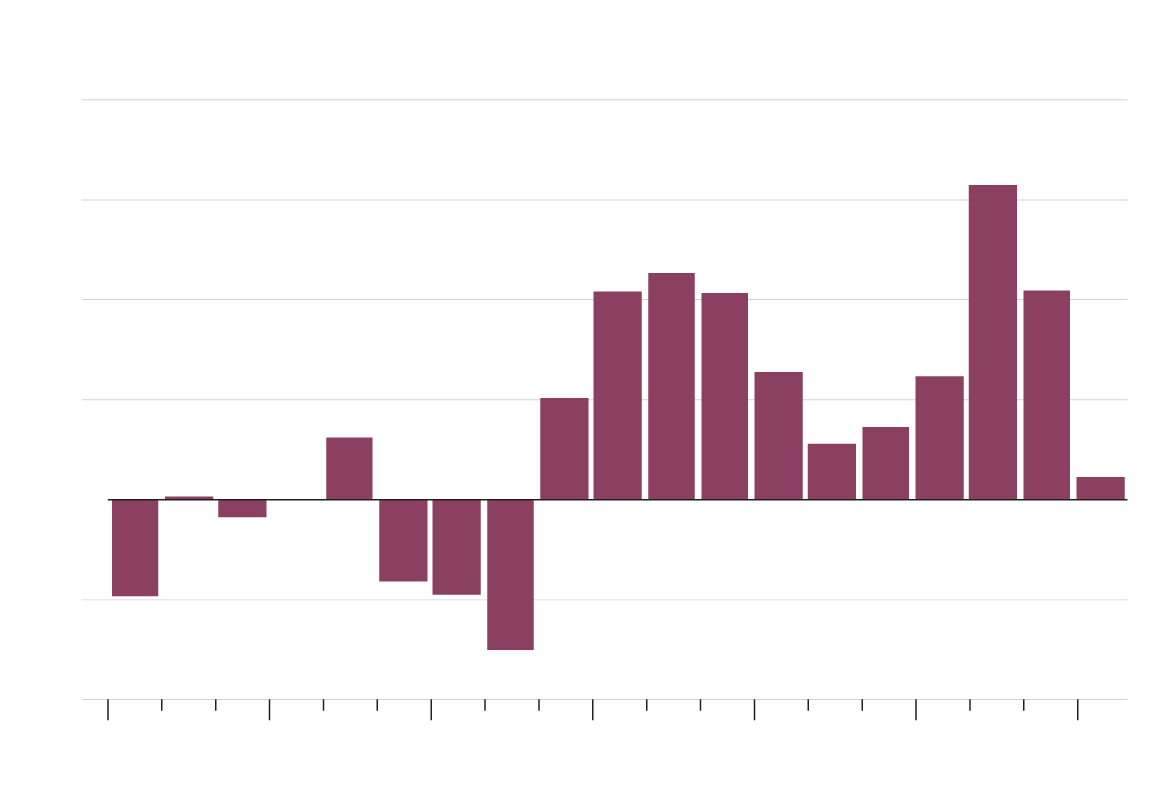 This came, Statistics Canada said, as long-term interest rates in Canada declined by 35 basis points and the loonie depreciated by almost 2 cents against the U.S. dollar.

On the other side of the ledger, though, non-residents bought Canadian stocks at the fastest rate since May, 2017, with an inflow of $6.7-billion. Over the course of 2018, such stock purchases amounted to $27.5-billion, down from 2017, which was a record year.

Helping drive the turnaround in sentiment to Canadian bonds is the fact that, with its triple-A rating, Canada had been an attractive market.

Not only that, but the U.S. and European central banks had been buying domestic bonds to force down their yields and help juice their economies, meaning investors had to look elsewhere, said CIBC senior economist Andrew Grantham.

But demand for Canadian assets is now waning because of more supply in the U.S. and because interest rates are higher there.

When you put it all together, “there’s a clearer path for CAD to reach something closer to its modelled fair value, which is around USDCAD 1.40,” Mr. Grantham said.

He was referring to the U.S. and Canadian dollars by their symbols. And that 1.40 translates to a loonie worth just shy of 71.5 US cents at some point.

RBC’s Ms. Lignos isn’t particularly worried about the currency at this point.

“While non-residents were shedding Canadian bonds, they were net buyers of Canadian equities, offsetting around a third of their net bond sales,” Ms. Lignos said.

“Canadian investors kept their holdings of foreign equities roughly flat so there was a net equity inflow,” she added, citing other reasons, as well.

Nonetheless, there could still be trouble for the loonie down the road, Ms. Lignos said.

“It highlights Canada’s vulnerability to a global slowdown – Canada’s deficit is both less likely to be self-correcting in the long term and more tenuously financed than some of its G10 peers,” she said.

“If that doesn’t change before the next downturn, CAD will be more at risk.”

“Financing of the external deficit has come courtesy of short term foreign capital, which has potential to quickly disappear,” he said. “That leaves Canada and its currency vulnerable to fickle foreign investor sentiment.”

TD raised its dividend by 7 cents to 74 cents.

U.S. economic growth slowed in the fourth quarter, but that doesn’t for a moment mean the expansion is set to end.

“The U.S. economy downshifted late last year as fiscal and monetary stimulus faded, but consumers and businesses still appear to have enough gas left in the tank to support the expansion for a while,” Bank of Montreal senior economist Sal Guatieri said.

Growth slowed to an annual pace of 2.6 per cent, compared to 3.4 per cent in the previous three-month period.