Many more Canadians are expected to go bust.

As The Globe and Mail’s Matt Lundy reports, insolvencies among consumers climbed to 11,935 in September, up 19.3 per cent from a year earlier and 5.8 per cent from August.

Insolvencies come in two forms: The first are traditional bankruptcies, and the second are so-called proposals, which involve consumers restructuring the terms of their debts with lenders.

The number of bankruptcies rose in September to 4,713, up 5.3 per cent from a year earlier and 4.9 per cent from August, according to the Office of the Superintendent of Bankruptcy Canada.

“There is a strong correlation between interest rate changes and consumer filings but we see a two- to three-year lag between rate increases and a growth in the number of insolvencies,” said André Bolduc, a senior vice-president at BDO Canada and a member of the board of the Canadian Association of Insolvency and Restructuring Professionals.

“Sustained increases in living costs and debt-servicing costs have created an environment in which more people are struggling to stick to their repayment terms,” he added in a report. 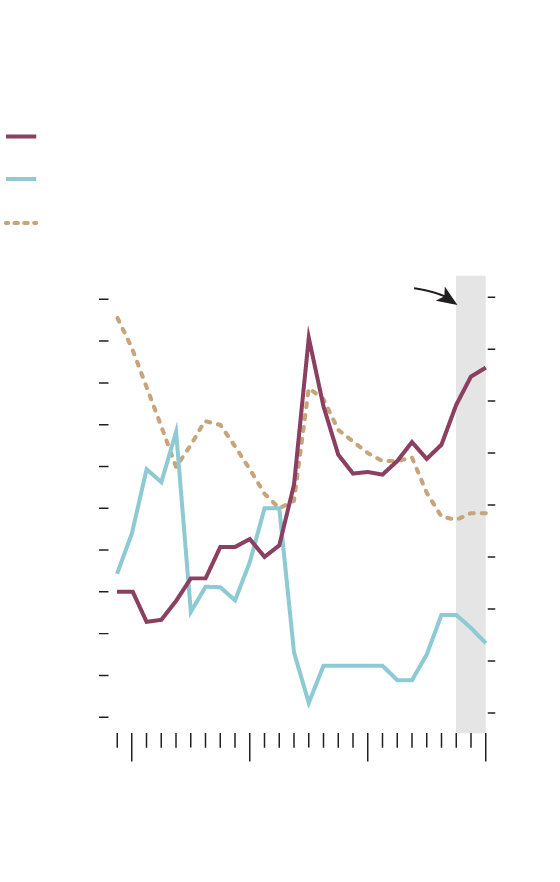 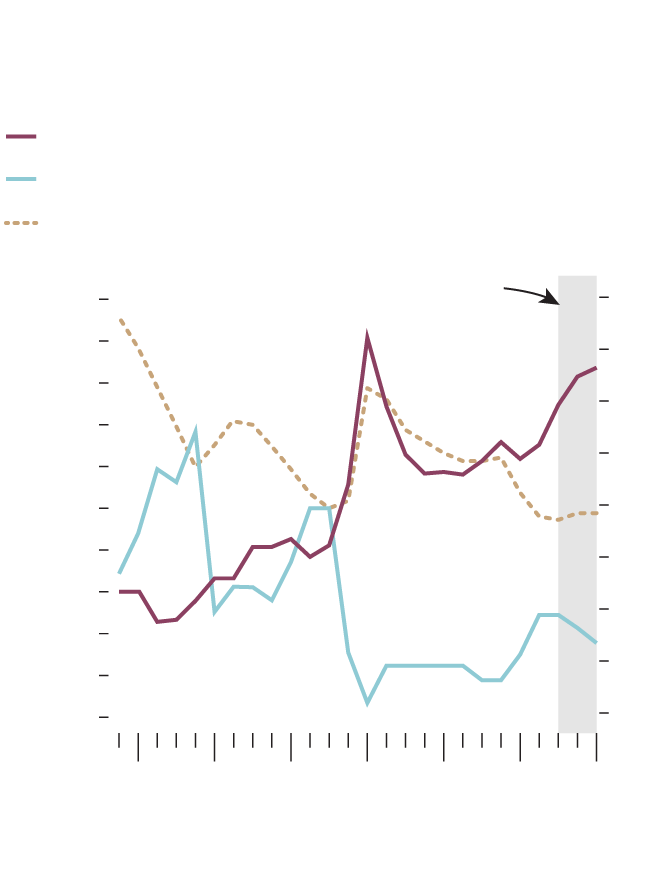 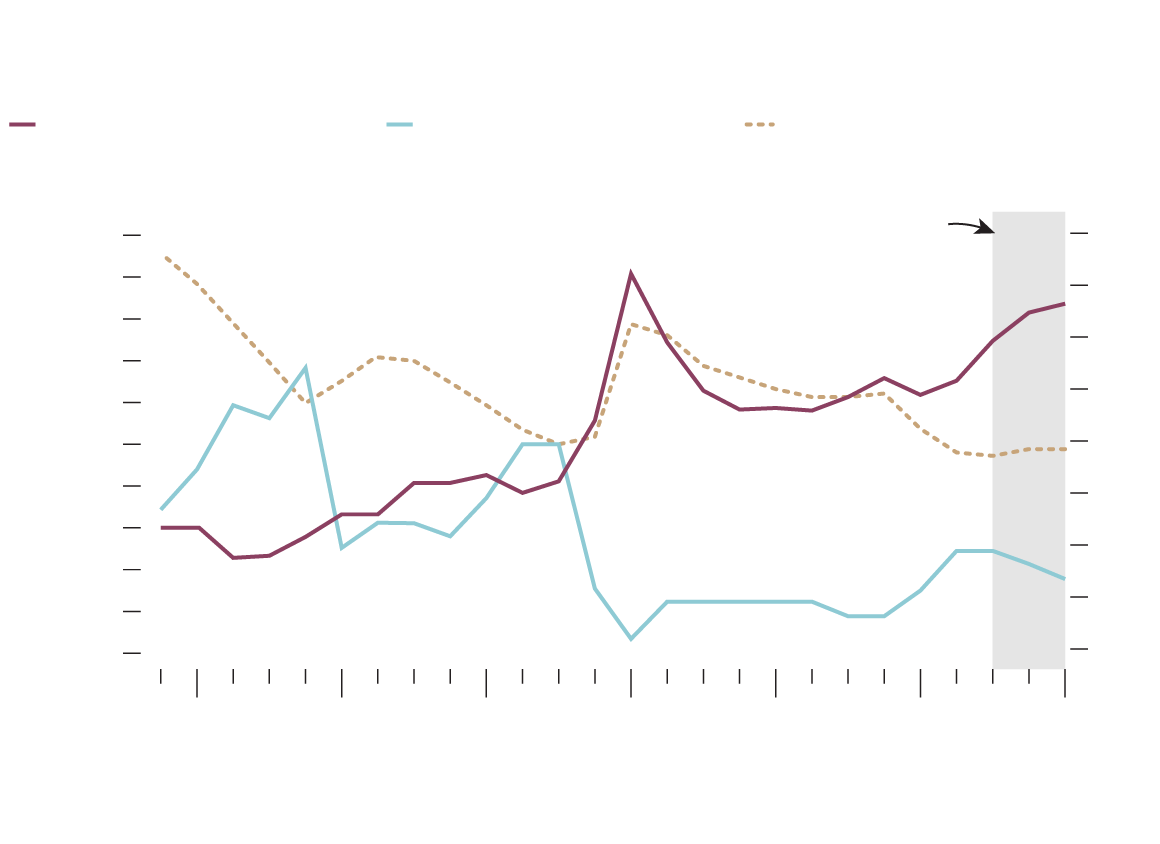 The latest numbers from Statistics Canada put the key measure of household credit market debt to disposable income at 177.1 per cent, seasonally adjusted, in the second quarter. Looked at another way, Canadians owe $1.77 for each dollar of disposable income.

Those figures are actually down, but are still awfully high.

Consumers can run into big trouble, according to Mr. Bolduc’s association, when they’re saddled with swollen debts and then face an “unexpected life event,” such as unemployment, a health issue or a major expense, among other things. Higher, and unexpected, expenses are also issues.

“The credit bubble is certainly close to bursting for many more households and we expect the increase in personal insolvencies to continue and potentially accelerate over the next few years,” Mr. Bolduc said.

Derek Holt, Bank of Nova Scotia’s head of capital markets economics, noted that the latest insolvency statistics are “somewhat distorted to the upside” because of the low numbers a year earlier.

Still, they’re not distorted “by enough to explain the acceleration,” Mr. Holt said.

“Population growth may be playing somewhat of a role given the acceleration during recent years,” he added.

And, of course, he pointed out, proposals are not bankruptcies but rather a change to lending terms.

“It’s feasible that the decline in mortgage rates over 2019 may have driven some of this rise,” Mr. Holt said.

“For example, the five-year Canada bond yield that is among the drivers of fixed mortgage rates fell from about 2.5 per cent in early October of last year to 1.5 per cent in early September of this year before subsequently rising to 1.56 per cent now,” he added.

“Lenders will seek to make whole on the overall terms of the contract changes, but it’s feasible that payments were restructured to lower them even if potentially because of accompanying alterations like lengthier amortizations.”

From Reuters: U.S. central bankers see a “sustained expansion” ahead for the country’s economy, with the full impact of recent interest rate cuts still to be felt and low unemployment boosting household spending, Federal Reserve Chair Jerome Powell said in remarks that brushed aside any worries of a looming slowdown. “The baseline outlook remains favourable,” Mr. Powell said in remarks prepared for delivery to the Joint Economic Committee of Congress, a panel that includes some members from the House of Representatives and Senate.

Google to get into banking: report

From Reuters: Alphabet Inc.’s Google will offer personal checking accounts from sometime next year in partnership with Citigroup Inc. and a small credit union at Stanford University, a person familiar with Google’s plans said. The details of the project, named Cache, were first reported by the Wall Street Journal and follow moves by tech heavyweights Apple Inc. and Facebook Inc. into the financial industry this year “Our approach is going to be to partner deeply with banks and the financial system,” Caesar Sengupta, general manager and vice-president of payments at Google, told the Journal in an interview.

From Reuters: U.S. consumer prices rebounded more than expected in October and underlying inflation picked up, which, together with abating trade tensions and fears of a recession, support the Federal Reserve’s signal for no further interest rate cuts in the near term. The Labor Department said its consumer price index increased 0.4 per cent last month as households paid more for energy products, healthcare, food and a range of other goods. In the 12 months through October, the CPI increased 1.8 per cent after climbing 1.7 per cent in September.

From Reuters: Canadian retailer Loblaw Cos. Ltd. reported a 2.3-per-cent rise in quarterly revenue, boosted by higher demand at its pharmacies and food stores. Net earnings attributable to common shareholders rose to $331-million, or 90 cents a share, in the third quarter ended Oct. 6, from $106-million or 28 cents a year earlier.

From Reuters: U.S. electric vehicle pioneer Tesla will build its first European factory and design centre near Berlin to produce cars “Made in Germany” as it seeks to burnish its reputation for reliability and sporting prowess. Tesla Chief Executive Elon Musk made the announcement at a prestigious German car awards ceremony late on Tuesday and said its new plant would make batteries, powertrains and vehicles - starting with its Model Y sports utility vehicle. Tesla’s move into Europe comes at a challenging time for the Silicon Valley trailblazer, which is investing heavily in new factories and new products, such as a pickup truck, but has yet to prove it can be consistently profitable.

From Reuters: Global oil demand growth is expected to slow from 2025 as fuel efficiency improves and the use of electrified vehicles increases, the International Energy Agency said. The Paris-based IEA, which advises Western governments on energy policy, said in its annual World Energy Outlook for the period to 2040 that demand growth would continue to increase even though there would be a marked slowdown in the 2030s. The agency’s central scenario - which incorporates existing energy policies and announced targets - is for demand for oil to rise by around 1 million barrels per day on average every year to 2025, from 97 million barrels a day in 2018. Demand is then seen increasing by 0.1 million barrels a day a year on average during the 2030s to reach 106 million barrels a day in 2040.

From Reuters: Chinese e-commerce giant Alibaba Group is poised to launch a Hong Kong share sale expected to raise up to US$13.4 billion as soon as Thursday, according to two sources with knowledge of the discussions. While Alibaba executives are preparing for a Thursday launch, sources said the timing could slip depending on developments in Hong Kong’s ongoing protests. The deal - the world’s biggest cross-border secondary listing - will be seen as a boost for Hong Kong, which recently entered its first recession in a decade as more than five months of street protests and worries about the U.S.-China trade war took their toll.

From Reuters: British inflation fell to its lowest level in nearly three years in October, official data showed, giving households a bit of a spending boost before next month’s election. Consumer prices rose at an annual rate of 1.5 per cent, compared with 1.7 per cent in September as a regulator’s tariff cap pushed down electricity and gas prices for 15 million homes, the Office for National Statistics said. It was the lowest reading of the consumer price index since November 2016.

“Equity markets enjoyed another positive session yesterday in the lead-up to President Trump’s speech to the Economic Club of New York … This optimism was driven primarily by the belief that the U.S. president would resile from his threat to levy tariffs on the European auto sector …There was also the hope that he would clarify last week’s comments from the Chinese Ministry of Commerce that both sides had agreed to roll back existing tariffs on each other’s goods in a phased implementation of any agreement. As it happened the president did nothing of the sort, if anything he appeared to fire the starting gun on his 2020 re-election campaign, with a rambling love letter to his own administration littered with criticisms of the Federal Reserve, the EU and China, while at the same time telling his audience how great he is, despite the constraints of U.S. monetary policy and the Democrat opposition.” Michael Hewson, chief analyst, CMC Markets

“I’ve tried to master the tango, with very little success, and after 30 years of marriage, I think my wife has given up all hope. Which is a pity because working out the next step in a seemingly random sequence of moves by President Trump as he demonstrates The Art of the Trade Deal really would come in handy at the moment. In his address to the Economic Club of New York yesterday, President Trump spent most of his time telling his audience how well project MAGA is going, how many jobs have been added to the economy on his watch, how much equity indices have risen and how much more he could achieve if the Federal Reserve would be more co-operative. On trade, his policy of encouragement laced with threatened retaliation to correct past injustices continues. A ‘Phase 1’ trade deal with China could come soon but beyond that, there were plenty of warnings about the implications of the Chinese, and others, ‘mistreating’ the U.S. There was no reassurance that import tariffs on European cars aren’t coming. If I were an expert tango dancer, I’m sure I’d know what move comes next but, as it is, it looks more like a random walk.” Kit Juckes, global fixed income strategist, Société Générale

“The [New Zealand dollar] rallied after the Reserve Bank of New Zealand (RBNZ) left the official cash rate unchanged at 1 per cent, while investors were expecting a 25-basis-point cut to 0.75 per cent. The NZ 10-year yield jumped 16 points. Even the worsening inflation outlook didn’t bring the RBNZ to act at today’s meeting. The RBNZ was the first among the G10 central banks to lower its rates this year faced with the slowing global growth. It may now be the first to pause the monetary easing despite the prospect of a ‘subdued’ economic growth for the rest of the year.” Ipek Ozkardeskaya, senior market analyst, London Capital Group

Michael Sabia is stepping down from his post as chief executive officer of Canadian pension fund giant Caisse de dépôt et placement du Québec after a decade at the helm, leaving an institution once marred by crisis on stable footing but with several looming challenges. The former BCE Inc. chief is leaving in February to lead the University of Toronto’s Munk School of Global Affairs and Public Policy. Nicolas Van Praet and Sean Silcoff report.

A U.S. investment firm that has been quietly amassing a trove of Canadian fibre and data-centre assets has acquired Toronto-based Beanfield Technologies Inc., a privately owned fibre-optic internet provider, with an investment of more than $130-million. Christine Dobby reports.

If you’ve got $4,000, personal finance writer Rob Carrick says, this might be the best guaranteed return you’ll get anywhere.