The Bank of Canada is keeping a wary eye on the housing and mortgage markets, though it has seen nothing bubbly of late.

Still, the central bank said this week that, after all the government measures aimed at cooling housing and credit markets, home resales are finally almost at the level of demand again.

“The housing sector is clearly on the rebound, having digested the various housing policy changes put into place during 2016-18, and is still being fuelled by relatively high rates of immigration,” Governor Stephen Poloz said as he, senior deputy governor Carolyn Wilkins and their colleagues left the central bank’s key interest rate unchanged at the level it’s been for the past year.

They also released a monetary policy report that showed “housing resales have been catching up to underlying demand,” with the “estimated fundamental level” pegged by full-time employment, housing affordability and migration.” 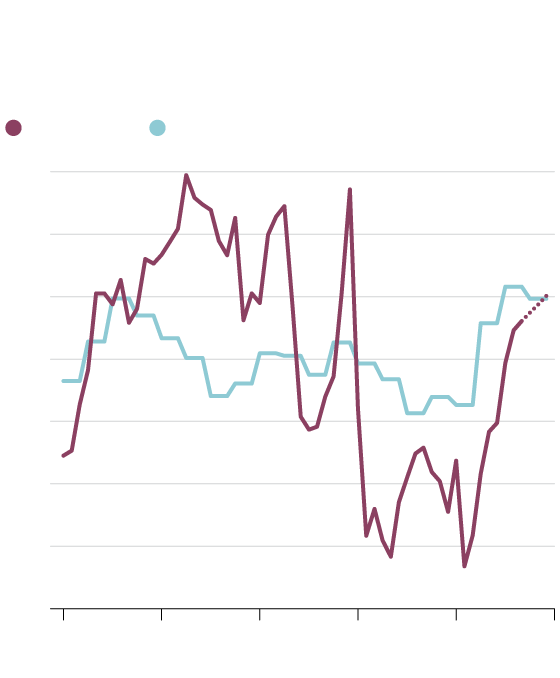 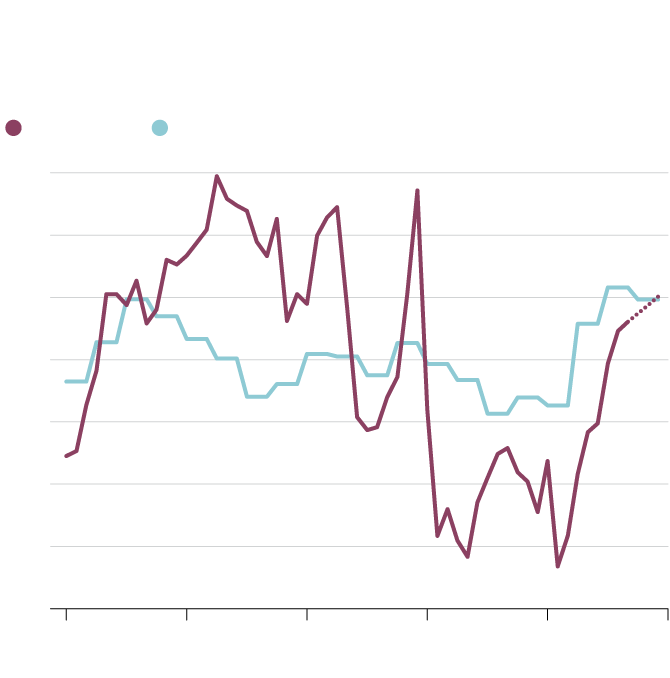 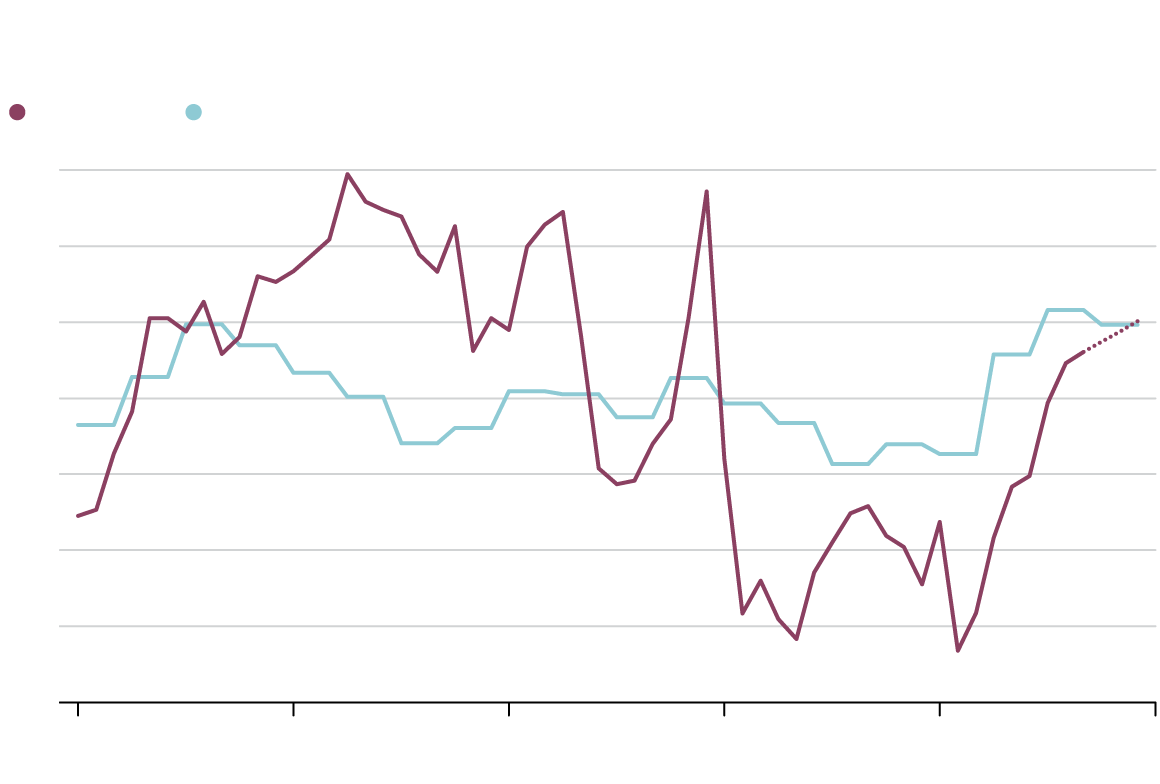 Canada, of course, has seen several moves designed to cool down housing markets, including tax and other measures from the B.C. and Ontario governments and mortgage stress tests set by the federal bank regulator in early 2018.

“We have not seen evidence of froth in major housing markets for some time now,” Mr. Poloz told reporters Wednesday after the rate decision and release of the report.

“However, the recent strength in many housing markets across the country is a reminder that we will be carrying high levels of debt for a long time, despite a constructive evolution of vulnerabilities.”

Mortgage rates have eased, as has the key measure of household debt to disposable income, though the latter remains elevated and only time will tell its path.

Still, the Bank of Canada noted a “significant decline” in new mortgages that top 450 per cent of disposable income.

The central bank said consumers renewing their mortgages next year and in 2021 would not be confronted with “materially higher rates,” the report using five-year fixed rates as an example.

“These households would face rate increases of only about 10 and 25 basis points, respectively,” the Bank of Canada said.

“Of course, other renewal options are also possible, with some shorter-term fixed rates potentially leading to rate decreases. Over all, mortgage debt-service ratios at renewal are likely to continue to decline on average.”

As The Globe and Mail’s David Parkinson reports, debt was a consideration in whether to trim rates in Wednesday’s decision. While the global economic climate is uncertain, and other central banks are cutting, the Bank of Canada chose to go its own way by not taking out “insurance” with a rate cut at this time.

“We discussed whether such insurance may come at a cost, in the form of higher financial vulnerabilities and possible consequences for the economy and inflation in the future,” Mr. Poloz told reporters.

“We agreed that the new mortgage rules in place limit this cost, but the situation will require continuous monitoring.”

Some economists believe the Bank of Canada will still trim its key rate, now at 1.75 per cent, down the road.

In terms of what to expect, the central bank believes housing markets will continue to rebound from their lows.

“Housing activity is anticipated to continue to recover toward a level consistent with solid income, low borrowing costs and a growing population,” the monetary policy report said.

“This recovery should result in strong growth of residential investment of about 5 per cent in 2020,” it added.

“Subsequently, housing activity is expected to slow to a pace roughly in line with underlying housing demand. In 2021, residential investment is expected to expand by about 1 per cent.”

Here’s what Fitbit Inc. chief executive and co-founder James Park said as the company agreed today to be acquired by Google LLC: “More than 12 years ago, we set an audacious company vision – to make everyone in the world healthier.”

For the folks at Fitbit, richer, too.

Google has struck a deal to buy Fitbit for US$7.35 a share in cash, valuing the company at about US$2.1-billion.

“We have built a trusted brand that supports more than 28 million active users around the globe who rely on our products to live a healthier, more active life,” Mr. Park said.

“With Google’s resources and global platform, Fitbit will be able to accelerate innovation in the wearables category, scale faster, and make health even more accessible to everyone,” he added in a statement.

The U.S. labour market topped expectations, creating 128,000 jobs in October, according to the latest reading today.

The jobless rate inched up to 3.6 per cent.

Not only that, U.S. statisticians revised up the numbers for August and September to the tune of 95,000.

“The three- and 12-month trends are now both over 170,000, which is pretty decent for the 11th year of an expansion,” said Bank of Montreal senior economist Sal Guatieri.

From The Canadian Press: Bank of Montreal said it plans to appoint BCE Inc. chief executive George Cope as chair of the board next year, after his retirement from the telecommunications company in January. BMO said it intends to appoint the long-time telecom industry executive upon his re-election as an independent director at BMO’s annual meeting in March 2020. BMO chair Robert Prichard will retire from the board after 20 years as an independent director and as chair since 2012.

From Reuters: Canadian oil and gas producer Pengrowth Energy Corp said it agreed to be acquired by privately held oil company Cona Resources in a deal valued at $740-million. Cona Resources, which is a portfolio company of Waterous Energy Fund, will pay 5 cents a share and a potential contingent value payment for each Pengrowth share.

From Reuters: China’s factory activity unexpectedly expanded at the fastest pace in well over two years in October as new export orders rose and plants ramped up production, a private business survey showed. The Caixin/Markit Manufacturing purchasing managers index for October rose to 51.7 from 51.4 in September, marking the third straight month of expansion. The 50-mark separates expansion from contraction on a monthly basis.

From Reuters: Mazda Motor Corp. cut its annual profit forecast by nearly half as the Japanese automaker expects a strong yen and falling cars sales in the United States and China, its biggest markets, to drive earnings to a seven-year low. Japan’s fifth-largest auto maker expects to post ¥60-billion in operating profit for the year ending March, down from a prior outlook of ¥110-billion.

From Reuters: Royal Bank of Scotland’s new CEO Alison Rose told staff on her first day in the role that she plans to simplify the lender, suggesting further restructuring of the group may be imminent. Ms. Rose, an RBS veteran, is the first woman to lead one of Britain’s big four banks. In a memo to staff on Friday, she laid out plans to build a more “purposeful bank” that rebuilt trust with customers as well as making money for shareholders.

From Reuters: South Korean exports in October fell for an 11th consecutive month and by the most in nearly four years as shipments to China kept slowing and computer chip prices plunged, data showed. But the government said the worst may be over. Trade, Industry and Energy Minister Sung Yun-mo said in a statement the rate of decline would begin narrowing due to solid demand in volume terms and as semiconductor prices fall less sharply.

From Reuters: China’s Foreign Ministry said China and the United States have maintained close contact on bilateral trade issues. President Donald Trump said Thursday the two countries would soon announce a new location at which he and Xi Jinping would sign a “Phase One” trade deal. But speaking at a daily news briefing in Beijing, ministry spokesman Geng Shuang dismissed as speculation talk the two leaders will meet in Macau.

From Reuters: Chevron Corp. reported a 36-per-cent drop in third-quarter profit, hit by lower oil and gas prices and refining margins, and warned higher costs would affect results in its current quarter. Chevron’s profit fell to US$2.58-billion, or US$1.36 a share, in the quarter, from US$4.05-billion or US$2.11 a year earlier. Excluding one-time charges and foreign currency gains, the company said it earned US$1.55 a share.

“The economic reports that were released yesterday painted a downbeat state of the global economy ... Headline inflation in the euro zone dipped to 0.7 per cent from 0.8 per cent, plus the unemployment rate ticked higher, so you can see why the [European Central Bank] are re-starting the quantitative easing scheme this month. In the U.S., the Chicago [purchasing managers index] reading dropped to 43.2 - it’s lowest in over three years. The data point to pockets of weakness around the world.” David Madden, analyst, CMC Markets

“The pound is on the rise today, as it continues to highlight market optimism in response to the scheduling of the election in December. A surprise jump in the manufacturing [purchasing managers index] provided the best reading in six-months, as the sector shifted back towards expansion territory. However, markets should be wary of these gains, as it is likely to be a reflection of the stockpiling that occurs ahead of each Brexit deadline. With the extension being granted, the stockpiling boost evident this month is likely come to the detriment of the November survey.” Joshua Mahony, senior market analyst, IG

“Gold rallied past US$1,510 an ounce, hinting at a rising distress at the current equity prices. In fact, the S&P 500 has become completely detached from underlying companies’ profits on the back of exponentially rising equity prices. The last time a similar divergence happened, it was the 2000s dot-com bubble. It is certain that lower interest rates help boosting company results and their share prices, but it is unsure how swollen the prices have become as a result of an exaggeratedly dovish monetary stance in the U.S. Back to gold, a correction selloff in equities could profit to the yellow metal, especially if the U.S. treasury yields continue falling.” Ipek Ozkardeskaya, senior market analyst, London Capital Group

Encana Corp.'s decision to shift its head office to the United States and change its name to the less-elegant Ovintiv is a sobering development for already-anxious Albertans. The question now is whether the loss of a key name in the country’s oil and gas sector creates any sense of loss, or urgency, in Toronto and Ottawa. Kelly Cryderman examines the issue.

Waterfront Toronto will move forward with a proposal for Sidewalk Labs to build a high-tech community on the city’s waterfront, and will now begin five months of consultations and negotiations about its privacy implications, innovations and business model. Josh O’Kane reports.

Catalyst says it can block buyout

Private equity fund Catalyst Capital Group Inc. claims to have gathered enough votes to block the planned $1.1-billion buyout of Hudson’s Bay Co. and is pushing HBC’s board of directors to put the retailer up for sale, Andrew Willis writes.