From her earliest days, Samyukta Rajkumar had dreams of helping people.

So she qualified as a nurse and practised for three years in the Toronto and Mississauga regions at various hospitals, working mainly in the intensive care unit, along with some stints in the emergency room.

But during her tenure she started to become interested in other areas, such as quality improvement and clinical research, both of which she found more enjoyable than nursing.

“So I transitioned my nursing role,” she says and began to work in those areas at Toronto’s Hospital for Sick Children and at a company called Think Research Corp. One project that resonated strongly with her looked at the effects of sleep disturbance in family caregivers to children who depend on medical technology. This gave her exposure to regulatory affairs, and proved to be a tipping point in her career.

“I realized that I … really liked being so close to biomedical inventions and these creative approaches to solving long-standing problems in the health-care industry,” she says. To take the next step, Ms. Rajkumar decided she needed to go back to school. After looking around at various institutions in the Toronto area, she came across the Master of Science in regulatory affairs for drugs, biologics, and medical devices program at Northeastern University Toronto, a campus of the Boston institution.

She started the program when she was 24, and, through accelerated studies, graduated in 18 months. Most importantly, she began a co-operative program in her last semester at school, working at Toronto-based medical devices company Synaptive Medical, a position that ultimately led to a full-time job once she graduated in December, 2017.

Ms. Rajkumar left that position at the start of this year to take up a position at Toronto’s Exact Imaging, where she has a regulatory/quality control role to help the company develop and commercialize high-resolution, shorter wavelength ultrasound systems to help urologists detect and target suspicious regions during prostate biopsies.

She recently had the opportunity to see just how her work continues to help people, visiting a Toronto hospital and watching as a physician and nurse worked together with Exact Imaging’s Ultrasound System.

While Ms. Rajkumar’s career pivot came by choice, increasingly, others may be forced to turn on a dime and move in a new direction.

Eileen Chadnick, a career coach who founded Big Cheese Coaching in Toronto in 2003, says that because of the innovation economy and disruptive forces, people are needing to find their way to new career paths as older paths disappear.

But it is essential to be flexible, she adds, because careers wind their way down long roads, with different stops and identities.

And that shift in identity brings with it its own set of problems.

Quite often, she adds, people create resistance for themselves because they are stuck in the old identity of their previous job title.

“That is not your identity,” she says. “That is something you have done, but your identity is a whole host of transferable skills, experiences, proven accomplishments and what you can do. That’s your identity.”

Ms. Chadnick also tells clients to be career ready at any point, always keeping an eye out for new opportunities. She advises people to keep networking, building up a supportive network even in advance of taking the plunge to a new position.

After all, these job changes might not just be one-time thing.

“We’ll be pivoting over and over, it’s never just going to be a one-pivot career these days,” she says. People who want to be successful "will be very good at dealing with crossroads.”

Bruce Sandy, principal of Vancouver-based Pathfinder Coaching and Consulting, says that a mid-career pivot can be a rewarding experience. He has worked with civil servants who ended up becoming painters, and points to someone such as John Grisham, who trained as a lawyer before morphing into a bestselling author.

He tells clients to take the time to explore what it is that they are truly passionate about. Then look at who has previously taken that route and reach out to them to find out what worked for them and what they learned through the process.

Beyond that, he suggests taking a look at what is available in the market and what kind of positions are being advertised in that particular sector, as well as doing some informational interviews to find out what companies are looking for.

And finally, he tells clients to be patient. Too often he comes across people who want to leap into something quickly after the end of a job for fear of being unemployed. But this may mean they find themselves back in a situation that requires changing jobs again.

For those who can stay the course, though, and hold on for exactly what it is they are looking for, taking the plunge and undergoing a mid-career switch is well worth it, he says.

“When they actually tap into something that they truly love then their career, their work, is far more satisfying and fulfilling than what they were doing previously.” 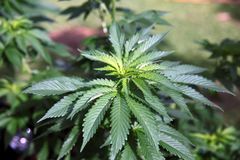 I want to be a sports reporter ... what will my salary be?
Subscriber content
June 7, 2019 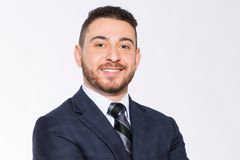 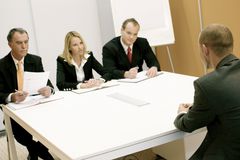