“Inclusion” is making its mark in workplace vernacular, giving those with disabilities and disorders a fair shot at gaining employment. With that being said, there are some disorders that are visually difficult to notice. Stuttering certainly applies when speaking isn’t involved.

According to the Canadian Association of Speech-Language Pathologists and Audiologists, an estimated 1 per cent of Canadians and 4 per cent of preschoolers stutter. Perhaps unluckily for me, men are also four times more likely to stutter than women.

Meanwhile, a 2004 study of stutterers showed that 70 per cent agreed that their speech impediment decreased their chances of being hired or promoted. One fifth had even turned down a job or promotion because of their stuttering. In fact, another 2013 study showed that the overwhelming experience of those who stutter was “self-stigma,” where a fear of negative evaluation had caused stutterers to self-sabotage in the workplace.

I’m a person who stutters, or PWS for short. In fact, I’ve found that lack of eye contact when speaking actually causes my stuttering to be more evident. At one job, when my employers would ask how I was coming along on a project, they would do so while looking at a computer screen or rummaging through their desk. This in turn caused me to stutter more, leading them to rudely cut me off, even accuse me of being dishonest.

For those of us who stutter, stories like this at work are common. Daniele Rossi, a Toronto-based podcaster and author, tried hiding his stuttering for years.

“I feared talking to people of authority, having to make phone calls, and being overheard by colleagues while I was on a phone call,” he said. “I hoped that hiding my stuttering would make things better, but in reality, it didn’t.”

Mr. Rossi, who now hosts a successful podcast about stuttering, eventually came to face his fears.

“I remember early in my career, I found myself trying to talk my manager out of having me phone a vendor and letting me e-mail them instead,” Mr. Rossi says. “But she needed me to make a call. Fortunately, I quickly realized how limiting this fear of stuttering on the phone would be for my career so I made that call, the sky didn’t fall on my head, and I never avoided the phone again.”

It was much the same for Dr. Gerald Maguire, who also struggled with his stuttering while interviewing for his psychiatry residency 30 years ago.

“There were categories like knowledge base, research potential, things like this, and [the interviewer] circled all 1’s on a rating of 1 to 5 down the line and wrote on the comments, ‘stutters’, like I can’t accomplish anything and my knowledge base must be poor, ” he recalls.

Dr, Maguire now runs the Kirkup Center for the Medical Treatment of Stuttering in Irvine, Calif., the only centre in the world exclusively devoted to the medical treatment of stuttering. A PWS himself, he is also the chair of psychiatry and neuroscience and a professor at the UC Riverside School of Medicine.

“I thought why not take something that’s been a challenge for me and understand and develop it,” Dr. Maguire says. “I saw advanced brain-imaging studies, genetic studies and pharmacologic treatments for conditions of less-prominent stuttering and I thought, ‘Why can’t we get this for stuttering?'".

He adds that he is hopeful that an American FDA-approved medical treatment for stuttering will be available soon. This includes ecopipam, an orally-administered investigational medication, which was tested by Maguire’s team on adults who stutter.

"Ecopipam was well tolerated by the study participants," Dr. Maguire told ScienceDaily in 2019. "They showed no serious adverse effects, no patient stopped treatment due to adverse events, and there were no signals of weight gain or abnormal movement disorders, events that may accompany other medications used to treat stuttering."

To their credit, workplaces across Canada have been working to accommodate stuttering and other impediments. Woodbridge-Ont.-based Kisko Products has made efforts to accommodate people who stutter.

“We do not turn away stutterers. We actually will try to help them, ” said Randy Josephs, Kisko’s VP of operations. “While we do not formally document our plan, we work with them in trying to have them speak slower, in less-pressure situations until they are comfortable. If they are willing to come out of their comfort zone, we will train them how to do basic training and presentation and have them work with small groups to build their confidence.”

Another example is the Canadian Broadcasting Corporation (CBC), where an organized group of employees with physical and mental disabilities formed Abilicrew in 2016. Group co-chair Jason Boychuk says communicating with stutterers has helped his communication overall.

“Having an attitude of patience and perseverance when communicating with colleagues who stutter improves my listening skills,” he says.

Out of reticence due to social anxiety, it took a long time for me to reach out to the stuttering community. Mr. Rossi and Dr. Maguire, though, have both served as examples of why reluctance is unnecessary.

As an adult, it wasn’t until I found an alternative method to conduct phone interviews as a sportswriter that I was no longer ashamed to be a stutterer. Enough times, I had said to myself, “Too bad I stutter,” and moved on. But, there was something unsettling about making excuses and, worse, not making an effort to get better.

After remembering that I rarely stutter while listening to music with headphones, I recorded my questions onto a recording device on my laptop and played the questions, but not without giving my subjects fair warning. Some may have been taken aback but not once did I receive criticism for using this method.

Being a PWS in the workforce may come with its challenges, but as the adage goes, where there’s a will, there’s a way. 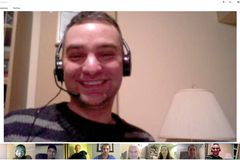 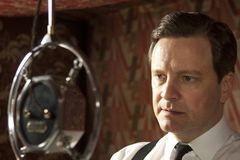 Research may lead to new therapies for stuttering
November 21, 2010
Follow us on Twitter @globe_careers Opens in a new window
Report an error Editorial code of conduct
Due to technical reasons, we have temporarily removed commenting from our articles. We hope to have this fixed soon. Thank you for your patience. If you are looking to give feedback on our new site, please send it along to feedback@globeandmail.com. If you want to write a letter to the editor, please forward to letters@globeandmail.com.
Comments