Today’s hottest new social media platform won’t let you show off your dance moves or what you ate for brunch, but it could help you expand your professional network.

Clubhouse – the invite-only, iPhone-only, audio-only social media platform that has exploded in popularity in recent months – invites users to pop in and out of live discussions on a range of predetermined subjects. They can hear directly from industry leaders, raise their (virtual) hand to ask questions or join smaller, more intimate networking and mentoring groups with like-minded professionals.

Daily events are announced and recommended based on the user’s interests – including the speaker, subject and start time – but don’t require any form of sign-up or registration. Users can listen in and even “raise their hand” by tapping a button to ask a question or speak directly to the presenters “on stage.”

“I have seen people make incredible connections on this platform,” says career coach, author and public speaker Laura Gassner Otting, who has been using Clubhouse to connect with people to interview for her next book.

What Ms. Gassner Otting appreciates most about the app is that there are no likes, shares, follows or reposts – just one person speaking at a time. As a result, people are more likely to be judged on the merit of their ideas, rather than the size of their following.

In that way, Ms. Gassner Otting believes Clubhouse provides a level of equity that is often lacking on other platforms and in real-world networking events. “There are more women, more people of colour, more gay people, more people that don’t look like me, think like me, act like me, love like me, who are on this platform holding the microphone than any other conference that I’ve ever spoken at,” she says.

While Clubhouse does not currently offer a chat function, it does integrate with other social media platforms that do, allowing users to easily move conversations and professional relationships that began on the app into other venues.

“I like to think of it as a funnel, and Clubhouse is the first step because it really democratizes access to so many different people that you can communicate with,” explains Vasiliki Belegrinis, a senior investment associate at Toronto-based startup investing company Clearbanc. “If both people find value in the conversation, you can take it to the next level and go into Instagram or Twitter DMs [direct messages] and create a more formal relationship there.”

Clubhouse is currently limited to iPhone users, but is reportedly developing an Android version. Twitter has also announced that it is developing a rival concept with similar features for its platform. For the meantime, however, Clubhouse lives up to its name and only affords each new user five invitations.

Ms. Belegrinis, who has been on the platform since receiving an invitation from a friend in November, says she has since interacted with people that would otherwise be difficult to connect with.

“I’ve been able to find a huge chunk of clients and fund hundreds of thousands of dollars, just through Clubhouse,” she says. “On the other side of it, Clubhouse can very easily consume people’s lives; you can just have it on 24-7.”

Ms. Belegrinis explains that the always-on nature of the application allows for passive listening to an endless stream of conversations, and like many successful social media apps, it’s designed to be addictive.

“It’s a really, really, really big time-suck,” warns Corey Herscu, the director of media relations for Toronto-based marketing agency VerbFactory. When Mr. Herscu first signed up in November, he says he had more than enough time to spend on the app and effectively used it to expand his professional network.

“At the beginning my family was out of town, I was only working part-time, so I was on all day,” he says. “I wouldn’t say I’m on a break from it now; I just don’t have the time.”

Mr. Herscu adds that the app has effectively filled the void left by the cancellation of traditional networking events and conferences through the pandemic. “I have no need to go to a conference any more because of Clubhouse because I can look at the calendar of upcoming events each day, and if something looks interesting, I’ll block it off in my calendar, and I’ll hop in,” he says.

At the same time, Mr. Herscu doesn’t think the app will replace face-to-face interactions once the pandemic is over. He also warns new users that Clubhouse lacks verification features and that the information offered in users’ bios aren’t always reliable.

Though it can be time-consuming, Mr. Herscu believes it’s worth the effort for those who are eager to expand their professional network, especially during a period in which face-to-face interactions are off limits.

“The experience is totally subjective, and like anything else, it really is what you make of it,” he says. “For me, it’s just one more asset on my phone that I can use to network.”

Why your efforts to manage your boss are failing
Subscriber content
January 28, 2021
Canadians change careers, return to school as COVID-19 rages on
January 25, 2021 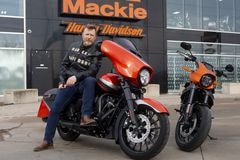 Opinion
Why I’m letting it all hang out on LinkedIn
Subscriber content
January 25, 2021 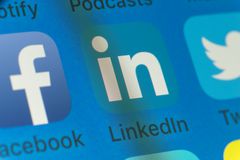