In the fourth-year transportation design class at Toronto’s Humber College, the students are hunched over their desks, working quietly with pens in hand. Their assignment today is to create an SUV for 2030. Nobody here is idly chatting. None of the students are scrolling Instagram. They are all deep into the work of creating the future.

If lucky and talented, one of them may go on to create something as revolutionary as the Model T or spark whatever automotive trend comes after the SUV. Maybe it will be a kind of modular van, or shared hover-scooter, or a hydrogen-powered flying widget we don’t yet have a name for.

“The students may have the answer and they may have already drawn it,” says Bruce Thomson, professor of industrial design at Humber.

There is no great history of automotive design in Canada, not like there is in Detroit or Munich or Modena. The students and faculty at Humber hope to change that.

“The reason we started this program was to give Canadian students an opportunity to study automotive design, in Canada,” says Ken Cummings, professor of transportation design. Studying abroad at one of the handful of foreign automotive design schools is prohibitively expensive. "We’re trying to make it a little more accessible.”

As the auto industry begins to look beyond its century-long focus on the personal automobile, so too must designers. “We speak with [automotive] industry people a lot,” Prof. Cummings says. “Six or seven years ago, we realized this shift is coming pretty fast and we need to look at other ways of getting around, not just vehicles.”

"There will be a proliferation of new transportation devices that we haven’t really explored yet.”

The clay’s the thing

Some recent student projects demonstrate imaginations that stretch far beyond the automobile. In one glass cabinet is an electric bicycle/motorcycle hybrid that looks good enough to ride right now. The student-made model is intricately detailed right down to the cables running from the handlebars. Elsewhere is a rugged rescue-vehicle and a weather-proof motorized trike.

The school’s clay-modelling studio smells like creativity: a little bit musky with a hint of Play-Doh. Inside is a cornucopia of weird mobility. On the tables are roughly a dozen alien-looking little models. The project brief was to create a personal recreational-vehicle concept for BRP Inc., the Quebec-based manufacturer of the Ski-Doo, Sea-Doo and Can-Am Spyder.

The winning design, by fourth-year student Avery Lukan, is a three-wheeled electric pod meant to be ridden like a luge sled. His model is made of Hard Styling modelling clay. Students first soften the clay by heating it, which allows them to create a rough shape. When it cools, it hardens and can be carved with an array of hand tools.

If they pursue a career in automotive design, the students in this class will indeed be shaping the vehicles of 2030 and beyond. What kinds of things do they imagine we’ll be driving then?

“There are going to be a lot less people interested in cars, but I don’t believe cars as a passion will die out completely,” says one student, Riley Long-Alexander. “There’s going to be a niche market always for sports cars and fun vehicles – that’s my hope anyway. The general market is going to go more utilitarian, more public transport, more individual mobility.”

“I think all types of cars will be merged together,” says Yuanxiang Wu. “Hatchbacks, sedans, SUVs: No, there will be just one type. Everything will meet in the middle.”

Several students say they expect a rise in popularity of recreational vehicles, as well as shared, Uber-style taxi services. They see electric and autonomous vehicles as a near certainty, but are uncertain about how soon these technologies will arrive and how ubiquitous they will become.

Since the first graduating class in 2007, students of Humber’s transportation design program have gone on to work all over the world: Volvo in Sweden, General Motors in Michigan, Nissan’s studio in California, Porsche in Germany, Ducati and Ferrari in Italy, Kiska (the design firm behind KTM and Husqvarna motorcycles) in Austria, BRP in Quebec and Magna International in Ontario – to name a few of the biggest players in transportation design.

The page is blank for these young designers and the race is on to invent cleaner, faster and more profitable ways to move people around. Who knows? Maybe the next Henry Ford is sitting right under our noses, sketching something revolutionary that will somehow make rush hour less painful. 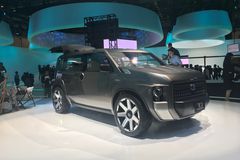 Car design's most outspoken insider says industry must rethink everything
May 15, 2018 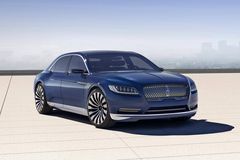 The creative process behind the most beautiful and ugliest cars
June 5, 2017
Follow us on Twitter @globe_careers Opens in a new window
Report an error Editorial code of conduct
Due to technical reasons, we have temporarily removed commenting from our articles. We hope to have this fixed soon. Thank you for your patience. If you are looking to give feedback on our new site, please send it along to feedback@globeandmail.com. If you want to write a letter to the editor, please forward to letters@globeandmail.com.
Comments