When Toronto therapist and relationship expert Natasha Sharma was still at university and completing a paid internship in the corporate world, she dated a fellow intern while they both worked at the same company. That puts her among the one-third of working Canadians who report they’re currently or have been romantically involved with a co-worker, according to a new study on workplace relationships, commissioned by employment services provider ADP Canada.

Since work is where people spend most of their waking hours and colleagues are likely to have much in common, it makes sense that people form connections there, Ms. Sharma explains. The study shows the 18-to-34 age group has the highest percentage (41 per cent) for dating a co-worker.

“You can meet people online, but at some point it has to translate into real life,” Ms. Sharma says. “The older mentality was to generally frown upon workplace relationships without any logical reasons. There was more support for separating work from life outside the workplace whereas now, we see it as more blended.”

So why the secrecy? Ms. Sharma suggests people fear it would be frowned upon or forbidden. Certain industries have a policy expressly limiting relationships, such as if you’re in a life-saving profession where it might compromise your attention. But even when there’s no policy, employees tend to assume management wouldn’t like it and that it could hurt their chances or reputation in the company, often without concrete reasons.

“The survey results are a really big call-out to companies to make their stance on work relationships known,” Ms. Sharma says. “Staff shouldn’t feel in the dark, ambiguous or clueless about what the policy is. While it’s not a company’s business to monitor relationships, it is responsible for providing guidelines, support and protocol for the people who work for them.”

Heather Haslam, vice-president of marketing for ADP Canada, believes organizations need to be open and transparent by first having policies in place that address workplace relationships, then actually communicating them to employees and providing the necessary support and resources.

“Policies aren’t put into place to control employees but to support them,” Ms. Haslam says. “The importance of having a policy is for clarity around expectations. Discussion should be ongoing, not just part of the onboarding process. When policies are documented, shared, understood and talked about, it helps us understand the behaviour of what’s appropriate with our co-workers. The intention is to protect all employees and make the work environment a better place.”

Given that the survey found 19 per cent of those who had been in a workplace relationship felt pressured to be part of a romantic relationship – for example, to advance their career or keep in good standing with a senior member – clear codes of conduct are needed, along with a pathway for support.

“Any number is too high,” Ms. Haslam says. “If something is happening that’s wrong or inappropriate, people need to be aware the organization doesn’t support that and where to go to raise those issues – plus know they‘ll get support without retaliation. We’ve got to empower everybody at all levels to feel equipped to raise an issue.”

Ms. Sharma agrees there shouldn’t be any ambiguity about people’s human rights and their ability to protect themselves, particularly because how employees can initiate support or file a complaint is often the missing piece in organizations. But she says another area that needs clarity is around what is allowed. That’s critical considering the study shows a large majority (83 per cent) of Canadians are open to workplace romance.

“Employees should know what’s permissible from Day 1,” Ms. Sharma says. “If two people choose to get into a relationship and it doesn’t pose a conflict of interest, there should be an openness to that and guidelines of how they can do so safely and professionally. We have this tendency to assume it’s going to cause all kinds of problems and undermine employee performance and that’s not fair. It might, but we still carry the idea it will.”

There was no secrecy around her own workplace romance, which lasted well beyond the internship.

“Everybody knew,” she says. “It was accepted in that company’s culture. We were young, nobody was being hurt and we worked in different departments. I also worked for another company where people dated at the management level and no one minded as long as they acted professionally. People should know their fear that management will frown upon it isn’t always true.” 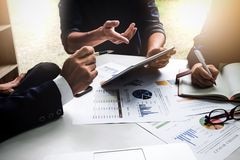 How psychologically safe is your workplace?
July 9, 2019 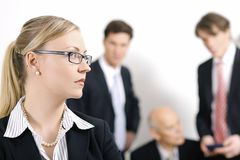 I’m covering a maternity leave, but I’m being paid less - is there a remedy?
Subscriber content
July 11, 2019 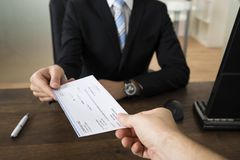