Employees will not need a key to get into the office of the future when it opens in Berlin this year, featuring ample meeting space, plenty of copy machines always stocked with paper along with high-quality air processed to maximize worker health and minimize sick time.

Their smartphones will help guide them around their new workplace — and they may need the assistance because they will not have permanent desks.

With technology changing how and where we work, property developers are tapping artificial intelligence to create more sustainable workplaces to help staff work more efficiently and comfortably.

Fierce competition for talent is turbo-charging the trend in Berlin. While the city used to be a bit of a business backwater, in recent years it gained a reputation as a start-up hub. Office vacancy rates have tumbled to just 1.5 percent as rents are rocketing, making it an ideal place for developers to showcase these new offices.

Property owners in Berlin are taking a cue from the Netherlands, home to several intelligent and sustainable office projects.

Rapid growth of local start-ups such as Zalando and Delivery Hero is driving demand for office space in the German capital. Two new smart offices are under construction in the former no-man’s land of the Berlin Wall, next to the city’s main train station.

The Cube, being built by Austrian real estate company CA Immo, will be completed by the end of this year, and The Edge Grand Central by EDGE Technologies, a subsidiary of Dutch firm OVG Real Estate, is planned for 2020.

“The office building is the new company car. In my world, people do not want a car as a perk anymore. They look around and say, ‘This would be a nice place to work,’” said Martin Rodeck, executive managing director at EDGE Technologies Germany.

Both offices are packed with a network of sensors that measure everything from motion, temperature and lighting to humidity and C02 and are connected to a cloud platform.

In The Cube, the technology is dubbed “the brain”, a self-learning software that analyses all the data it receives and optimizes how the building is run.

For example, if part of a building is unoccupied, it can turn off the lights and heating systems. If a meeting room is crowded it can pump in more oxygen.

Users access the building via a smartphone app that knows their schedules and may suggest sitting by a window or on a floor where a meeting is scheduled. The app can be used to book meeting rooms, order food and navigate the building.

Workers will need the navigational aid to find their desk. The offices feature a “hot desking” system in which employees do not have a permanent desk, but rather the appropriate workspace for the type of work they want to do. Lockers will be available to store belongings.

Smart offices can also minimize daily frustrations such as the printer running out of paper or being unable to locate a colleague, Rodeck said.

The printers work along the predictive maintenance model. In the same way that a car warns it is running out of fuel, printers send alerts to the building’s management system when a machine needs paper, so someone can fill it up.

But to take advantage of these benefits, users need to actively opt-in to be tracked, visible to their colleagues, and their boss, while in the building. In doing so, they override the default setting to be ‘hidden’.

Before online fashion retailer Zalando designed new headquarters, the company asked staff to share opinions on existing workspace. Employees complained about too few meeting rooms and the challenge of concentrating due to noise.

In its new headquarters, due to open in early 2019, workers can choose from a library for quiet work, telephone booths for private conversations as well as living rooms located on the open catwalks to encourage interaction.

“The important part is that we provide a work environment for everyone,” said Zalando’s vice president for real estate Raimund Paetzmann.

Zalando plans to install smart technology to make it easy to reserve a desk from home and take away the stress of arriving at the office and not knowing where to sit.

While shifting to hot-desking can control costs, a survey by CCL consulting and property agents Savills found half of those aged under 34 and 60 percent of those over 35 did not want to give up their fixed desk.

“We all need our home, a haven and part of the office that belongs to us,” said Franz Kuehmayer, a trend researcher at think-tank Zukunftsinstitut.

“Many employees question how they will organize their daily work life and where they can put pictures of their children.” 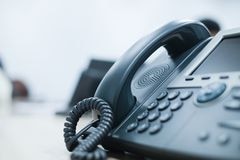 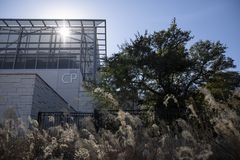 Do people in your company challenge the status quo?
Subscriber content
December 1, 2018