Valerie Gelinas’s two children had significantly different remote learning experiences when classes moved online this past March. While one child’s teacher demonstrated a high degree of comfort with remote learning tools, the other, according to Ms. Gelinas, was hardly heard from.

“She would post work on Monday morning and that was it,” she says. “There was no engagement with the kids, no interaction, there were no phone calls, so it was really on us to download and print out the worksheet and get that stuff done with our child.”

Ms. Gelinas explains that it was difficult for her and her husband, Jared MacSween, to balance their new teaching responsibilities with their full-time jobs. Now, after sending their 11- and eight year-olds back to school this week, she fears what would happen in the event of another shutdown.

Working parents have been eagerly anticipating the day their kids are able to return to school, but cautionary tales of a second wave after the reopening of schools in places such as Israel, Spain and the state of Georgia – as well as a recent spike in case numbers here at home – are tampering expectations for in-person classes this year.

“I think about it all the time. How many days will we go before the house of cards comes tumbling down?” Ms. Gelinas said, “That’s what’s so difficult; you can’t plan. Optimistically, things might go well for a while, but it could also just last for a week.”

Between health-and-safety practices that are impossible to maintain in a classroom setting; discrepancies in communication between teachers, institutions, public-health authorities and governments; and no idea what kind of online learning experience her children would receive in the event of another closing, Ms. Gelinas says it’s hard for working parents like her and her husband to feel confident that the days of juggling work and home-schooling are behind them.

While she feels her children’s public school in downtown Toronto has done as best it can to prepare for the year ahead, Ms. Gelinas is concerned by potential problems she sees with sickbay capacity, congestion during drop-off and pickup and students from different classroom bubbles unable to avoid close quarters in hallways and washrooms.

“The other thing is, say your kid gets a runny nose, what do they want us to do?” she says. “Is everyone going to get tested every week because of a runny nose?”

Dana Gold and her husband recently found out. After their two-year-old daughter Maya was sent home from daycare with a runny nose last week, both working parents had to remain at home with their child until they could produce a negative test.

“We aren’t sure at this point when we will send her back to daycare, given that kids her age are expected to have runny noses this time of year, and we don’t want her to be constantly tested,” Ms. Gold says. “It’s going to be a tough few months for parents with cold and flu season coming up, especially with the difficulty in distinguishing between these symptoms and symptoms of COVID.”

After recently spending every day of her maternity leave with her daughter, Ms. Gold says Maya has gotten used to being with her mother, making it more difficult to share parenting responsibilities evenly.

“She’s just used to being with me – she’ll always call for me and want to be with me – so when we had to adjust our [work] schedules I would be the one working after she went to bed, which was hard,” she says. “My husband has been very hands-on and very helpful with Maya, but I do find that a lot of the parenting and household duties end up falling on me naturally.”

While Ms. Gold’s employer has been understanding, she’s concerned that the dual role is having an adverse effect on her performance and, if it persists, could negatively impact her long-term career trajectory.

“If the cases continue to rise, we would consider keeping her home for a longer period of time,” she says. “I am worried about that, because I do want to have a career, I do want to keep working, but I’m not sure how this will affect my work.”

With so many unanswered questions and so much potential for sudden disruption, author and leadership strategist Dan Pontefract says he believes employers need to demonstrate a high degree of empathy for their staff, especially those with children.

“What you have is the ominous threat that what is described as a 'somewhat return to normal’ will be pulled from us, and we’ll be back in lockdown, as we’ve seen in places in Europe and Asia,” he says. “It’s incumbent on the senior leaders of any organization to be looking down the ladder and say, ‘How might we provide accommodations and support so that our working parents are able to handle a situation that is completely abnormal and there’s no playbook?’"

While many businesses are struggling to make up for losses that were incurred as a result of the pandemic, Mr. Pontefract cautions that they need to prioritize the health and well-being of their staff, especially those with children.

“We need a commitment to balance on behalf of the employers, almost mandating that their people not be 'on’ all the time,” he says. “And we need parents working from home to be able to say, 'I need to balance my time so that I’m not going to burn out, for the sake of my kids, let alone my job.’”

How to actually save time working remotely
Subscriber content
September 17, 2020 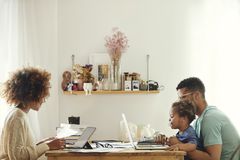 Can a fresh grad land her first marketing job during a pandemic?
Subscriber content
September 16, 2020 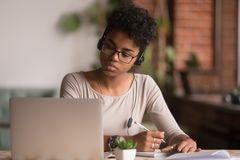