Recent alumni credit their graduate business programs with equipping them to tackle gender inequality in the workplace, according to a global survey, but men and women differ in their assessment of the severity of the problem.

Of 900 male and female MBA alumni from the United States, Canada and other countries who graduated between 2005 and 2017 and responded to an online survey, differences emerged by generation.

Of those who graduated in 2016-17, 62 per cent credited business school course material, class discussions and “men-as-allies” affinity groups with opening their eyes to gender discrimination, according to the U.S. Forté Foundation and researcher Michelle Wieser, interim dean of the School of Business at Minnesota’s St. Catherine University.

By contrast, only 40 per cent of survey participants who graduated between 2005 and 2015 felt the same way, according to the online survey.

“The work we are doing in the MBA space is really changing the mindsets of future business leaders,” says Elissa Sangster, chief executive of Forté, which works with business schools and top companies to advance future women leaders. “We hope that [gender equity knowledge] takes hold and that the men and women who have gone through the MBA are changing the culture.”

“For women, getting that degree, getting the skills and ability, all that contributed to them walking away from the MBA experience with confidence that you then could see play out in the workplace,” says Ms. Sangster. With only 1 per cent of men reporting they gained confidence from their MBA, she notes “they had very little room to grow in that area.”

While praising the expansion of gender-related content and practices, including the formation of men-as-allies clubs to enlist men as champions of gender equity, business schools have work still to do, say advocates. Case studies are a particular sore point.

“When we are delivering the curriculum, we now have 40 to 45 per cent women participation in some of these [MBA] programs … but the case studies only have 15 per cent women protagonists,” says Ms. Sangster. As a result, she adds, “you are not exposing this next generation of MBA students to women leaders, men leaders and diverse leaders.”

Last year, a study by Canadian researchers Colleen Sharen, of Brescia University College, and Wilfrid Laurier University’s Rosemary McGowan concluded that case studies “contain a ‘hidden curriculum’ that presents and reinforces implicit assumptions and stereotypes about women’s fitness to lead.” In their analysis of written cases, the researchers found “women protagonists were absent in more than 80 per cent of the cases,” and when present, were portrayed as less visionary and risk-averse, and more emotional and cautious, than men.

A similar plea for diversity in case studies comes from Jana Raver, an associate professor of organizational behaviour at the Smith School of Business at Queen’s University.

“It is something that, as a leadership professor, I would love to see more of,” she says. “It is hard to find women protagonists [in case studies].”

In her classes, she says she discusses unconscious bias, the ‘leaky pipeline’ that leaves MBA-educated women opting out of career advance opportunities, and the role of men as allies in fostering a diverse work culture.

Dr. Raver also invites business leaders, including women, to speak to students about workplace equality issues. “I think the MBA students this year were very surprised to hear that less than 5 per cent of chief executives in Canada are women,” she says. “There is a lot of nodding among the women [students] but it is a lot more new to men.”

Some argue that business schools alone will not solve gender equity and diversity issues in corporate Canada.

“It’s always good to see MBAs are trying to embed more awareness,” says Ikram Al Mouaswas, a partner at Deloitte Canada and named one of Canada’s top 100 most powerful women by Women’s Network Executive in 2015. The Forté survey, she adds, “was helpful but I didn’t find it shocking.”

She argues employers need to lead the way “on the education and practical application of what does it mean to be equitable.”

Deloitte, she says, provides regular training on unconscious bias and promotes inclusion practices by senior leaders. “Being an inclusive leader is just table stakes [the minimum requirements] for us,” she says.

The litmus test for gender equity, she argues, “is not only how many men and women [are hired] but what is the language you use every day and how you interact personally when you bring yourself to work and when you decide how to act on behalf of your team as a leader.”

“We need corporate partners in Canada to come alongside,” she says. “We are not going to make major changes unless we have the [corporate] institutions on board.” 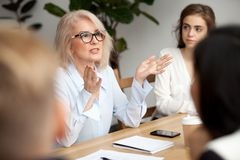 Men in leadership roles may be incompetent, but can we all detect it?
Subscriber content
May 11, 2019 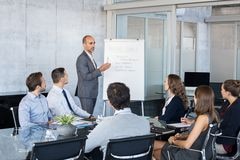 Your grand (and lesser) goals for advancing in life and career
Subscriber content
May 9, 2019 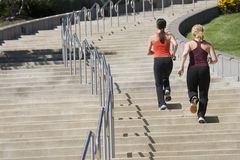