Kate Jenkins was hopeful when she opened Australia’s first national inquiry into workplace sexual harassment. As a long-time employment lawyer, she had negotiated settlements for companies dealing with harassment claims. Now, as the country’s sex discrimination commissioner, she knew chief executives who were emphatic about gender equity, in pay and promotion.

Yet when she asked businesses to waive nondisclosure agreements with employees – contracts that prevented people from confidentially telling the inquiry of past harassment – only about 30 companies and institutions signed off by the deadline.

Absent were the global consultants Deloitte, PWC and Accenture; the advertising groups Interpublic Group and Dentsu; and the bank Macquarie. All of them promote International Women’s Day, a celebration of women’s achievements, and many of their executives were listed with Male Champions of Change, an Australian group that encourages diversity in the workplace.

“They all gave me technical legal reasons, but as a lawyer, I know,” Jenkins said. “It is not like murder. We are asking them to waive for just one purpose. They totally could have done it.”

“It really told me how much our organizations rely on those settlements,” she added.

Nondisclosure agreements have come under scrutiny across the globe as the #MeToo movement – spurred by media accounts of misconduct against women in the United States – led to broader questions on how and why on-the-job harassment continues. Such contracts typically offer an employee money in exchange for not suing or speaking about her complaints. Generally used by companies to keep internal matters secret, nondisclosure agreements are increasingly viewed as shields that allow bad or illegal workplace behaviour to persist.

In Britain, the BBC found that universities paid about $110 million over the last two years in payoffs related to nondisclosure agreements, and a government inquiry is examining the use of such contracts in discrimination cases. In the United States, where millions of dollars were paid to silence women who brought complaints against powerful figures including Harvey Weinstein, the Hollywood producer, and Bill O’Reilly, the Fox News host, some states have introduced legislation to limit the use of such agreements. In New York, a new law bars employers from offering nondisclosure agreements in sexual harassment cases unless the person who complains asks for that confidentiality.

In Australia, nondisclosure agreements – and the culture of silence they create – are at the heart of one of the world’s first nationwide attempts to quantify the economic impact of workplace sexual harassment, examine what drives the behaviour and analyze the legal framework to resolve claims.

Jenkins started her career as an employment lawyer in the years after Australia passed a law in 1984 that barred sexual harassment at work. She advised companies on hundreds of disputes that often ended with nondisclosure agreements.

It was standard procedure, she said, to view confidential agreements as benefiting all involved: the claimant who feared retaliation, the accused who denied the allegation and the company that wanted to protect its reputation.

After Jenkins left corporate law for government work in 2013, she began to question the secrecy enforced by nondisclosure agreements. Companies were not solving the harassment problem, and perpetrators were rarely held accountable.

“The practice was contributing to an ecosystem that was relying on silence to protect reputation, and still does,” she said.

The Australian Human Rights Commission found in 2018 that a third of all employees in the country had reported being sexually harassed in their workplace over the previous five years, up from one in five in 2012 and one in 10 in 2003, according to a survey of 10,000 people that represented the Australian work force based on age, sex and location.

In June, as the #MeToo movement picked up pace, Jenkins embarked on the national inquiry with the idea that its findings could support recommendations to eliminate workplace harassment. A team of researchers consulted with nearly 100 employment and trade groups and received written submissions from more than 400 individuals and companies.

“This is the story you hear over and over again: ‘I entered an NDA for a settlement and can’t talk,’” Jenkins said.

The team spoke with top executives who said they were unaware of settlements within their own companies. Many cases had been handled by legal or human resources departments that never disclosed the details to top managers, the team found.

Judith Bessant, a professor of social studies at RMIT University in Melbourne, questioned whether such a disconnect was intentional. She submitted a statement to the inquiry saying that nondisclosure agreements helped to perpetuate harassment, and she recommended that a new law rule out pacts that prevented the public from knowing about gender-based harassment, abuse or bullying in the workplace and how such incidents were resolved.

“There is a preferred ignorance or a willful blindness to what some people might call inconvenient truth,” Bessant said in an interview. “NDAs allow that to happen.”

Little data or research exists about the use of nondisclosure agreements or their effects on the workplace. Jenkins sent a letter to industry groups, advertising agencies, universities and public sector leaders – including the Male Champions of Change group – and drummed up media attention in November to advocate that companies grant limited waivers to workers who wanted to participate in the survey.

Many companies did not grant the waiver. Jenkins said in an interview that she wondered whether some male managers had skeletons in their closets or felt threatened by changing the “rules of the game.”

“I didn’t realize I was touching a nerve,” she said.

Male Champions of Change, a coalition of more than 200 of the country’s most powerful men who have pledged to “step up beside women in building a gender equal world,” supported the national inquiry and discussed the nondisclosure request with its members, said Julie Bissinella, the group’s program director. It decided not to vote on or recommend what its members should do.

“At the end of the day, it is up to the individual organizations to make the choice,” Bissinella said.

In the weeks that followed, Bec Brideson, founder of the female-focused Venus Comms advertising agency, started a social media campaign called “waive together” to encourage advertising agencies to permit people who signed nondisclosure agreements to talk.

“The more there is disclosure and unsilencing, the better this gets,” she said in an interview. “These kind of crimes are inflicted against people because there is silence.”

The consulting firms Ernst & Young and KPMG granted waivers before the deadline. In March, when the deadline passed, Deloitte and Interpublic, after being contacted by The New York Times, said they would grant the waiver.

Some companies, including PwC and Dentsu, said they supported the inquiry and would assess waivers on a case-by-case basis. Both companies stated that they had “zero tolerance” for sexual harassment.

Accenture released a statement that nondisclosure agreements were not part of the company’s “general practice for victims of sexual misconduct.” A Macquarie spokeswoman declined to comment.

Nicole Taylor, chief executive of the Interpublic-owned ad agency McCann Australia, said the company had missed the deadline because of “internal procedural issues.” Taylor said she had been in Tokyo with Harris Diamond, McCann’s global chief executive, when The Times asked about its missing waiver. She said that they had discussed the issue and that, within days, the company had contacted the Australian Human Rights Commission to sign up.

“It wasn’t met with the speed that it needed it to, and here we are,” Taylor said. “Managing that deadline is probably the part that didn’t turn out well – but the fact that we got the outcome is the most important thing.”

After companies granted the waiver, the inquiry received a “handful” of submissions from people who had signed nondisclosure agreements. As Jenkins and her team review those comments and other research and prepare to make recommendations by the end of 2019, she said, she thinks that simply eliminating nondisclosure agreements will not end sexual harassment.

The thinking on settlements needs to be flipped, she said, so that companies focus less on covering up the problem and more on stopping it.

“We need to shift toward prevention,” Jenkins said. “We need to be able to deal with issues.” 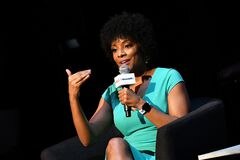 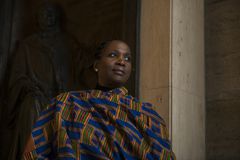 Another side of #MeToo: Male managers fearful of mentoring women
January 27, 2019 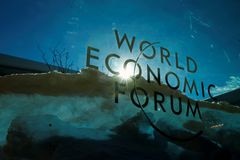