A ski devotee who literally wrote a book on happiness, Matt Mosteller leads CEOs and celebrities on a journey toward pristine snow and fulfillment

A ski devotee who literally wrote a book on happiness, Matt Mosteller leads CEOs and celebrities on a journey toward pristine snow and fulfillment

This is the fourth story in a multi-part series called Business of Fun, which gets inside the minds of creative types across numerous disciplines and industries. 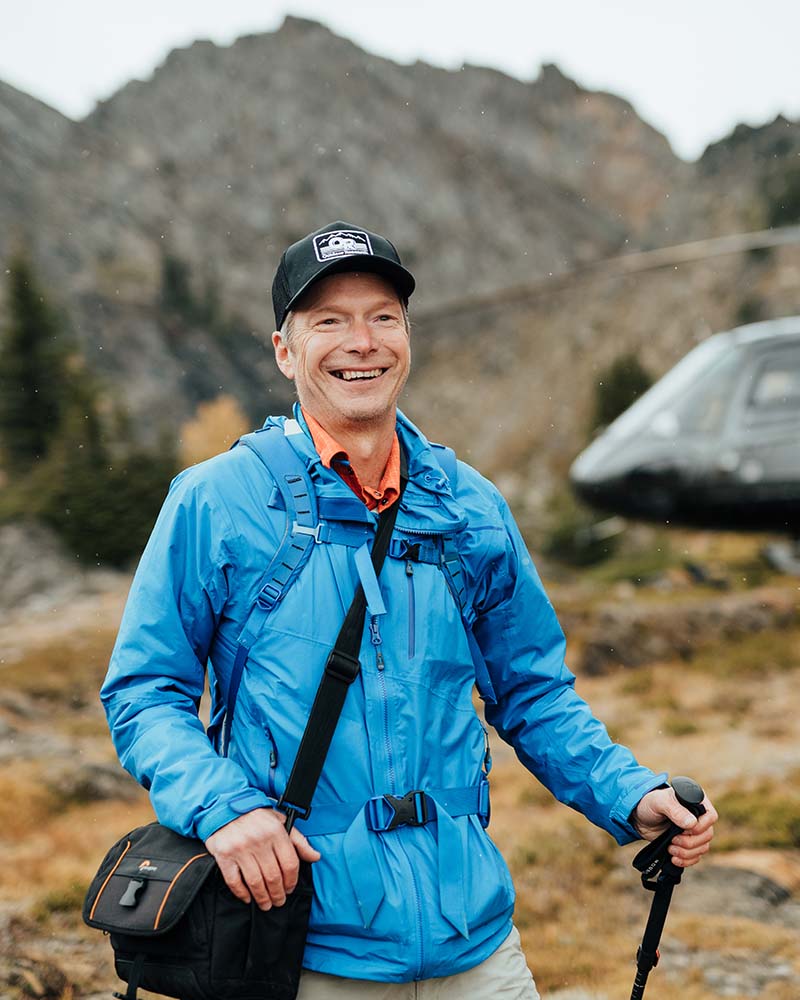 Matt Mosteller, a leading ski resort executive and influential blogger in the Canadian Rockies, is a champion of balance.

Matt Mosteller hails a helicopter the way most people flag a taxi. As a leading ski resort executive and influential blogger in the Canadian Rockies, Mr. Mosteller does a lot of work that feels like play. Ask to chat with him about it, and you might find yourself on the Eclipse heli-pad in Cranbrook, B.C., piling into a sleek French A-Star for a high-alpine picnic near iconic Fisher Peak. 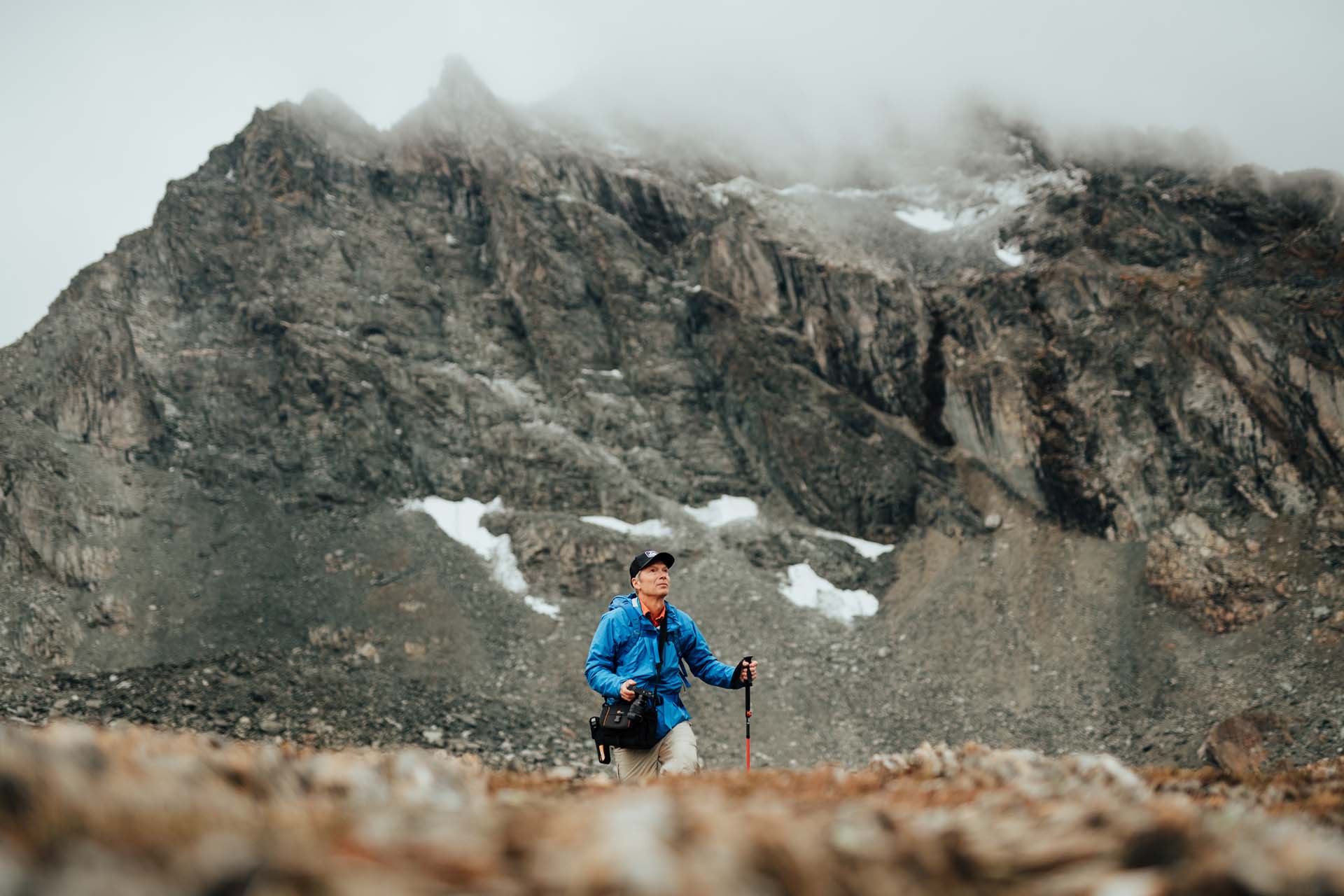 Mosteller is accompanied by writer Charlene Rooke and photographer Chelsea Boyd Gibson on a high-apline picnic in the Rockies. 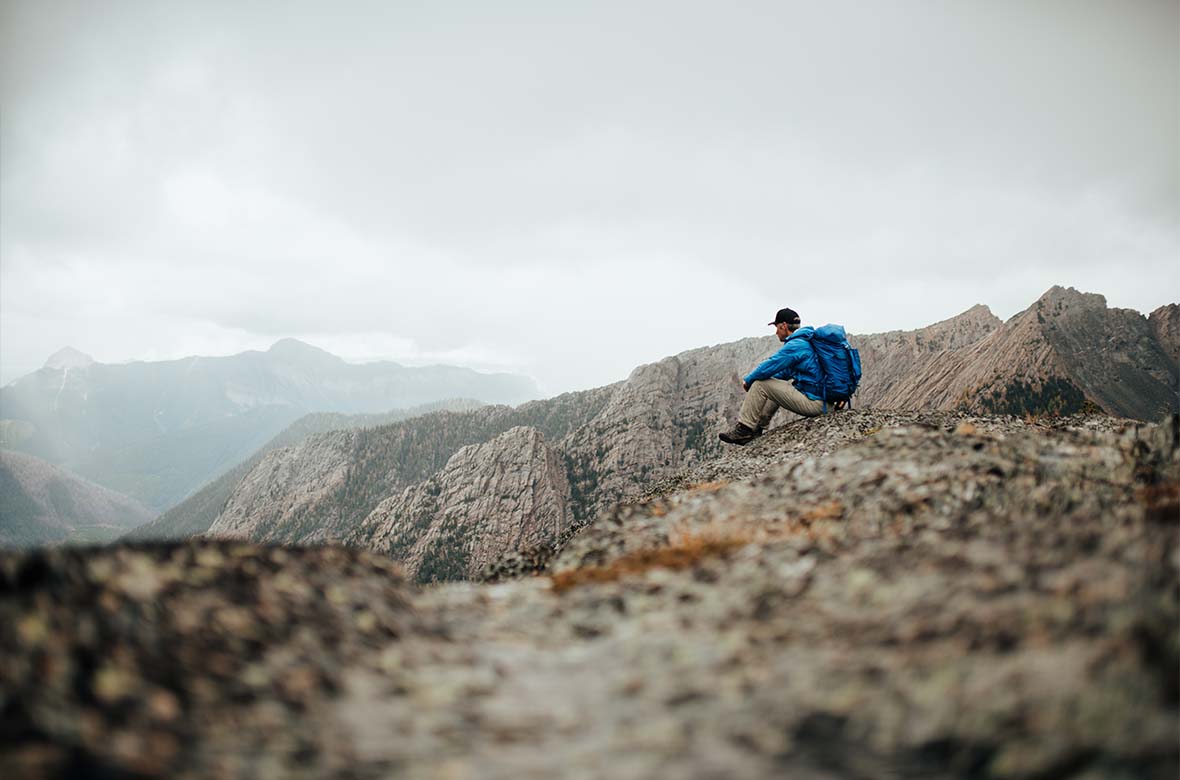 “My heart is here, along the Powder Highway,” says Mr. Mosteller, up since 4 a.m. and vibrating with energy. He’s referring not only to the renowned ski runs of the Kootenay Rockies, but also the chain of funky ski towns, like Cranbrook, that string together the community of like-minded mountain souls in this region.

He’s famous here for taking guests, from celebrities and CEOs to average Joes, on tours through the Rockies’ high, dry, soft and deep winter dumps of snow, and has embraced his own nickname. “I’m Powder Matt,” he greets everyone, with a smile that creates perma-crinkles around his pale-jade eyes. He’s a hugger.

Mr. Mosteller is quick to say he’s not a professional guide, but as the senior vice-president of resort experience at Calgary-based Resorts of the Canadian Rockies (owners of ski resorts in Fernie, Kimberley and Golden, B.C., as well as in Quebec and Alberta), he spends 80 per cent of his time in the mountains, where he’s accumulated more experience and hair-raising close calls than the average Canadian would desire. He connects with fellow mountain aficionados on Steller or Instagram to help craft their own small-group treks, seeking those moments of privacy and discovery that make city people feel like “pioneers” in the mountains, he says.

He describes skiing deep powder like he would religion, or maybe outer space, as being “an eagle soaring over the ocean. You’re floating and everything’s swirling around you; there’s this feeling of incredible balance. Even if I get one turn in, I’m happy, happy, happy.”

Mosteller spends 80 per cent of his time in the mountains, often by helicopter.

I’m a consensus builder, and I want to collectively work together to find the most creative ways to find innovation.

When in the office, he leads his team in creating inspired storytelling opportunities around mountain life in and around the company’s properties, always focusing on the so-called “three Ps” (passion, purpose, people) and respecting the environment, which he calls “foundational” to what they do. “If I’m not doing something that’s adding value to one of those four baskets, and creating good, then I’m not doing what’s right for both me and the company, and adding real value,” he says.

As a person who seems highly attuned to being present in the moment and keen to look forward rather than back, Mr. Mosteller is reticent in talking about his childhood, but confesses he was a “fat kid, deeply overweight and obese,” and that skiing was how he first experienced accomplishment, physical freedom and the feeling of “pure joy.” Since then, the mountains have become his passion, and his message about pursuing your passion has become his personal brand.

Through the breath-robbing rise, dip and swoop of the helicopter ride to the peak, Mr. Mosteller gleefully points out tiny landscape details: patches of fresh snow and fresher logging cuts, sparkles of sun on Mause Creek, a refurbished lookout point. “Look, see the larch turning [yellow] on that ridge? Isn’t that beautiful?” If Mr. Mosteller were a dog he’d be happy-panting—and he loves dogs, which along with naked alpine-lake dips, snow-bathing and singing and dancing, are other things that bring him “really deep joy.”

We land at the edge of Nicol Lake, and while craft brewhouse The Heidout sets up a chic picnic (“I’ll only eat what Justin Timberlake eats,” Mr. Mosteller jokes, name-checking one of the area’s reported high-flying ski tourists), he scampers across moss and rocks, perches on a cliff and dangles his legs off a perilous edge like a kid on a high stool.

From a distance, the trim, kinetic 50-something could pass for two decades younger, if not quite the young ski bum who once lived in his car for 63 straight days. The smile lines and the grey peeking out from his cap hint at the tidbits of mellow wisdom he poured into his 2012 book The Adventurer’s Guide to Living a Happy Life, a slim feel-good volume that’s rich with the Tao-of-Matt-style advice that longtime clients value as much as his mountain cred.

"Nature is one of the few things that can get a human being into the simplest form, to be humbled." 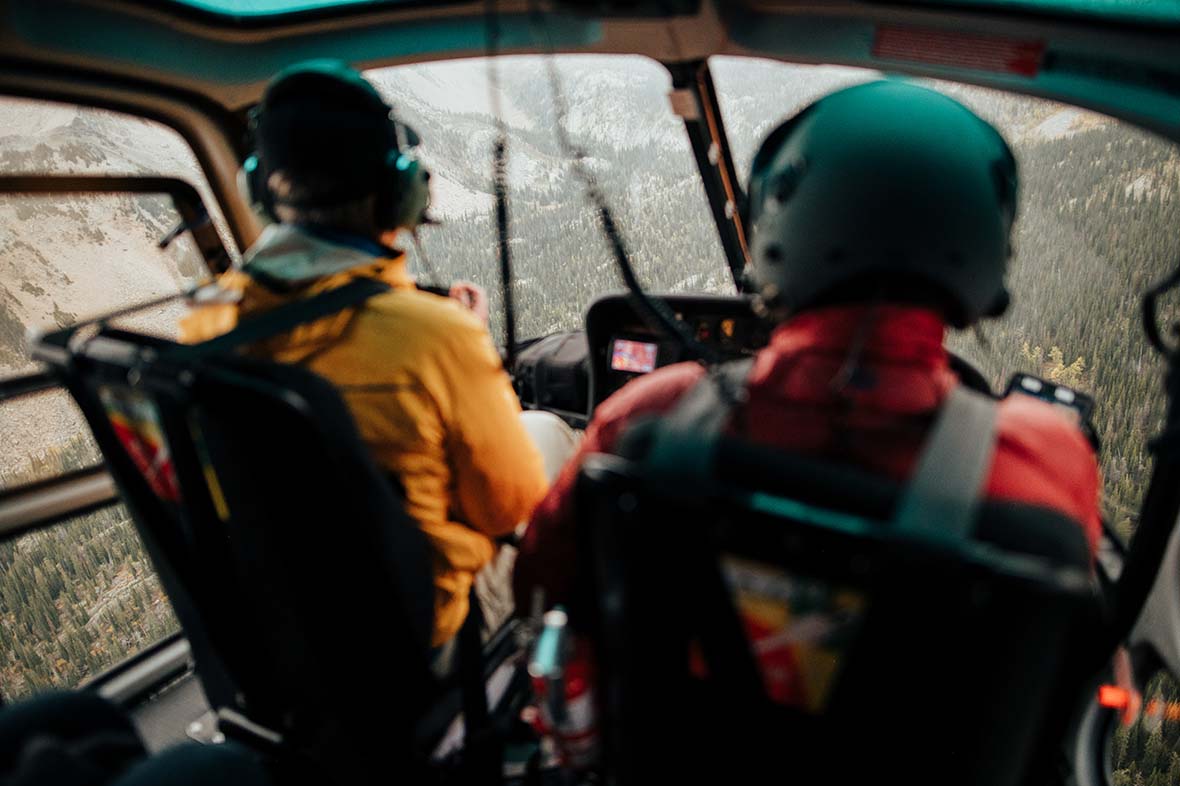 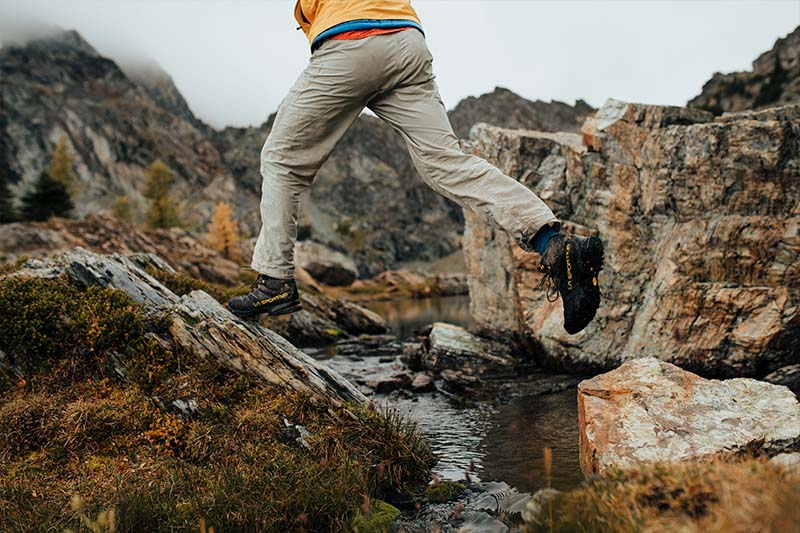 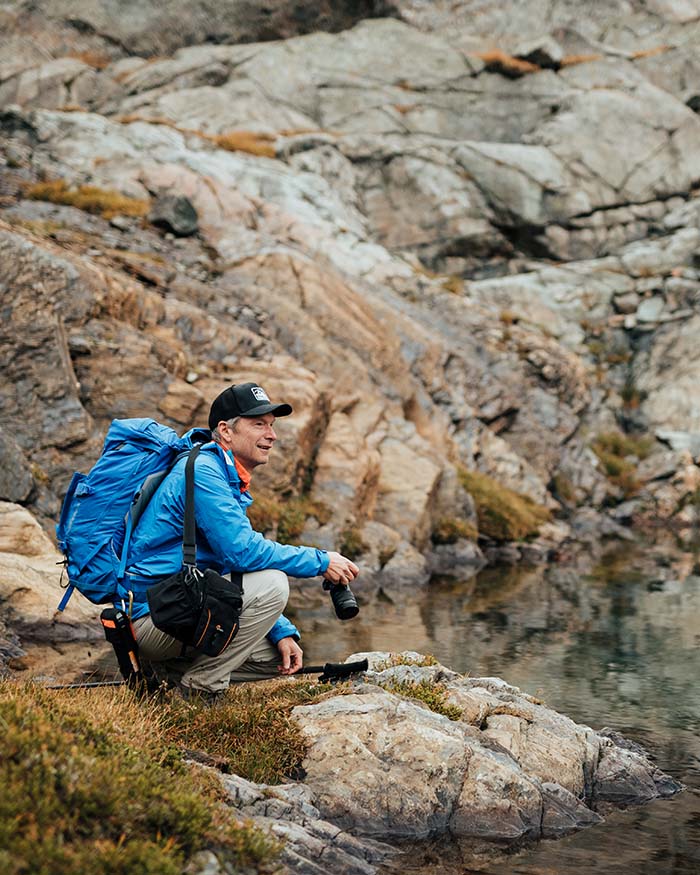 Mosteller journeys with his camera in tow, documenting the adventure for his popular blog, Powder Matt.

It asserts, for instance, that no explorer or adventurer has ever survived incredible hardship without an immense amount of optimism and positive energy — the kind with which Mr. Mosteller himself buzzes. That’s good advice, but in the world of business, isn’t it the case that brute force and relentless, forward pursuit are more in tune with today’s tactics?

“I think that stuff gets you to a certain level, but it's not the highest level and it's not the most joyful level, and it’s not the level of success where people really appreciate and respect and are grateful for it,” he says. “To really get that to that level, you do have to have an air of positivity and you have to have goodness.” Good is a word he uses a lot: good for the land, good to people, doing good for good reasons. He compares a company to an ecosystem, and believes if the people in it are “nurtured, with care and joy and play, then we have a pretty good ecosystem.”

As a father of two, Mr. Mosteller nurtured the follow-your-passion message: His daughter left home as a young teen to pursue a country-music career in Nashville, and is now in the music industry in Los Angeles. His son dropped out of high school and moved to Asia, frustrated by conventional academic studies in Calgary but keen to pursue his affinity for Chinese language and culture. In situations that many parents would consider untenable, Mr. Mosteller chooses positivity, believing everything will work out.

Inside of us, humans are hot-wired for wandering, and you can’t just take that out of us after thousands of years.

Likewise, the power of nature and the outdoors pulls people, high-powered public figures and executives alike, to quirky little mountain magnet towns like Cranbrook, to live or to launch their next adventure. “Nature is one of the few things that can get a human being into the simplest form, to be humbled,” Mr. Mosteller says, comparing good decision-making in the mountains to his own leadership style. “I’m a consensus builder, and I want to collectively work together to find the most creative ways to find innovation.” Likewise, he says, when you’re inching along a glacier with your team, deciding whether to go off-rope, hearing feedback from other members of the team can help make the best decisions.

When he says he believes people need to “get uncomfortable” to find happiness, he doesn’t mean in pain or danger, but maybe getting cold and wet and figuring out a tricky bit of route-finding, rope work or gear-drying on a multi-day trek. 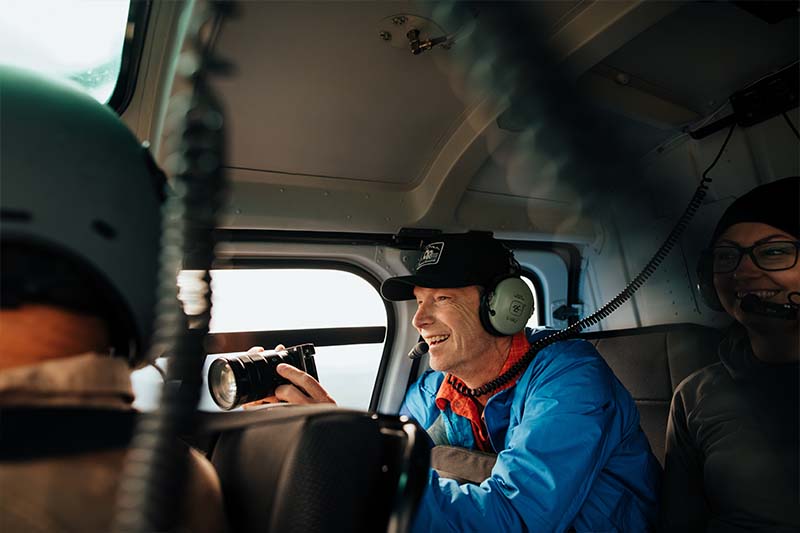 Mosteller snaps photos from the helicopter.

“Inside of us, humans are hot-wired for wandering, and you can’t just take that out of us after thousands of years,” he says. “The feeling of being uncomfortable makes us deeply grateful and appreciative of what we have when we’re home, and that is so freaking powerful there’s no other way I can explain it.”

When Mr. Mosteller talks through his own pre-trip routine of extensive weather- and-avalanche-checking, packing rituals and route-mapping protocols, it’s clear that his careful list of preparations and planning make for the kind of good, disciplined work habits gleaned from self-help books or biographies of business titans. Finding powder might be not just an allegory for finding happiness, but also success.

After all, to find that untouched snow, and the freedom and the joy that go with it, you have to get up the earliest, climb the highest, pick a less-trodden track — and be prepared to fail, and to try again another day. “We do all these things in the pursuit of powder, but it's not about skiing or hiking to that slope that we were going to — maybe we never make it,” says Mr. Mosteller, who would rather cut short or re-route a group expedition rather than taunt Mother Nature.

For Mr. Mosteller it’s not about finding the highest mountain, the steepest slope, or even the deepest snow: it’s about being in the mountains, feeling fresh air on his face and sharing that joy with others. “Just go into the forest, over to the side of a path and not in any dangerous area, just to get that feeling of going into an area that’s a little unknown. There's nobody else out there except your crew and there’s no other sound except the snow falling. That’s that pioneering feeling, of the discovery, every time. We’re sharing something.”

Our alpine lunch picnic is complete, and the helicopter gracefully weaves back down through the peaks, with Mr. Mosteller grinning and snapping photos like a first-timer in the mountains. Once we touch down, Mr. Mosteller dishes out long hugs to everyone (including the heli-team’s dog) before hopping in his SUV, which has a hulking mud-spattered mountain bike mounted on the back.

It’s been just another day at the office for Powder Matt.