Graduating during a recession doesn’t just jeopardize earning potential in the years that follow, it may also affect financial, mental and physical health for decades to come.

According to a recent study by the Royal Bank of Canada, those who graduate during a recession are less likely to be in management positions and less likely to occupy a skilled position by their early 30s, as compared with the same prerecession cohort. Many millennials continue to feel the impact of the last recession today, and economists suggest there’s a 20-per-cent to 30-per-cent chance graduates of 2020 will experience the same fate.

He said that it’s not just a matter of waiting for a recovery, as skills, professional networks, experience and reputation can go stale if not used during the interim. “If you have to spend two or three years bouncing around jobs that don’t necessarily use the skills you learned, by the time the economy heats up a bit, you’ve kind of lost those skills,” he says. “In that sense, it’s not just a loss of a few years; your whole path gets changed.”

Mr. Agopsowicz adds that whether or not there is an economic downturn in the coming years, he strongly emphasizes a focus on skills rather than specific roles. “Don’t focus too much on a particular job; think more about ‘how am I going to be set up to quickly learn new types of skills?'"

The negative impact of graduating during a recession aren’t necessarily limited to economic opportunity either. According to a recent study for the U.S. National Bureau of Economic Research, it can also have long-term consequences on one’s emotional and physical well-being.

“Recession graduates are more likely to divorce, less likely to be married and less likely to be cohabitating with their children,” says Hannes Schwandt, assistant professor at Northwestern University’s School of Education and Social Policy and co-author of the study. “Cohorts that graduate during the recession have slightly elevated mortality rates lasting through age 50, which is where our analysis stops, but they likely persist for longer.”

Prof. Schwandt says the compounding negative effects on economic and socioeconomic outcomes can have health repercussions later in life. Researchers have long debated whether health and wealth are interrelated, and Prof. Schwandt believes his research proves that correlation exists, although it may take decades to manifest. His research also found that those who receive less education and members of marginalized minority groups are likely to feel the effects even more profoundly.

He warns, however, that delaying graduation by pursuing additional education during a recession isn’t a proven solution. “I wouldn’t advise anyone to stay in school longer or change life plans considerably because there might be a recession coming up.”

Although the job market may be more competitive, Prof. Schwandt says that graduates can be assured that it isn’t necessarily an indictment of their abilities or work ethic, but rather a matter of economic circumstances.

Philip Oreopoulos, a professor of economics and public policy at the University of Toronto and co-author of a similar research paper on the subject, echoes that sentiment, explaining that it adds a new dimension to the wider debate about individual prosperity in a free market.

“The labour economic system is becoming more and more aware of the possibility that individuals can experience shocks in the labour market that are beyond their control that can have long-term consequences,” he said. ”We find that fascinating, because the standard market model assumes you’re paid what you’re worth in terms of the skills you have to offer.”

While he accepts that luck does play a role in determining economic outcomes, Prof. Oreopoulos adds that there are a number of strategies students can take to improve their odds of success upon graduation. For example, he believes one of the biggest barriers to achieving one’s full potential after graduating during a recession is settling.

“The more mobile you are, the more attentive you are to opportunities – not just sort of settling for what you get but keeping an eye out when economic conditions pick up – the more likely you are to recover from the initial gap,” he says.

Prof. Oreopoulos also believes that recessions should encourage students to work even harder to better prepare themselves to compete for more limited job opportunities. “By careful choice of field of study, choices of extracurricular activities, and also how much they study and what their grades are, there are actions within the student’s control that can help offset the things they don’t have control over,” he said. 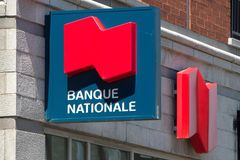 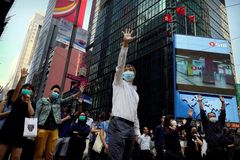 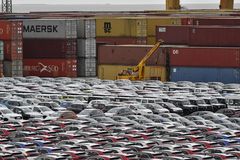