Michelle Iraba was nine months into her new job with a multinational consulting giant when she was told that she was being laid off.

“I was actually one of the top performers at work," she says. Before the layoff, the 29-year-old was saving to start her own fashion company. Now she needs to dip into those savings to keep herself afloat, and she has no idea how long it will be until Canadian companies start hiring again.

Though her employer didn’t explicitly attribute the dismissal to COVID-19, Ms. Iraba is now part of a wave of workers who have been either permanently or temporarily laid off as the economic fallout of coronavirus worsens.

Nearly one million Canadians applied for employment insurance (EI) between March 16 and March 22, and that number is expected to grow the longer the crisis continues.

“I’ve never seen anything like it in my nearly 20 years of practice,” says Lior Samfiru, a partner and labour and employment lawyer at Toronto-based Samfiru Tumarkin LLP. “I’ve never seen so many layoffs in such a short period of time, across all industries, employers of all sizes and all locations.”

Mr. Samfiru says his office has been inundated with calls recently, largely by those who have been laid off on a temporary basis and want to understand their rights.

“That’s not something employers do often, but in this situation a lot of employers hope this is only a temporary thing, so they’ll lay off employees temporarily,” he says. “For most employers, a temporary layoff is actually illegal, and what I mean by that is it gives the employee the option to treat that as a termination and require the employer to pay severance.”

Mr. Samfiru says that in all provinces, those who have been fired temporarily can choose to treat it as a full termination and demand termination entitlements, such as severance pay. While some are holding out hope that their employer is able to hire them back in the future, he strongly advises exercising that right.

“You want to pursue your rights because you don’t know what’s going to happen with the company tomorrow, next week or next month,” he says. “A lot of employers are either on the verge of going out of business, have gone out of business or will be going bankrupt, and those employers are not going to be able to meet their obligations to employees.”

Mr. Samfiru also advises anyone who has been laid off to register for EI benefits as quickly as possible, as the influx of applicants is causing a backlog.

According to Mr. Samfiru, those who were only employed for a brief period before their termination, like Ms. Iraba, are actually treated disproportionally better than those who have been employed for longer. “She may be owed three or four months of compensation from her employer, and that ratio wouldn’t be the same if she was there for 20 years,” he says.

Mr. Samfiru adds that it’s important for Canadians to understand their rights in the event of a temporary or permanent termination, and strongly recommends seeking out professional legal advice.

“I want people to know that they have rights, and they shouldn’t let the financial aspect stand in the way, because most good [employment] lawyers are going to provide options that do not require any payment up front – or any payment at all – unless there’s a good resolution,” he says.

Beyond seeking EI benefits and termination entitlements, Canadians who have lost their job as a result of COVID-19 are also advised to seek employment in the few industries that are currently hiring.

According to Kareen Emery, Monster Canada’s vice-president of employer branding, hiring is ramping up in sectors that are crucial during this period. Those include health care, logistics, home-delivery services, grocery stores, pharmacies, and sanitation and cleaning services, as well as at companies that produce in-demand good such as hand sanitizer and medical equipment. She advises job-seekers to emphasize transferrable skills that can fit the needs of these industries.

“Redo your resume thinking about the current market and what’s needed,” says Ms. Emery. “Let’s say you were a housekeeper, and now you can’t go from home to home. Well, think about clinics and hospitals that are looking for people to help clean.”

Ms. Emery explains that for Canadians like Ms. Iraba, this is the time to put long-term goals and career ambitions on hold, and focus on what can be done now to get through the next few months.

“The most important thing is to be open,” she says. “This current situation isn’t something that will define your career; sometimes you just need to put food on the table or pay your bills, and if you need to spend a few weeks in a different industry doing something that’s not your dream job, it’s alright – things will go back to normal.” 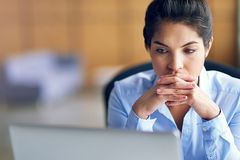 I’ve been looking for new work for months. Is this a bad time to be switching jobs?
March 23, 2020 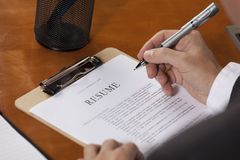 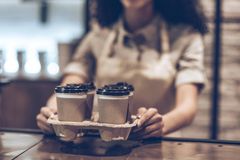