When Tracey King applied for the inaugural position of Aboriginal Human Resources Consultant at Ryerson University in 2010, she brought two sacred items – eagle feathers – along to her interview. One feather was given to her by a traditional healer as an acknowledgement of Ms. King’s efforts in that realm, and the other was from her family for supporting them through her grandmother’s death. These prized objects, high honours in her Potawatomi and Ojibwa community, helped her to talk about skills that might not be explicit on a résumé but essential nonetheless.

Now incumbent in the role, which Ms. King says is the first of its kind at a university in Canada, she encourages Indigenous candidates to bring their own sacred objects, as well as to smudge (engage in a ceremonial burning of sacred sage medicine) before the interview. Many take her up on the offer. That’s just one of the ways the university is attempting to be more welcoming to aboriginal hires. Other advances include a diversity statement on job postings that flags First Nations, Métis and Inuit peoples specifically, an invitation for aboriginal candidates to contact Ms. King directly via e-mail or toll-free phone call, and a Google group and monthly meeting for members of the community. Since Ms. King has been at Ryerson, the university has more than tripled its aboriginal faculty and staff numbers, which currently stands at 90 people, including five faculty members.

Becoming more Indigenous friendly is a goal for more and more workplaces seeking to reflect Canada’s diversity in their hiring. As of the 2016 census, Indigenous or aboriginal people (the identifier is in flux and used interchangeably here), which includes First Nations, Métis and Inuit, made up 4.9 per cent of the national population. Yet, a 2017 Statistics Canada report showed that aboriginal people generally have lower employment rates, were less likely to work in knowledge education (professional, management and technical positions tending to require postsecondary education) and earned less than their non-aboriginal counterparts. Experts suggest these issues can be addressed by offering more pathways into organizations and reaching out to build employer trust with Indigenous communities.

Aboriginal Link has been advising workplaces on these pathways since 1999, providing consulting, student recruitment programs and scholarships, and inclusion training workshops, among other services. To date, the organization has accumulated a database of more than 28,000 Indigenous organizations in Canada, to reach a community representing more than 1.5 million Indigenous people. It also hosts AboriginalCareers.ca, a career site used by many employers to reach the community online and through less technological means more suited to remote communities, including circulating postings on bulletin boards and via fax and direct mail.

Michael Milanese, Aboriginal Link’s president, says that while many organizations today are just at the beginning of their foray into this support role, others have been doing so for years. Either way, he says it helps to have senior management on board. “It really begins by demonstrating a commitment to wanting to deal and work with Indigenous people in Canada,” he says.

RBC is one of those organizations that has both a long-standing Indigenous outreach and new programs in development. In 1991, the company established the Royal Eagles, an employee resource group designed to help Indigenous employees connect. The oldest of several equity groups in the organization, today the Eagles have an online platform for information sharing, do outreach in Indigenous communities and hold in-person events for support and mentorship.

Norma Tombari, senior director of Global Diversity and Inclusion at RBC, says beyond the supportive aspect, this group makes business sense. “The resource groups are wonderful resources to the organization as well because they provide feedback on our policies and practices,” she says, adding that they also offer insight into that population within their client base. “We also get an understanding of what’s going on in the community, into where we can assist and how we can better serve our clients.” The percentage of Indigenous employees at RBC stands at 1.6 per cent. Other initiatives at the company include high-school recruitment programs, a summer internship and cultural awareness workshops.

Another company working on boosting its Indigenous presence is the Canadian Broadcasting Corp. Marc Barrette, director of talent acquisition, diversity and inclusion for the CBC, says the broadcaster has connected with Aboriginal Link for recruitment and retention seminars, and has a standing profile page on the AboriginalCareers.ca website. On the Radio-Canada side, a new initiative takes on four Indigenous interns for a full year (most interns are hired for a shorter time period). A new leadership program offers mentorships to several groups including Indigenous employees.

Mr. Barrette calls the efforts a no-brainer. “Our population is very diverse, so we need to make sure that these different groups and communities recognize themselves in our content and also in our work force,” he says. Currently, 2.1 per cent of the organization’s work force is Indigenous, with higher percentages in the North at 31.6 per cent and in Manitoba at 9.6 per cent.

Chantal Fraser, an HR professional formerly with the Canadian military and consultant who now runs cultural-awareness and recruitment workshops on behalf of Aboriginal Link, says there are barriers at every of stage of the application process that well-intentioned workplaces don’t always realize they are imposing on Indigenous applicants.

At the initial recruitment stage, applicants in remote communities that lack broadband access may not even see postings or be able to complete the electronic application process. Including an e-mail address on job postings, preferably that connects directly with an Indigenous HR consultant who can help walk applicants through jargon and pull out transferable skills to highlight in cover letters, can help. Including Indigenous languages in the list of options candidates can identify as speaking creates a friendlier application.

At the interview stage, knowing about Indigenous cultural norms can help. As an example, Ms. Fraser, who self-identifies as Métis, mentions silence. “Whether you’ve been raised mainstream or traditional, silences are very much an accepted part of the communication process. So, when you’re interviewing somebody who’s Indigenous and has been brought up to respect silences, you have to allow time in the conversation and in the interview process to let those silences naturally occur,” she says. Another tip is to have the interview team reflect the organization’s diversity. Both Ms. Fraser and Ms. King also make it a priority to reach out to the community through events such as powwows and friendship centres, and encourage organizations to do the same.

At RBC, Ms. Tombari recommends workplaces new to Indigenous outreach should devise an overall strategy for their efforts and put metrics in place to measure their success. She adds that consulting with Indigenous employees can help ensure you’re on the right track. “Engage your Indigenous employees in the process. … Really listen, engage and get their input,” she says.

Editor’s note: In a previous version of this article, Chantal Fraser was incorrectly described as a First Nations human resources professional. In fact, Ms. Fraser self-identifies as Métis.

Diversity and inclusion give these firms a competitive advantage
March 7, 2018 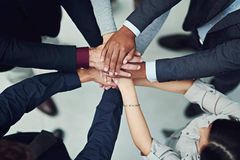 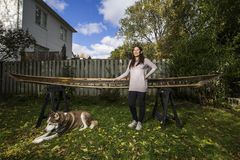