Gender bias is often blamed for the enduring existence of the glass ceiling in the business world and the resulting absence of professional women from the top ranks of power.

Now a new study from a researcher at McGill University’s Desautels Faculty of Management in Montreal suggests such biases aren’t the only reasons the glass ceiling remains intact.

Specifically, the study examines the role of network recruitment and the impact of that practice on gender diversity within an organization. Network recruiting is the most common form of employee recruitment in the labour market and occurs when job candidates are generated through referrals from current employees through their social networks.

“It’s both inexpensive for employers and tends to yield well-qualified and higher performing hires,” says Brian Rubineau, associate professor of organizational behaviour at Desautels and study author, in collaboration with Roberto Fernandez of MIT Sloan School of Management in Massachusetts.

The study relies on human resources data collected from two large pharmaceutical companies and used to measure the effects of network recruitment on work force diversity at various levels of power. The research builds on previous work by Dr. Rubineau and Dr. Fernandez into the segregating – or desegregating – nature of network recruitment. That is, people tend to have friends and associates in their social networks who are similar to themselves and that, in turn, reflects on whom they refer for jobs.

Magnified, the makeup of a firm will change based on the differences in referral rates by certain social groups over others.

The research suggests that by measuring these referral rates, firms can identify whether their network recruitment is contributing to increasing or decreasing diversity.

Dr. Rubineau says this is so because “people tend to refer for jobs at their own level or lower more often than referring for higher-level jobs.”

The finding suggests that companies interested in cracking the glass ceiling need to pay more attention to the referral behaviours of upper-level employees.

The study is published in The Russell Sage Foundation Journal of the Social Sciences.

I want to be a recruitment marketer. What will my salary be?
Subscriber content
October 10, 2018 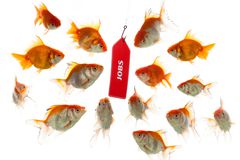 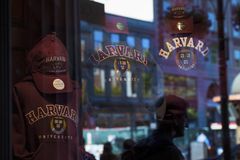 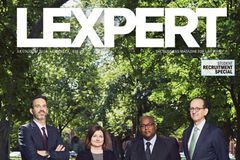