Canadian experts on intellectual property and copyright are warning that the United States-Mexico-Canada Agreement could hurt the country’s rapidly growing tech sector.

Some IP lawyers, professors and specialists say that while Canada did not make any serious concessions on intellectual property (IP), the proposed deal would broaden protections in a way that gives an inherent advantage to IP-rich U.S. tech giants. This, they say, puts Canadian innovators in a weak position just as the country tries to reframe its economy as innovation-focused.

Canada would have some IP wins in the USMCA, including the ability to retain its “notice and notice” response system for copyright-infringement, which focuses on educating consumers about copyright rather than taking legal action for violations. But other shifts have experts frustrated, including an extension of copyright to the date of the creator’s death plus 70 years, up from life plus 50. The agreement would also extend protection of some biologically derived drugs from generic competitors to 10 years from eight.

But critics are most concerned that Canada may have missed the chance to rebalance IP policy in its favour. In 2016, Canada brought in $5.6-billion for the use of IP, and paid out $14-billion to use IP, according to Statistics Canada.

“By strengthening IP across the board, the IP-rich Americans just got considerably wealthier today,” said Jim Hinton, a patent lawyer and founder of the consulting firm Own Innovation in Waterloo, Ont. “As an IP poor nation, Canada is left footing that bill.”

Richard Gold, a McGill University law professor and founding director of the Canadian Centre for Intellectual Property Policy, warned that USMCA would not end what he sees as an unfair U.S. patent system. While patent holders in the United States can sue wherever the company or defendant is located, Canadian firms can sue in the defendant’s jurisdiction only, he said. This, he continued, could discriminate against non-U.S. patent owners.

The three countries agreed to set up a committee to discuss IP matters, including the choice of venue for litigation – an issue the federal government has said it hopes to address in its national IP strategy.

Navdeep Bains, Minister of Innovation, Science and Economic Development, said in an e-mailed statement that the agreement’s language would “support the competitiveness of our creators and innovators, while providing Canadian exporters and investors with a predictable and transparent framework of rules.”

Myra Tawfik, a law professor who works with IP commercialization at the University of Windsor, echoed that sentiment. “It’s not a level playing field, so any concessions we make on IP do not work in our favour,” she said. “… We continue to trade this off for other priorities without considering how important IP rights are for sustained prosperity in the knowledge economy.”

Similarly, Jim Balsillie – who brought many innovations to market as the former co-chief executive of BlackBerry maker Research in Motion – released a statement on Monday calling on Ottawa to build IP assets and "reduce the damage this agreement will do to our future prosperity.”

Even something as simple as extending the term for copyright by 20 years “will make it more difficult to access and disseminate [copyrighted] information for the benefit of all Canadians,” said Michael Geist, the Canada Research Chair in internet and e-commerce law at the University of Ottawa.

He also pointed out “safe harbour” provisions in the proposed agreement that could free internet companies from liability for content hosted or posted on their services. This could affect how firms such as Facebook Inc., Twitter Inc. and Google police content.

Opinion
At long last, Americans come to their senses on trade
October 2, 2018 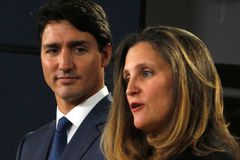 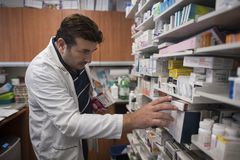 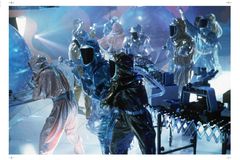