Ghana-born Tufuantsi (TK) Daniel and Montrealer Milane Segal discovered a shared interest in sustainable development when they enrolled in the Rotman School of Management’s global executive MBA program in Toronto in 2017.

What began as their class project on inadequate access to clean water in sub-Saharan Africa evolved into a full-fledged non-profit organization, Synergy Water, working with underserved communities in the Upper West region of Ghana. With funding from a coming GoFundMe campaign, the non-profit they co-founded aims to install new water boreholes with partly-mechanized pumps, improving access to safe drinking sources for 1,500 rural residents and reducing the need for young girls, especially, to walk up to five kilometres to fetch supplies for their families.

A similar focus on applied learning plays out differently at the University of Western Ontario’s Ivey Business School in London, Ont.

Since 2012, the school has offered an undergraduate “service learning” elective for senior students, who teach Africa-focused case studies to business school students in several of the continent’s countries. During their four-week stay, Ivey students interview African entrepreneurs as subjects for potential future studies that, once vetted, could be added to Ivey’s global case library.

In contrast to Ivey’s elective for undergraduates, Rotman’s global executive program caters to working professionals from around the world who attend classes in five continents – Europe, East and South Asia, the Middle East, and North and South America – and are expected to tackle real-life problems from the outset of the program.

“What is the point of going all around the world if all you are going to do is spend 40 hours a week in the classroom?” asks Doug Hyatt, a current Rotman faculty member and former academic director of global executive MBA. “Then it is just a long commute to school; the point is to be experiential.”

He credits technology for transforming the learning experience.

“What technology, and the evolution of technology has done, is to allow us to make the program much more experiential for them,” Dr. Hyatt says, with course material now available online, and on demand, as videos, PowerPoint presentations and other interactive content. “What we are seeing in the capstone project – and what Milane and TK are doing – reflects the current state of the evolution to give people time in each of the places."

In each of the overseas study trips, he notes, students have more time to spend outside the classroom, in direct contact with local contacts.

For Ms. Segal, who spent almost 15 years in financial services, the Rotman program appealed to her desire for a new career with social impact.

“Water is what screamed out to me because water is so basic,” she says, of topics she considered for the Rotman capstone project. “You need water for health, for education, for equality and the world is facing a scarcity of water.” She quickly found a research ally in Mr. Daniel.

“When I approached TK, he was also passionate about water,” she says. “After a couple of discussions we realized we wanted to partner and do this together.”

After initial discussions in March of 2018, Ms. Segal and Mr. Daniel travelled to Ghana to meet local community leaders, government officials and others with a shared interest in identifying sustainable water-access solutions in rural and remote areas.

With private and local public sector agencies, the non-profit plans to drill water boreholes and install partly-mechanized pumps to increase access to clean sources of underground water. At present, villagers often rely on hand-pumps, with a high failure rate, or dig shallow wells that raise the level of health risk.

Mr. Daniel says what he has learned from the real-world capstone project has been “absolutely amazing,” encouraging him to assess problems and solutions with a new perspective.

“Coming from a background in private equity [in Ghana] it is all about making sure all the facts and figures are there,” he says.

In a sustainable development context, he says, he is learning how to work with diverse groups – and interests – to produce results. “For me, [it’s about] learning the right ways to effect change,” he says. “The level of stakeholder engagement that goes into any change management process has been absolutely crucial.”

For Ms. Segal, participation in the global executive program has led to a career pivot.

“I started asking myself the deep questions about what would really satisfy me in terms of the work I do, and what would be the most fulfilling, and the answers were always that I wanted to do a global program,” says Ms. Segal, who left a senior position with a large Canadian insurance company last year. “I wanted more connection to the rest of the world.”

With experience gained through the Rotman program, she now aspires to be a social entrepreneur.

“I am certainly giving it a try,” says Ms. Segal, who plans to work with Synergy Water and other sustainability focused projects after graduating from Rotman this summer. Mr. Daniel, who joined a financial services firm in Montreal early this year, will remain a director and advisor of the non-profit.

Though different in focus, the programs at Rotman and Ivey share a common purpose in encouraging participants to step outside their comfort zone to study and work in unfamiliar settings with their own cultural practices and business norms.

When introduced in 2012, the Ivey elective initially enrolled 18 business undergraduates and forged partnerships with three business schools in three African countries. Since then, 177 Ivey students have completed the elective and 4,000 African students have earned certificates recognizing what they have learned about case-based decision-making.

Currently, Ivey works with business schools in four African countries, with a fifth country partner imminent, according to Ivey associate professor, Nicole Haggerty, who developed the Ubuntu Management Education Initiative (of which the elective is one element) to encourage case learning in African business schools.

Through the Africa elective, Ivey has produced 15 regional case studies that can be used by students worldwide, says Dr. Haggerty.

“That is one of the things we really need,” she says. “Canadian organizations, Canadian businesses and Canadians in general don’t know very much about the [African] continent.”

Moreover, she says, the experiential learning of the elective course has a lasting impact on participating Ivey students. “My students come back and tell me that three to five years later they are still in contact with people they met in Africa,” she says. “It is broadening their understanding of the world of business.”

As Mr. Daniel and Ms. Segal prepare to graduate from the Rotman program at the University of Toronto this June, both say they have been transformed by the experience.

For global EMBA students, the world is their classroom
March 18, 2019 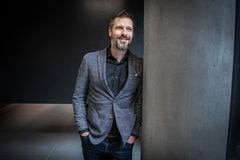