Sometimes a rough beginning has a happy ending.

In spring of 2016, Rand Abou Ras and most of her family, all members of a persecuted Druze minority, arrived in Canada as refugees fleeing the civil war in Syria.

Born in the United Arab Emirates, but a Syrian national, the now-19-year-old spent her summers as a child in Syria, including the largely-Druze city of As-Suwayda (Sweida). This is the same city where Islamic State fighters carried out suicide bombings last July, killing almost 300 civilians.

After graduating from high school in Abu Dhabi, Ms. Abou Ras applied to several Toronto-area universities and, in the fall of 2016, entered an undergraduate business program at Ryerson University’s Ted Rogers School of Management.

After several weeks of classes, she recalls her dismay at what she saw as an excessive focus on the bottom-line aspects of business and briefly considered dropping out of school.

“I initially hated it,” she says of the program. “It was very technical and all about profit and money and being successful, and it was nothing about what I wanted to do. I wanted to do something that would impact other people positively,” she says.

After midterm exams that fall, she sought advice from one of her professors, David Schlanger, an award-winning instructor then teaching a compulsory first-year course for all students to get to know themselves and their peers.

Prof. Schlanger vividly recalls the visit. “She came to the office and sat there and started to talk about her history,” he recalls, describing what he heard as a “devastating story.”

He says that despite Ms. Abou Ras’s unhappiness he saw a spark that revealed his student’s true personality. “I sensed an entrepreneurial spirit within her,” says Prof. Schlanger, a pioneer of entrepreneurship studies at Ted Rogers in the 1980s. “You hear about students doing things independently and I got that sense from her.”

At the time, Prof. Schlanger was also a faculty advisor to the Ryerson chapter of Enactus, an on-campus, student club for social entrepreneurship. He introduced Ms. Abou Ras to a couple of its student executives, promising her, “I think you will find like-minded students and peers.”

Almost immediately, his instincts about her were proven correct.

“She doesn’t just put her toe in the water,” he says. “She goes right in and gets involved. She is very well liked by her peers.”

Ms. Abou Ras says the workshops, which drew scores of participants over several months, “showed me that a student can actually change someone’s life.” In addition, with support of Paintbox, a social and entertainment hub in Toronto’s inner-city Regent Park neighbourhood, she and Enactus volunteers organized a community dinner featuring traditional Syrian recipes and music.

“We hosted the event to show the community what our culture looks like,” she says. “We are not just about war and violence; there is so much more to us.”

She says that running a large organization of volunteers has taught her about leadership. “As someone who always had her own ideas and knew exactly what she wanted, to be actually able to listen to my members … and change my opinion, that is one of the best lessons I have learned,” she says.

Now a third-year business student specializing in entrepreneurship, Ms. Abou Ras credits Prof. Schlanger and his semester-long “Business 100” course for helping her to find her way.

“He always used to say ‘find your pony,’” she says, citing an expression that means finding the good where none exist. “He was talking about all the amazing experiences you can have at Ryerson and the amazing impact you can have.”

Over the past decade, Prof. Schlanger transformed the compulsory Business 100 course, formerly a semester-long orientation about on-campus resources, into a motivational life-skills learning opportunity for students to build self-confidence, establish networks and discover their interests. In one exercise, students have to identify three things for which they are grateful and talk about one of them to a fellow student.

In his lectures, Prof. Schlanger discussed mindfulness and other tools of self-awareness. But he sets aside the bulk of the time for students to get to know each other, dividing them into sections of 25 participants led by senior students trained as facilitators. He required students to attend student clubs, get involved, and write about what they learn about the club, and themselves.

“You would think it [club participation] would take time away [from school] but somehow it improved the students’ confidence and the ability to get things done,” he says. “So there was a correlation in my books to getting involved in student activities and doing well.”

That is true for Ms. Abou Ras. In addition to academic studies and volunteer activities with Enactus, she is busy with a new “side hustle” – a budding business to sell hoodies and T-shirts for Ryerson’s on-campus clubs.

She defines herself as a social entrepreneur, a blend of “doing well for yourself but also doing good in the world.”

“She is one of these great stories of a student who is kind of lost in first year among 1,800 new students in business and she finds her way and takes her leadership potential to the limit,” he says.

How Memorial is turning out a new generation of social entrepreneurs
January 3, 2018 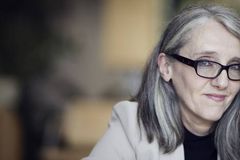