But Simon Fraser University’s Beedie School of Business is working with local school districts, non-profit organizations and a Vancouver venture capitalist to cultivate an entrepreneur’s openness to curiosity, creativity, collaboration and perseverance, beginning in grade school.

That early start matters, says SFU director of entrepreneurship Sarah Lubik, citing students who too often arrive at university preoccupied with grades rather than exploring the “what ifs” that lead in unexpected but fulfilling directions. “We realized we were getting students where we had to restart this entrepreneurial mindset and move them away from being right to being curious,” says Dr. Lubik.

Beyond an on-campus incubator and new entrepreneurship programs for students university-wide, SFU in Vancouver recently teamed up with two kindergarten-to-Grade 12 school districts in British Columbia to assess the contribution of an entrepreneurial mindset to preparing youth for an uncertain future.

Their research examined a six-week experiential learning program for students in Grades 4 through 8 to develop a real-life venture and share a portion of profits with a charity. The PowerPlay Young Entrepreneurs Program began as a for-profit initiative but now operates as a charitable (status pending) not-for-profit run by its creator, Bill Roche, with backing from Vancouver venture capitalist Charles Chang.

Mr. Roche says the program aims to develop “the skill sets for critical thinking, creativity, problem-solving and communications and ... what it takes to be successful.” Given a fast-changing economy, he adds, “young people need to have this entrepreneurial mindset.”

Mr. Chang, who contributed $10-million in 2016 for an entrepreneurship institute at SFU, emphasizes that PowerPlay is not about creating pint-sized capitalists. “We believe that everyone can benefit from some of the skills and mindsets that entrepreneurs possess,” he says, citing passion, belief in oneself and the ability to take constructive criticism. “Those same skills and mindsets would help them [students] in whatever they want to do.”

Over the past two years, the program has been offered to interested teachers in the Vancouver suburbs of Langley and Surrey, and more recently to schools in New Brunswick. Over six weeks, students apply their knowledge of math, writing and other curriculum skills to identify a problem and figure out how to solve it. “They get to make their own decisions; they are in charge and get to individually stretch themselves,” says Mr. Roche.

In one case, he says a student with an artistic bent and a spinal disorder used wire to make giraffe, jellyfish and other animals with and without spines. At a public event to show off projects, Mr. Roche says the student said she learned from her experience not to be embarrassed about her medical condition and shared some of her profits with a local children’s hospital.

A recent report, co-authored by Mr. Roche, Dr. Lubik and SFU’s Andrew Gemino, director of the Charles Chang Institute for Entrepreneurship, studied the PowerPlay program to identify key factors in entrepreneurial behaviour. In surveys of students and teachers in Langley and Surrey, the authors found that the attributes of an entrepreneur – imagination, risk-taking, continuous learning and adaptability – are more influential on behaviour than possession of particular skills or support from parents and peers.

Developing that mindset early could pay dividends by the time these students get to university, says Mr. Gemino. “We are not going to be able to train people or move people very far in university if we don’t have some kind of training beforehand about what it means to be an entrepreneur and to have an entrepreneurial mindset coming into university.”

Surrey and Langley school officials are equally enthusiastic about the pedagogical value of real-world projects, such as those offered in PowerPlay, to achieve provincial K-12 curriculum goals.

“What they [students] need to be equipped with is not necessarily content knowledge but the skills and attributes that will allow them to be successful in whatever field they go into,” says Antonio Vendramin, district principal of communicating student learning for Surrey, the largest district in British Columbia. The experiential learning model, he adds, “validates what we know is important: We learn by doing.”

Dawne Tomlinson, director of instruction for the Langley board, says PowerPlay has been an “overwhelming success,” citing its close fit with the provincial curriculum and its positive impact on disengaged students. “It brought them hope,” she says.

This fall, she expects about 40 elementary and middle schools in Langley to offer the board-funded program, up from 20 last year.

Meanwhile, SFU is also working with Young Entrepreneur Leadership Launchpad , a non-profit that provides mentors to high-school students who work on projects addressing real problems. As with PowerPlay, YELL students are encouraged to develop an entrepreneur’s capacity for creativity and resilience, no matter their ultimate career.

SFU is exploring a pilot project to offer a university credit, possibly next year, to YELL graduates.

“Entrepreneurship programs that really change attitudes, they don’t look like a lot of people imagine education to look,” says Dr. Lubik. Like the trial and error nature of a startup, she says, “they are bespoke, create-your-own projects that drive forward and [allow for] a lot of mistakes.”

She laments, “we have so many students who are scared to make mistakes and that is dangerous as an attitude.” 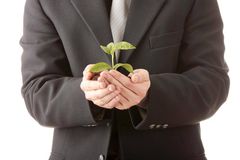