Erik, 40, has been working for the same security products company for 16 years. “I’ve progressed steadily, but feel like I’ve hit a plateau at the director level,” Erik writes. “It’s time for a change. There might be a midlife crisis lurking too. If I don’t move soon, will it be too late?” While Erik was thinking of leaving well before the pandemic, COVID-19 has added some frustrations, such as a temporary pay cut. “Working in a mostly empty office has sucked a lot of the remaining joy out of coming to work every day,” Erik explains.

So Erik is now seeking work with a new company. He’s eager to have more opportunities for mentorship, which he feels are lacking at his current company. While Erik has worn many hats with his current company, he’s honing in on HR and internal communications since he enjoys these tasks the most. “I love public speaking and giving presentations,” he writes. “Being the face of an organization or department interests me a lot.” Erik’s job search isn’t industry-specific. Rather, he’s focusing on larger organizations where he believes he’ll have more opportunities to receive mentorship and work on big-picture strategies. But despite working in HR, he’s struggling with making his resume stand out. “I’ve reviewed a lot of resumes when hiring and feel like I’ve turned mine into the type of resume I hate to see – packed with information and void of personality,” Erik writes. So we reached out to career coach Kathryn Meisner and Mohammed Chahdi, director of HR operations for the Americas at Dell Technologies, to review Erik’s resume and offer him advice for his next steps.

While Ms. Meisner says that Erik’s resume is clean and impactful, she does have some recommendations. First of all, Erik’s resume is three pages long but Ms. Meisner recommends cutting it down to two pages. He can accomplish this by moving information located in the left column into a horizontal header at the top of the first page. He can then eliminate the header on the second page, further saving space.

Currently, Erik’s key skills occupy most of the first page. But Ms. Meisner believes this should be condensed into just six-to-eight bullet points. This area can also be used to highlight unique skills too. “The fact that Erik is a voice actor is interesting and memorable,” Ms. Meisner says. “Since resume readers can see hundreds of resumes a day, anything memorable should be highlighted early on in the resume, in a ‘profile’ or ‘key skills’ section.” Erik’s interest in public speaking can also be added into his ‘key skills’ section.

While Erik is feeling stuck in his current company, Ms. Meisner also encourages him to consider whether his current role could be adapted to become more ideal. He seems to have a good relationship with his employer, so he can set up a discussion to shape his current role or create a new role that meets his needs. Erik should also think about what helpful mentorship would look like in practice, which will make it easier to tell his current employer what he’s looking for. “Erik can either pursue internal opportunities before he officially starts job searching or he can do both simultaneously,” she says. “If he doesn’t want to stay with his employer or they’re not able to meet his needs, this will provide great practice for advocating for himself and articulating what he wants.”

While Erik’s resume includes eye-catching icons, Mr. Chahdi worries that they may cause confusion with companies using Applicant Tracking Software (ATS). “Graphics may come across as unprofessional based on the company’s culture,” Mr. Chahdi says. “Graphics are still new territory for a lot of companies and tend to distract the reader. I would recommend having a graphic-free version handy in case the recruiter asks for it as a follow-up.”

Like Ms. Meisner, Mr. Chahdi also recommends keeping a resume under two pages. Erik can accomplish this by focusing just on the last 10 years of his work experience. “When called for an interview, Erik can always share more insights into anything beyond the 10-year mark that he feels has relevance to his overall story and the role he’s applying for,” Mr. Chahdi advises.

Mr. Chahdi notes that Erik’s resume is heavy on hard skills such as technical capabilities and software. “While these are essential, Erik should also balance them with soft skills such as collaboration, critical thinking and team-building,” he explains. “Soft skills are especially important for organizations when hiring at a higher level as well.”

When Erik reaches the interview stage, Mr. Chahdi encourages him to be ready with a story to share about his overall career, how he showed continued growth and how his next role will contribute to his overall career. "The natural question Erik can expect is, “Why change companies now?” he says. “Erik’s answer needs to be a continuation of his story.”

Erik has successfully cut his resume down to two pages by condensing his key skills section and reformatting info from the left column into a top header. He has noted his internal communications interests more prominently by making it a heading in his key skills section. He has also highlighted his public speaking skills more prominently and has also added his voice acting experience in his profile to make it stand out. While he chose to keep some graphics as design elements, he has eliminated some to prevent confusion with ATS software. Finally, Erik has also added more soft skills throughout his resume to balance out his hard skills.

Email us with your resume at globecareers@globeandmail.com and we’ll ask a career coach and an expert in your field to provide their feedback. Names and some details are changed to protect the privacy of the persons profiled. We’re especially interested in hearing from those who have had their employment impacted by COVID-19. On the flipside, if you’re a hiring manager interested in reaching out to the person profiled, we encourage you to contact us as well.

I signed a non-compete clause in my job contract but I really want to branch out. Is this enforceable?
Subscriber content
November 9, 2020 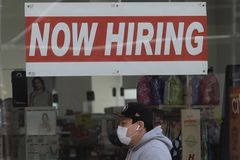 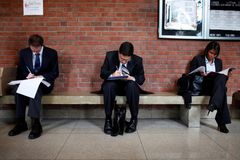 Well-being through the pandemic: Advice for those living with a partner
November 10, 2020 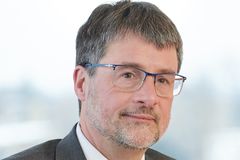