The booming Canadian technology industry is outpacing the country’s ability to fill in talent gaps, causing employers to look beyond the nation’s borders for high-tech hires.

While STEM (science, technology, engineering and mathematics) careers are enjoying the fastest growth rate in Canada – with demand increasing by 4.6 per cent each year compared to 1.8 per cent in the job market as a whole – less than a quarter of postsecondary graduates are from STEM fields, according to the latest censuses. As a result, the sector is expecting a skills shortage of approximately 220,000 by 2020.

“The jobs are here, and they’re waiting for Canadians to fill them, and Canadians aren’t jumping on them for whatever reason,” said Manu Varma, vice-president of human resources for Vancouver-based professional services consultancy Traction on Demand.

In order to help fill that talent gap, Mr. Varma says that nine of the company’s 355 staff members were recruited and hired from abroad. Four were processed through the Global Talent Stream visa program, which launched in June, 2017, and five through VanHack, a Vancouver-based organization that seeks to assist tech workers and employers with cross-border hiring.

VanHack recently hosted an event in Toronto in partnership with the MaRS Discovery District, inviting Toronto-based tech industry employers to mingle with a pool of international candidates.

“We’ve helped 454 people get hired in the last three years, and most of those have been in Canada, about 300, and the rest in Europe,” said VanHack chief executive and founder, Ilya Brotzky.

While living in Brazil, the Soviet-born entrepreneur, who has also lived in Israel, Canada and the United States, began a career-training program for others looking to immigrate to the country.

“There wasn’t much demand, and all my Brazilian friends said, ‘Ilya, you should do this the other way around, there’s a lot of Brazilians that want to move to Canada,’ so I just followed the demand,” he said.

Since its founding three years ago, Mr. Brotzky says VanHack has seen interest in Canada as a destination for foreign technology workers skyrocket. “It’s an interesting time now for Canada, which is why I moved back,” he said.

With a booming domestic technology industry, Mr. Brotzky says demand for talent in Canada is increasing, and the new Global Talent Stream visa is allowing highly skilled workers to immigrate more quickly and seamlessly than ever before.

“The H1B visa program [in the United States] takes too much time. Everybody knows that now,” he said. “If you get a job offer here, you can be in Canada in less than two months.”

The contrast between the two North American countries’ approaches to foreign talent is not lost on tech workers from abroad looking to relocate.

“I want a place that wants me, and wants me to feel part of the community,” said Thiago Santos, a full stack developer originally from Brazil and currently employed at the Cleveland Clinic in Abu Dhabi. “I’m here to bring value, and I don’t want to be begging for a permanent residence visa in order to show what I can do.”

After 17 years working on four different continents in the technology industry, Mr. Santos arrived at VanHack’s Toronto event aiming to connect with startups interested in his talents. While he’s proud of the work he’s accomplished in Abu Dhabi, Mr. Santos says he wants to raise his two daughters in a more open and equal society.

While the United States, and specifically Silicon Valley, was once the top target for global tech talent, Mr. Santos says recent political events and nativist sentiments have had an impact on the country’s brand internationally. “I don’t think the U.S. is even an option any more,” he said. “Even if they did want me, I don’t think I would live in a place like that.”

That sentiment was shared by fellow Brazilian candidate Michel Traub, who says he became interested in Canada after seeing Prime Minister Justin Trudeau marching in Toronto’s Pride Parade. “I thought this looks like a great environment to live and work,” he said. “Silicon Valley is a place that everybody seems to be fighting each other, and in Canada it seems everybody is helping each other.”

Although the Global Talent Stream visa has made the process of bringing in foreign talent easier for tech industry employers, successfully bringing these people on board is still more complex than it would be for a local hire.

“I think that it’s really critical to have one-on-ones for the first two months, checking in every single week with a designated co-worker to see how things are going,” said Caitlin MacGregor, the CEO and co-founder of Plum, a Waterloo, Ont.-based employee and candidate assessment company. “Getting a permanent place is tricky, so it’s good to have a clean, safe, affordable option where they can stay for the first month.”

Two of her employees, both senior developers, were sourced through VanHack. Ms. MacGregor says she turned to the service upon realizing how difficult it was to hire for senior technology positions in the domestic market alone.

“Companies are working really hard to retain their talent, so when you post a job there are just not enough people at the level that you need applying,” she said, adding that training existing staff for senior roles isn’t a realistic option for small companies such as hers. “Bringing in foreign talent allows you to finally have a big enough pool of applicants.” 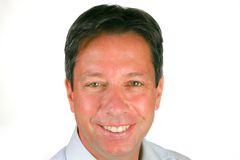 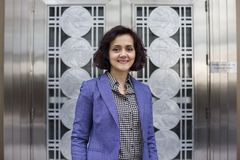 Signs emerging that more females are gravitating to STEM fields
May 21, 2018 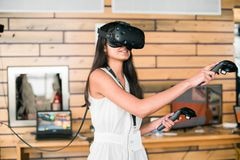