The role: Aviation maintenance engineers, or AMEs, are responsible for the maintenance and repair of aircraft.

“When your plane lands and does a turnaround, there are people there who come out and if there’s any issues with the plane they fix it before the plane takes off again,” said Robert Donald, the executive director of the Canadian Council for Aviation and Aerospace.

Mr. Donald explains that AMEs are also responsible for conducting regularly scheduled maintenance on aircraft at predetermined intervals. For example, depending on the size and type of aircraft, service checks are required every 24 to 48 hours, after 500 to 1,000 flight hours, every 20 to 25 months and every six to 10 years. Such maintenance operations can range from a few hours to a few months, depending on the work that needs to be completed.

“Every system, every moving part is checked, verified, greased, rebuilt, replaced, whatever has to be done,” Mr. Donald said.

Traditionally, AMEs specialize in one of three areas: maintenance, structures and avionics, which refers to electrical systems. “Increasingly, with larger operators, those three trades are becoming merged, and the work that an aviation maintenance engineer has to do crosses over the traditional demarcation of those trades,” Mr. Donald said, adding that technology is also driving the need for more multidisciplinary skills.

Salary: According to the Canadian job aggregate website Neuvoo, AMEs in Canada earn a median annual salary of about $58,200. Entry-level positions start at roughly $29,600 annually, while more seasoned professionals earn an average of about $81,750 a year.

“When you come out of school you are not a licensed AME, you are a graduate of a Transport Canada-approved program to become an AME, so you would be starting at about $14 to $20 an hour,” Mr. Donald said. “Once you actually get your licence you have additional responsibilities, and earn a higher salary.”

Mr. Donald adds that even fully licensed AMEs can continue expanding their credentials, which typically results in higher wages. “The more aircrafts you're certified to work on, the more experience you have, the higher your pay,” he said.

Education: Transport Canada-certified AME training programs are available through colleges from coast to coast, and typically take two years to complete. AMEs are also required to complete 48 months of accredited, on-the-job training, although they receive some of that training through their educational program.

Once they’ve completed the required work experience, students are eligible to write an exam administered by Transport Canada. Those who pass the exam are licensed as accredited AMEs, although they can still receive additional training on specific aircraft and systems.

Job prospects: The aviation industry is facing a critical shortage of qualified professionals, and especially AMEs. According to a recent report by the Canadian Council for Aviation and Aerospace, the industry will need to add roughly 5,300 AMEs in Canada by the year 2025, but only graduates about 600 a year.

“There are many reports of companies that literally have airplanes and helicopters on the ground because they don’t have enough aviation maintenance engineers today,” Mr. Donald said. “The industry continues to grow – I believe the projected rate is 7 per cent per year – and we are facing massive retirement like everyone else due to the baby boomers.”

Challenges: While many AMEs work 9 to 5, most begin their career working irregular hours. “It’s not unusual for people coming out of school to start on night shift, and not everyone wants to do that,” Mr. Donald said.

Why they do it: According to Mr. Donald, the role appeals to those who enjoy using analytical and critical thinking skills to solve complex problems.

“When there’s a defect that is not identified and they have to track it down, it can be enormously challenging, but I think that’s part of what they enjoy about the job, because it’s enormously stimulating,” he said.

Misconceptions: Mr. Donald says that many picture AMEs as working in a low-tech, auto garage-like environment. “That’s not it at all,” he says. “These people are using the latest technology to diagnose issues, and fixing them using state-of-the-art tools.”

I want to be a marine engineer ... what will my salary be?
Subscriber content
February 7, 2020 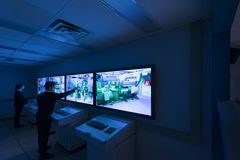 I want to be a sustainable interior designer … what will my salary be?
Subscriber content
January 17, 2020 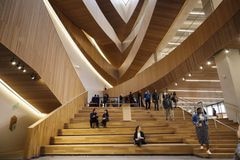 I want to be a ecological restoration biologist … what will my salary be?
Subscriber content
November 22, 2019 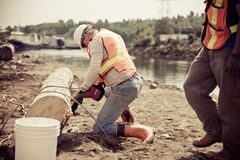