The Role: Originally introduced in 2008 to support bitcoin transactions, the technology known as blockchain goes far beyond the world of cryptocurrencies today. Often described as a decentralized digital ledger, blockchains are now utilized in fields ranging from financial technology to contract law to health care for its ability to reliably store records in a manner that is verifiable, permanent and almost completely tamper-proof.

Proponents of the technology believe that it will eventually come to replace third-party intermediaries, central authorities, legal systems and other external enforcement mechanisms when it comes to transactions, inventory tracking, record keeping and legal agreements. Blockchain engineers are responsible for building applications and technologies using this relatively new technology.

“In a typical day, a blockchain engineer could be working on developing blockchain code or smart contracts that run on that code, setting up and maintaining infrastructure, or interacting with the business owners on identifying the interfaces, processes and tools that the blockchain should support,” explained Luka Horvat, head of talent operations for freelance talent network Toptal, which offers blockchain-development solutions.

“Engineers working on blockchain projects tend to bill higher rates than for other technologies at the moment,” explained Mr. Horvat.

“Once the hype around blockchain starts to diminish and the technology is viewed as being more mainstream, there will likely be some stabilization of the rates engineers charge to be more similar to other in-demand technologies,” added Mr. Horvat.

Education: There are limited options for formal training as a blockchain engineer. While some postsecondary software-engineering programs offer blockchain courses, and while there are a number of crash-course training programs available in Canada, Mr. Horvat says that many working in the industry today are self-taught.

“By the time someone would design and implement an in-depth curriculum, it’s likely a lot would change with that specific technology,” he said.

Instead, Mr. Horvat says blockchain engineers typically have substantial previous experience in back-end or system development before pursuing self-education in the field.

Job prospects: With new applications for the technology constantly being discovered, and relatively few practitioners currently available, demand for blockchain engineers in Canada is very strong, and only expected to increase. “Toptal has seen an increase in client demand for blockchain expertise by over 700 per cent since January, 2017,” said Mr. Horvat.

Challenges: One of the greatest challenges of working in such a new field within the technology industry is that it is constantly changing, and keeping up can be difficult.

“A big part of being a successful blockchain engineer means staying up to date with the ever-changing landscape of technologies,” said Mr. Horvat. “As new tools and new versions of existing tools are being released on an almost daily basis, keeping track of them is no easy task.”

Why they do it: Apart from the higher-than-average salary – even when compared with other technology industry workers – blockchain engineers typically enjoy the challenge of innovating in a brand-new field.

“Most of the blockchain engineers we surveyed cite extremely high levels of satisfaction with their jobs and the technologies they work with,” said Mr. Horvat. “These skilled engineers enjoy being on the cutting edge of technological progress and applying those technologies to improving various aspects of businesses or people’s lives.”

Misconceptions: Although blockchain was originally conceived to support bitcoin, many people fail to differentiate the technologies, even as blockchain technologies seep into domains ranging from health care to smart contracts to supply chain management.

“People often confuse cryptocurrencies with blockchain, and are having a hard time grasping the core concepts of the blockchain, as well as how it could be used in other domains,” said Mr. Horvat. 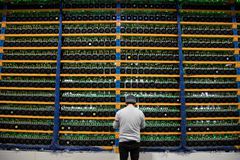 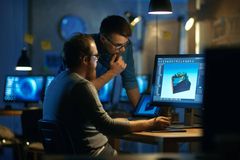