The role: To oversee the production process of a licensed marijuana producer and ensure it meets quality and compliance standards.

“Essentially they’re ensuring that there are proper standard operating procedures for quality throughout the organization, that there is proper sanitation and microbial testing occurring in the facility, and that all the growing, cultivation and processing is being done to quality standards,” explained Alison McMahon, the CEO of Cannabis at Work, a Canadian cannabis-industry staffing agency.

Ms. McMahon adds that quality assurance people are also responsible for sending product samples to licensed third-party testing facilities and ensuring all products attain a certificate of analysis that confirms they are safe for consumption before being sold.

“They are very closely liaising between Health Canada and the licensed producer that they work for,” she said. “The quality assurance person would also be responsible for managing any reported adverse impacts that a customer might have, and in the case that there was any sort of recall needed, they would manage the recall process as well.”

Quality assurance people are also responsible for document control and tracking as plants are tested and moved throughout the production facility.

Salary: According to a 2018 salary survey conducted by Cannabis at Work, the median entry-level salary for quality assurance people in Canada is $80,000 per year. Those who are midway through their careers can expect a median salary of $97,000 annually, while the highest earners enjoy a salary of roughly $109,000 per year.

Education: The Access to Cannabis for Medical Purposes Regulations (ACMPR) required all quality assurance people to have at least a Bachelor of Science degree from an accredited postsecondary institution. The Cannabis Act, which replaced the ACMPR on Oct. 17, 2018, has no such requirement, though Ms. McMahon says it remains an industry standard.

“In my professional opinion, I would still say a science degree would be something the employer would want to see,” she said, adding that those with more advanced degrees typically command higher salaries.

Job prospects: Licensed producers in Canada are still struggling to meet the demand for recreational cannabis, and Ms. McMahon says the industry expects more licenses to be distributed in the coming months. Each new facility that is approved is required by law to employ quality assurance people, leading to strong job prospects.

“There’s an ongoing need for quality assurance people in the industry,” said Ms. McMahon. “This industry is so rapidly growing – there are new applicants coming in all the time that want to have production facilities and are going through the process of setting those up – so there will be continued demand for this role.”

“The most challenging side is having the aptitude and the desire to work in an environment where there’s going to be a lot more ambiguity and problem-solving than there would be in some of those other sectors,” she said.

Why they do it: Ms. McMahon says that many are attracted to the cannabis industry for the same reason that people flocked to California in the mid-1800s.

“A lot of people see cannabis as our generation’s version of the gold rush – ‘the green rush’ – and I think people are just really excited to be a part of it,” she said. “It’s an opportunity for people to apply a skill set they’ve had for a long time, and have a lot of expertise in, to a whole new area.”

Misconceptions: Those unfamiliar with the role might assume it involves sampling of the product, but no part of the job requires actual consumption, says Ms. McMahon.

“That’s definitely a joke I hear often, like 'Oh, I want that job because you get to sit around and consume cannabis all day,’” she said. “It’s very much the opposite, given that all cannabis, including any that has to be disposed of or destroyed, has to be accounted for.”

I want to be an instructional designer ... what will my salary be? Subscriber content
December 19, 2018 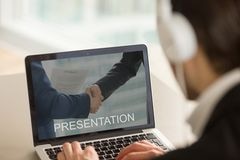 I want to be a health-care engineer ... what will my salary be? Subscriber content
December 4, 2018 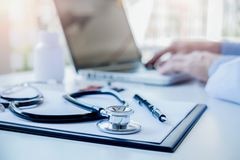 I want to be a benefits administrator … what will my salary be? Subscriber content
November 27, 2018 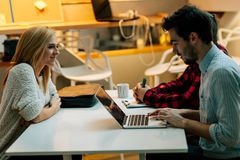