Ms. Mazerolle adds that this form of testing is used to determine whether the patient has arrhythmia, or an abnormality in their heart rate.

“Ambulatory monitoring can include Holter monitors, which are monitors that the technologist puts on a patient to look at the same things but over a long period of time,” she says, adding that such monitors are portable and track heart activity over multiple days. “We can also hook up blood pressure monitors, and the exercise stress testing is essentially putting the patient on a treadmill to stress the heart and look at changes in their rhythm, rate, blood pressure or any arrhythmias they may have.”

Cardiology technologists are primarily employed by hospitals but can also be found in private clinics, medical labs, cardiac-rehab facilities, equipment companies and elsewhere in the medical community. Ms. Mazerolle says those who work in hospitals are often part of a larger cardiac team, typically working in eight-hour shifts and spending much of that time on their feet.

Practitioners also spend much of their time communicating directly with patients, administering tests and discussing results with medical staff.

Those with a high-school education or equivalency can apply for enrolment in one of the two-year diploma programs offered by eight Canadian institutions. Some institutions may also have specific grade and course requirements for applicants.

Upon completion of their training, students must also pass a Canadian Society of Cardiology Technologists exam in order to work in the industry. Students are also eligible to pursue more advanced education in cardiac sciences after a minimum of two years of practice.

Job prospects: Demand for cardiology technologists in Canada is steadily increasing along with the country’s aging population. “There’s a continued, steady need for graduates, particularly to replace those baby boomers who are now beginning to retire,” Ms. Mazerolle says, adding that an older population also means a higher rate of cardiac diseases.

Challenges: Hospitals and health-care facilities are often high-stress working environments, especially for shift workers who are on their feet for much of their working hours.

“It’s a very fast-paced environment, which can be stressful,” Ms. Mazerolle says. “Successful candidates have to be good at multitasking, and sustaining long periods of standing and walking.”

Why they do it: According to student and alumni questionnaires, Ms. Mazerolle says many people pursue a career as a cardiology technologist after a family member receives some form of cardiac care.

“[It often attracts] people that have had previous experience in the cardiac world, say a family member who had a heart attack,” she says, adding that others are attracted by the opportunity to provide medical assistance. “It’s a very rewarding career.”

Misconceptions: Many only associate cardiology technologists with ECGs, as it is one of the most common tests they administer, but they are far from being the only form of heart monitoring practitioners perform. “They’re working with patients on other, non-invasive cardiac procedures, such as exercise stress testing and ambulatory care,” Ms. Mazerolle says. 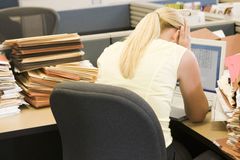 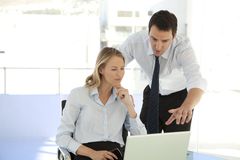 R&R is essential, but are we getting the second part wrong?
Subscriber content
April 18, 2019 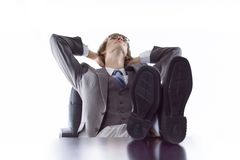