The role: Use mathematical algorithms to utilize data for specific outcomes. These data sets and outcomes will vary depending on the organization and its needs, and it is up to a data scientist to evaluate the available data and tools and determine how best to apply them.

“The common thread is that they are using computational tools, programming languages and other computational resources to process data in some way that either generates an insight or makes a prediction about something important to the business,” explains Colin Fraser, a data scientist for Vancouver-based online charitable giving platform CHIMP.

Mr. Fraser explains that while data scientists do spend part of their time coding, looking at data sets and building algorithms, much of the role involves learning about the latest data analytics tools and communicating opportunities and challenges with stakeholders.

“Whenever you’re involved in designing something into a product, there’s a whole lot of stakeholders, and you have to be able to communicate what it is you can and can’t do,” he said. “A great deal of my time is also spent just wrestling with the technology, trying to actually get the data from different sources and get it into a suitable form that I can deal with, and then trying to figure out the best way to achieve whatever I’m trying to do.”

Salary: As an increasingly vital asset for technology organizations and companies that utilize data, the salary for data scientists is relatively high, even compared with other roles in the technology industry.

According to online career resource Indeed, the average salary of a data scientist in Canada is almost $95,000, although it can range widely depending on a number of factors.

While there are no firm educational requirements in the field, it is not uncommon for data scientists to hold advanced degrees, which typically command a higher salary.

“The employer has a lot to do with it,” Mr. Fraser said. “Companies like Amazon, Google and Facebook, the tech giants, hire a lot of data scientists at a really high salary, and that has an effect.”

Mr. Fraser explains that not only do these large companies pay higher salaries to their employees, but they tend to drive the market within the cities where they employ them, as other employers feel challenged to make competitive offers.

Mr. Fraser adds that in this quickly evolving field, those with proficiency and experience using the latest tools available to data scientists can command higher salaries as well.

Education: As a relatively new industry, there are no licensing or educational requirements, although many in the field hold advanced degrees.

“Most will have a master’s degree in either statistics or computer science, and many will have a PhD in a highly quantitative field, like engineering or physics,” Mr. Fraser said. “It’s hard to do with less than that.”

Job prospects: Demand for data scientists is increasing as more organizations seek to utilize the data they are collecting to gather insights, offer new products and consider new business models. While the recent spike in educational programs in the field is helping to meet that need, data scientists remain in high demand.

Challenges: One of the most significant challenges faced by data scientists is organizing data from various sources or in various formats and unifying them in a way that can be processed and utilized. Furthermore, as new tools and methods become available, data scientists are tasked with staying on top of a quickly moving industry.

Why they do it: Aside from the higher-than-average salary, data scientists tend to enjoy tinkering with software tools and are on the leading edge of a field that is becoming increasingly vital to businesses.

Misconceptions: Many picture data scientists hunched over a computer screen all day, but Mr. Fraser says the role requires a lot more communication and interpersonal skills than most people realize.

“Trying to communicate in layman terms what data science can do to solve a problem is a big part of the job, and trying to convert business terms into data science is a huge part of it,” he said.

I want to be a clinical informatics specialist ... what will my salary be?
Subscriber content
May 9, 2018 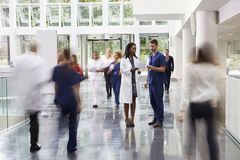 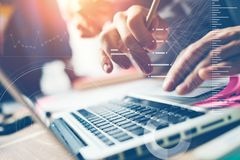